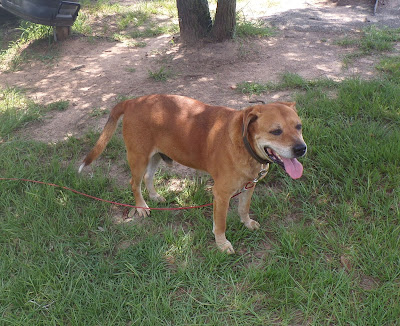 Champ – Today
This is Champ today. He is ten years old. Not to the date. I don’t know when he was born. I found him by the side of the road. He was the only one who could get out of a basket. There were seven other puppies his size, and I was told that a lady came by and got them right after I left with Champ. 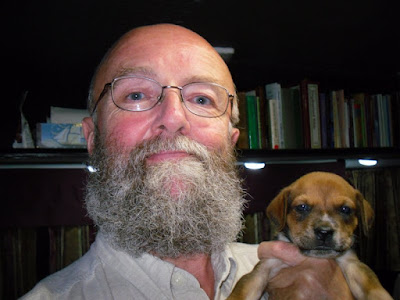 This is me and Champ ten years ago. A couple of years ago I heard that the last of Champ’s siblings had gotten run over by a car. I had actually met this one shortly before this time. He was a very nice dog. Never met a stranger. But, like his other brothers and sisters, besides Champ, he was to meet with a sudden death. He was perhaps 7 years old when he died. Now all that is left is Champ. It seems strange that Champ is perhaps the orneriest one of his siblings and is still alive. Champ has never met a stranger either. He thinks all people are his enemies. He will bark at everyone who comes within his earshot. I only know 6 people that he won’t bark at. Me, Randy Simmons, Nicholas Teal, George Young, Joe Boes, and my daughter Kristin. He will give everyone else a terrific barking at, and if they don’t show enough gumption (Yes, that is a word), he will continue barking and won’t let them anywhere near the end of his leash.
This is what seems strange to me. According to what I have heard of Champ’s brothers and sisters over the years, they all seemed fine. They wouldn’t harm a fly. A person could walk right up to them and start petting them. This didn’t make them any brighter around cars, however. They still all died, run over by the Greyhound. This is just a manner of speaking, of course. I have never seen any Greyhound buses around here. I don’t suppose Champ would have done any better. He has just never had a chance to get loose. He stays on his leash next to my bus/motorhome. He has a hundred foot runner, with about a fifteen foot lead on either side. This gives him about 130′ x 30′, or about 3,900 feet of running room. He seems quite content with this. On the rare occasion where his leash has broken, I would find him in his regular place in the morning. He would be waiting for breakfast. Smart dog.
I would like to comment on this blog by citing a posting from where Champ was 2 years old.
Joseph Herrin (01-16-2013) 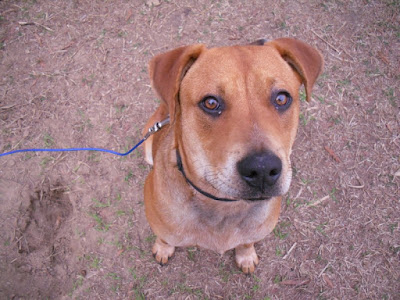 Champ
If you are new to this blog, you can find a post on the remarkable way in which Yahweh provided a dog for me in the post at the following link:
https://parables.blog/2012/06/rescue-perishing.html
The photo above was taken today (8 years ago). Champ is growing up. He is a strong, healthy dog. He is a real musher. When I attach him to the dog jogger on my bicycle, he is so eager to go that for about the first quarter mile I don’t have to peddle at all. I have one of those digital monitors on my bike that tells you speed, distance, and time. From a dead stop, Champ will have me cruising along at about 16 MPH as he eagerly runs down the dirt lanes out here in the country. 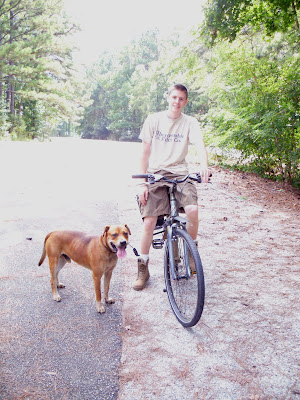 Dog Jogger
The image above shows the type of Dog Jogger that I use (It is Nicholas with Champ in the photo). Champ and I regularly make a 5 mile circuit down the country roads near where I am parked. All the roads are dirt, and we rarely pass a vehicle.
When I traveled to Mississippi recently for my father’s funeral, Randy Simmons drove down from Macon to check on Champ. Randy only came one day, but that was enough for him to teach Champ the commands to “sit” and “stay.” I was quite impressed when I got back. The photo at the top of the page shows Champ right after I told him to sit. 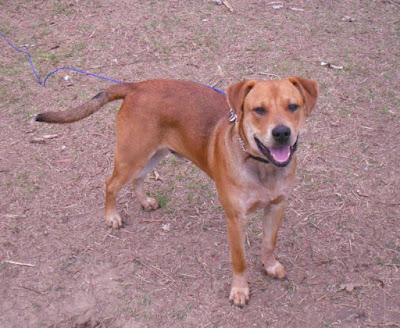 Champ on Runner
Champ is an outdoor dog. He doesn’t do well inside the bus. He has far too much energy and curiosity, not to mention that he smells like…well, like a dog. He loves it out of doors, and he has had a number of “buddies” drop by to see him since we have been at our present location. You cannot see any of the neighbors’ houses from our location, but there are a few other people scattered around. One young man lives about a quarter mile away and has a purebred Border Collie.
Border Collies are very intelligent animals, and extremely high energy. This particular Bordie Collie was solid black, and female. Champ liked to have her come around. They would play with one another. The Border Collie was a few years older than Champ, and she helped “learn him some manners,” as the saying goes here in the South. She would come and go. Her owner never kept her locked up, or on a leash. Most of the people around here let their dogs roam free.
A few weeks ago two Pit Bull puppies showed up. They were extremely friendly, and appeared well fed. They were making the rounds between various neighbors’ houses as somebody evidently dumped them out beside the road to get rid of them. They were beautiful dogs and they too began hanging out with Champ. 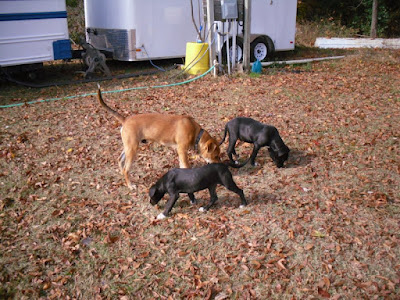 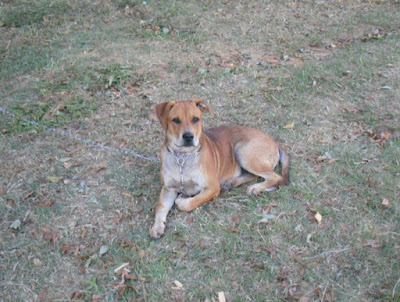 Champ
Champ has grown so that I cannot hold him in one hand anymore, but I will always hold him close to my heart.
May you be blessed with peace and understanding in these days.