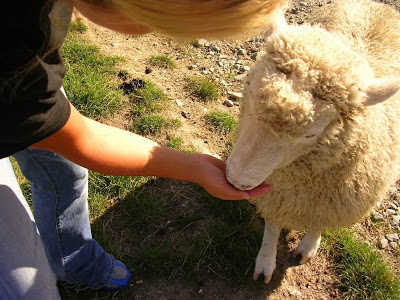 As a follow-up to the previous post on Comet Lovejoy’s amazing survival of its baptism of fire, I would share a comment posted by Joe Boes. Joe wrote the following:

I’d like to add something to this truly amazing event and the parable behind it. The comet “lovejoy” is a member of the Kreutz-Family. I found this even more incredible, the name Kreutz is a German spelling variation of “Kreuz” and Kreuz is the German word for “Cross.”
[End Excerpt]

In case you have forgotten the detail to which Joe is referring, Comet Lovejoy is among a family of comets known as Kreutz Sungrazers. The Space Weather website said this about this group of comets.

Kreutz sungrazers are fragments of a single giant comet (probably the Great Comet of 1106) that broke apart back in the 12th century.

This poignant detail adds further emphasis to the message Yahweh has provided through this heavenly sign.

Today I received an e-mail from a sister in Christ (Ruthie) in which she made known to me a recent event that occurred in the life of Nathan Leal. Many of those reading this blog will perhaps be familiar with Mr. Leal as he has hosted some popular Internet radio broadcasts on current events and the last days, giving his perspective of what God is speaking. He has a website called Watchman’s Cry.

On December 7th (Pearl Harbor Day, another baptism of fire) Nathan Leal posted a blog describing a fire that had occurred in the night at his home in Idaho. A recently constructed sheep shelter went up in flames, though all of the sheep escaped unharmed. I encourage you to read the article, and I will share my comments below.

One of the things that stood out prominently is the focus on vehicles in this post. I have often shared that vehicles represent ministries. Both Nathan’s truck and his wife’s van burned up in the fire. The only vehicle to survive was an old pick-up truck that belonged to Nathan’s son.

As a parable, there is much to discover. Many ministries will be tried in this late hour. Judgment must begin at the house of God (the sheep shelter). That which is constructed of wood, HAY, and stubble will suffer loss.

I believe it is significant that the truck belonging to the son survived, and that it was used the next day by Nathan to carry hay to the sheep to feed them. As the fire of God tests what the church has built, Yahweh will consume much, but that which belongs to the Son, the true ministry of Christ, will endure. That ministry is described in the following words of Christ to Peter.

There is much ministry today that has departed from the pattern found in these words. Many ministers are seeking to entertain the flock of Christ. Others are attempting to keep them excited, or titillated with endless conspiracy theories, reports of impending disasters, and a focus on that which is sensational.

Although there is a place for reporting on current events, much of the reporting by ministers is unsound. Many ministers, not having embraced, or understood the need for the church to undergo a fiery cleansing, bring forth interpretations of events that are more likely to put the sheep into an attitude of panic or flight than one of endurance and perseverance. Some are incited by these ministers to resort to carnal weapons of the flesh to protest government actions, fearing that their religious freedoms, and comfortable Christian lives are being threatened.

Many of these ministries will be subjected to the fire in the coming days, and a great many will not survive. It will be revealed that they were built of wood, hay and stubble, rather than the gold, silver, and precious stones that can endure the flames.

Part of the article speaks of Nathan Leal staying up all night, exhausting himself, trying to discover and put out all the hot spots that would flare up as the scattered hay would ignite. This is also the approach of many ministers today. They are scanning the Internet for every news item, every rumor, and are running from one crisis of the moment to the next. They are keeping the sheep stirred up by constantly sounding an alarm about some potential threat, or another. The sheep are not nourished by such actions, and God must correct the focus of these ministries, or remove them altogether.

It is very easy to get caught up in this mode, for people are attracted to that which is sensational. I have noted often that there are far more who read the reports I post of current events, and who comment on them, than those who respond to the very necessary doctrinal teaching that I set before the people of God. There is a temptation to give people what they want, but Christ’s command is to “Feed my sheep!”

Not all things are profitable. Oftentimes that which the flock of Christ needs is not that which is most exciting or attractive. The message of the disciple’s cross is a case in point. The Spirit continues to lead me to lay emphasis on the preaching of the cross, for this is true food. Christ said, “My meat is to do the will of the Father.” The Father’s will led the Son of God to the cross. Yahweh will similarly lead all His sons and daughters to experiences of the cross.

I suspect there is a parable to be found also in the fact that the one whose vehicle (ministry) was saved was criticized by the one whose vehicle (ministry) was lost. When Nathan went back into the house to find his glasses so he could see, his son acted quickly to move his truck far enough away from the fire that it might survive. There are many ministers in this hour who do not see things very clearly. When the judgment falls, it will be a poor time to seek to correct their vision. The delay caused as they try to understand what is happening will result in much loss. Looking further at the experience of Nathan Leal, there is hope that some whose ministries were lost will regain their sight (find their glasses) and begin to embrace that ministry of feeding the sheep to which they were called.