Getting MY HOUSE in Order – A Confession and Apology

I sense the conviction of the Holy Spirit that I need to publicly confess error concerning some statements I made in 2009 and early last year concerning the collapse of America during the tenure of the 111th Congress. Let me begin by sharing plainly what was spoken, for I believe apologies, confession, and repentance must necessarily be specific. Following is an excerpt from the blog posts that include the misspoken words.

The Spirit is testifying of some very troublesome days which are just ahead. I do not know how close we are to the fall of America, other than that the Spirit is testifying that during the time of the 111th Congress that the Union will disintegrate, the economy will collapse, and things will radically change in the lives of all men and women in America with the effect being felt throughout the world. The 111th Congress convened this past January and runs for a period of two years.
[Source: https://heart4god.ws/wordpress/2009/03/signs-of-end.html]

America’s Swan Song
Joseph Herrin (02-16-2009)
…
Last year over the course of the Labor Day week-end as Hurricane Ike was pummeling Texas, a catastrophic train crash occurred in California. A commuter train that had departed from UNION station in Los Angeles collided with a UNION Pacific freight train. The commuter train did not even apply brakes and it was running at a high speed. What happened occurred suddenly. The commuter train was Metrolink 111. 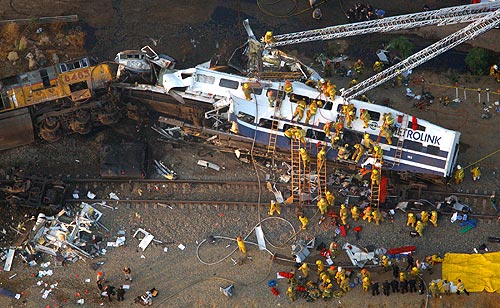 This is one more profound symbol of the Union ending with the 111th Congress.


Incidentally, Beethoven’s last piano sonata was Opus 111. The word Sonata comes from the Latin sonare “to sound.” The pianist Robert Taub has called it “a work of unmatched drama and transcendence…” In a sense it was Beethoven’s swan song for this instrument.


Hear what the Spirit is declaring! America’s Swan Song is now being played. The conductor has stepped up to conduct the orchestra. The 435 members of Congress have taken their places. There will not be another performance.
[Source: https://heart4god.ws/wordpress/2009/02/americas-swan-song.html]

Making such statements and attributing them to the inspiration of the Holy Spirit is an egregious transgression. As a teacher to the body of Christ, I will be held to a stricter judgment than others. For this reason, I want to be very precise and clear in confessing error after the counsel given to us in the Scriptures.

Around the middle of 2010 I began to consider further whether my predictions concerning the timing of collapse coming to America were based upon the reasoning of the soul, or whether they had come by revelation of the Spirit. I began to change the way I expressed this matter, no longer proclaiming that it was by way of revelation.

Yesterday a brother in Christ informed me of a detail relating to the Chatsworth Train Wreck of which I was not aware. Some may be more familiar with this event as the Metrolink 111 train crash. I have written of the significance of this catastrophe.


Metrolink 111 had begun its run at UNION Station in Los Angeles. It crashed full speed into a UNION Pacific freight train traveling in the opposite direction. The results were horrendous as dozens were killed and many more were seriously maimed and injured.


I have related how this is a parable of the disintegration of America as a UNION. Barack Obama has been compared largely to Abraham Lincoln. Both were from the state of Illinois. Both had limited political experience prior to becoming president. Both were tall and lanky. Both have some relationship to the struggle for minority civil rights.


Soon we will be able to add:


Both were president when the nation went through a great constitutional crisis and the nation was divided, martial law was instituted, thousands of Americans were locked up without trial, and federal troops were employed to battle the citizens of this nation.


I had noted that the train involved in this symbolic wreck bore the number 111. The 111th Congress began serving concurrently with Barack Obama’s tenure as President. Each Congress runs for two years, and America is now in her 222nd year of government.


Some have equated July 4, 1776 as the birthdate of America, but this was the date of her declaration of Independence. There was a war to be fought and won with England, delegates to elect, a constitution to be written and voted on, all before she could seat her first Congress and President. This did not occur until 1789. Thus, America is now in her 222nd year of continuous constitutional government.


What this brother shared with me is that not only was the train numbered 111, but there were 222 people aboard when the train crashed.


Chatsworth (Los Angeles), September 2008
A Metrolink commuter train in the Chatsworth district of Los Angeles carrying 222 persons collided head on with a Union Pacific freight train, toppling one of the passenger cars and the locomotive onto its side. 26 people died, and 135 people were injured, with 81 transported to hospitals in serious or critical condition.


An additional fact to ponder is that on the back of the $100 bill there is a picture of Independence Hall, the site of the Constitutional Convention of 1787 where the Constitution of the United States was written and adopted. On the image of this building on the $100 dollar bill, the clock shows the time as 2:22. 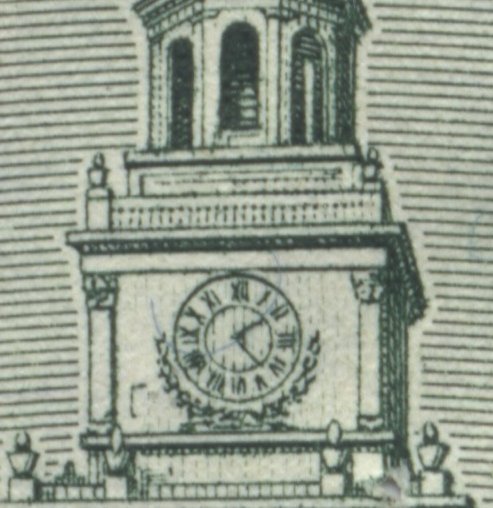 
There is always a danger of seeking to use parables and signs to predict the future. As one brother shared with me some time ago, more often than not the Father gives such signs to assure us after the fact that He was guiding events.


What I do know is that the hour is very late… Certainly a time of great judgment is at hand. The Father would have His children to be watchful, alert and sober. He would have them to be very attentive to the voice of His Spirit that they might obey Him quickly and make whatever preparations (spiritual and physical) that He would direct them to.
[Source: https://heart4god.ws/wordpress/2010/07/america-drinking-cup-of-bitterness.html]

The above was posted six months ago. Since that time I have spoken to numerous groups of saints across the country. I was careful to tell them that I had no “thus saith the Lord” to share with them concerning the timing of America’s collapse. When speaking of the Metrolink crash, or other signs, I confessed that any predictions regarding timing arose from the musings of my own soul.

This, however, is an exampe of too little too late. The former predictions had already been spoken (rather misspoken). They remain on the Parables Blog for all to read. It is impossible to take back a word after it has been uttered. For this reason, we must guard with great vigilance the gates of our mouths to insure that what comes out is spoken faithfully, accurately, and with integrity.

I was corresponding earlier today with a brother on this subject, and I was considering what deficiency this reveals in my own life. Certainly there was manifested a lack of patience. Patience would have advised that I take more time to divide between soul and spirit before speaking. Perhaps there was some desire to impress upon the people the urgency of preparation, albeit by means not sanctioned by the Father.

There is certainly a lesson of caution in this for me. I must only move at the impulse of the Father. No matter how noble my motive may be, to act or speak apart from the direction of the Spirit is lawlessness.

Let me say before closing, I am assured that the Spirit is testifying that America’s collapse is at hand. The two Miss USA contestants who fell on stage in 2007 and 2008 are merely one testimony of this matter from the Father. The fall of America began to become evident at this time as Wall Street began to experience once crisis after another. What this symbolic event, and others, did not reveal is the precise timing of her fall, what will precipitate it, or what it will look like when it happens. To speak beyond what the Spirit reveals is error.

I confess that I have been careless in this area. There are certainly other matters in which I have similarly misspoken. At times I have wrested an interpretation of a matter from my own soul, rather than waiting patiently upon the Father.

It is my desire before my heavenly Father and all mankind, to only declare to have received revelation from the Father when He truly has revealed something. For failing in this, I do repent before all who read these posts. I am chastened. I have a renewed vigilance to guard against such transgression in the future.

I am getting my house in order. Yahweh’s shaking is exposing hidden faults. Even as I am currently remedying some deficiencies in the bus that were exposed on my recent shake-down cruise, so I am also intent on remedying those deficiencies which the Spirit reveals in my life.

I have confessed my trespasses to you. I ask you to please pray for me.