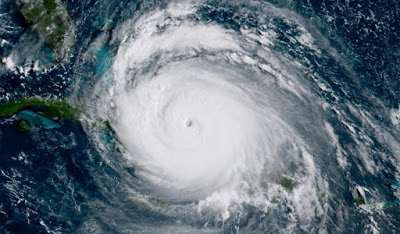 The citizens of the United States will still be cleaning up from Hurricane Harvey for quite a while. Some bayous and rivers are still overflowing their banks in Texas. Now all eyes are on Florida and Hurricane Irma.

Hurricane Harvey hit Texas the same week that the total Solar Eclipse gave a sign of judgment to the United States. The Solar Eclipse was on August 21st. Hurricane Harvey struck Texas on August 25th. There are tens of thousands of Texans from Corpus Christi, Houston, Beaumont and other places who are struggling to come to grips with Hurricane Harvey’s extremely slow movement and its record breaking rainfall of over 50 inches. Many rental homes and apartments will not be rebuilt, or will be rebuilt too slowly for their inhabitants to make use of them. Before adequate time can be given to getting the Hurricane Harvey disaster remediated another disaster is looming in Hurricane Irma.

Going back to the Solar Eclipse, it is likely you saw some maps like the following. 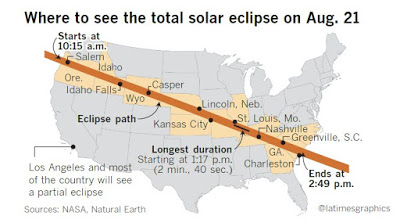 Where did the eclipse actually start and end? We are told it was over water, but where was it? 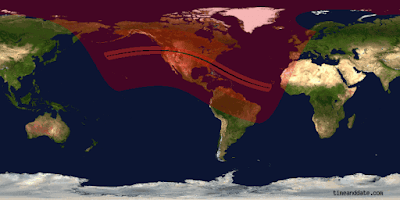 These were the end points. The Solar Eclipse went from left to right. Look at where it ended. It ended right where Hurricanes Harvey and Irma had their beginning. 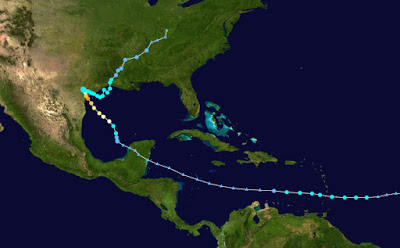 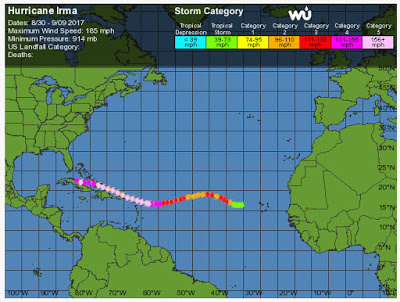 
The spot off the left coast of Africa is where a lot of the hurricanes develop. They are formed by storms that come off of the African Coast. This is precisely where the Solar Eclipse ended.

As I have been watching Hurricane Irma over the course of the last five days I have noticed that its forecast track has gotten further east. It was because it was previously thought to strike on the east side of Florida, near Miami and Fort Lauderdale, that so many of the people from that area have been evacuated. Now that it is predicted to hit the west coast of Florida all those living around Miami and Fort Lauderdale will largely be spared. I live in Georgia and two days ago I noticed that I-75 North was getting packed and developing slowdowns. 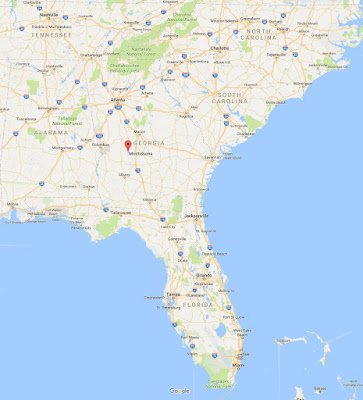 I live in Montezuma. It is not that large, only having a population of about 3,500. It is about 20 miles from Perry, GA which is right where the Interstate goes through. I go to Perry occasionally to shop because it is larger and has many stores that Montezuma does not. As Irma is making a more westerly track it is just about to come right across where I am at in Georgia. According to its track, it should pass to the left side of us, providing the most severe wind and rain upon us. It is still a couple of days out and its track could change some more. Even at its most severe it should only strike this area with 60-70 mph winds. Also, our land slopes down toward the street, making the threat of flooding unlikely. 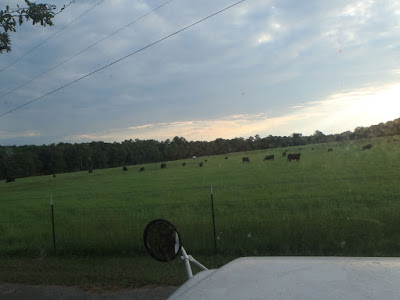 
Hurricane Irma has reached category 5 strength, making it among the strongest hurricanes in the Atlantic. Only one other recorded hurricane has remained with winds above 180 mph for more the 18 hours. Hurricane Irma broke the record with winds in excess of 180 mph set by Hurricane Allen in 1980. She had 180 mph winds for more that 37 hours. 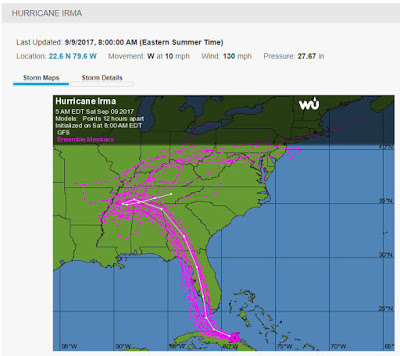 It was with these winds that she struck a number of islands, including Barbuda where the mayor said the island had over 90% of the houses destroyed or damaged.

It has been 12 years since America has been struck by a major hurricane of category 3 or higher. Now, in just 20 days after her solar eclipse sign she is about to be struck by her second one in that short span of time. Will the  track of Hurricane Irma remain on the western coast of Florida, going up through Georgia? The next two days will tell. 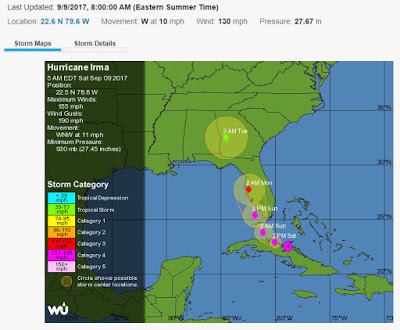 Is Irma’s destruction worse than America’s? America has killed nearly 60 million babies since 1973. She has filled the earth with pornography, adultery, homosexuality, drugs, and every form of evil. If you would pray for mercy, don’t pray against the will of Yahweh. He has determined evil against a wicked nation. Let us go into the inner room and pray.