I need not have worried where we would go after we left Jekyll Island, for while we were there our friends Randy and Barbara Barnes e-mailed us and said they would like us to come and park our motorhome at their house. It was a great relief to me to know we had somewhere to go next. I was down to my last few dollars, and although we had plenty of gas in the motorhome to drive back to Middle Georgia, I did not know where I would get the money to buy groceries when my funds ran out. 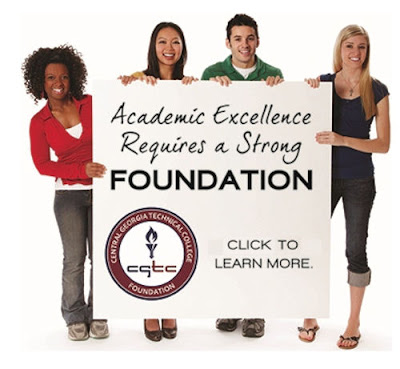 We parked our motorhome at the Barnes’ house, and I continued asking the Father what He would have me do next. After we had been there a few days the Lord spoke to me around noon one day and said, “Go right now, take a copy of your resume with you, and apply for a teaching job at Middle Georgia Technical College.” This idea was not completely new to me, for some friends had mentioned a few months earlier that I might find a job teaching at this school. I did not pursue it at the time, for God had not yet released me to return to work. This day, however, I knew God was telling me to leave at once and apply for a job.
I grabbed a copy of my resume and told my wife I would be back in a while. I did not tell her where I was going, or what I intended to do, for I preferred to know something definite before I shared anything with her about this matter. I went into the business office of the college and spoke to a secretary about wanting to apply for a teaching position in the computer department. The secretary took my resume and said they would get back with me in a couple weeks. I did not feel I was to leave things this way, so I asked if there was anyone in the computer department whom I could speak to about job openings. The secretary told me the name of the man who was responsible for hiring in that department, but she said he would probably not be in his office, for he also taught classes. However, she agreed to telephone his office.
This man answered right away, and when she told him that she had someone wanting to apply for a job teaching computer maintenance and management he told her to send me up right away. I arrived at his office and he looked over my resume briefly. He said that a new school quarter was starting in a few weeks and he needed an instructor to teach the very thing I was interested in. The previous instructor had just been fired for viewing pornography on school computers. He had no one to fill the position, and my showing up was very providential.
This man offered me the job, and he told me that all new instructors started out being paid fourteen dollars an hour. I had already been thinking about what salary I would request, and I asked the Lord, if He really wanted me to work there, that they would agree to pay me sixteen dollars an hour. I was still feeling very hesitant about returning to work, and I wanted to be sure it was the Lord’s will. I asked this man if he could pay me sixteen dollars and hour, and he responded that it was very unusual and he would have to get the college president to okay this starting salary. He thought it would be approved, however. There ended up being no problem with this request and I started my new job at sixteen dollars an hour. I had picked this number because the Lord had been using it so prominently to testify that my wife and I were in a time of new beginnings. It just seemed right that the Lord should do this thing if He wanted me there.
As I left the college having been offered this job, part of me was very elated, for I really felt like I needed a time of recuperation and rest from all of the pressure I had been under. Yet I also had this nagging feeling of guilt. It may seem difficult to understand this if you have not walked in a similar place, but I had been trusting the Lord for nearly a year and a half for our every need, and I felt like I was living life on the edge much of the time. Now I was considering giving up this challenging walk, and I felt like a backslider for doing so. Although I had asked God for this break from the pressures I had been facing, I also felt somewhat guilty when God granted me my request. 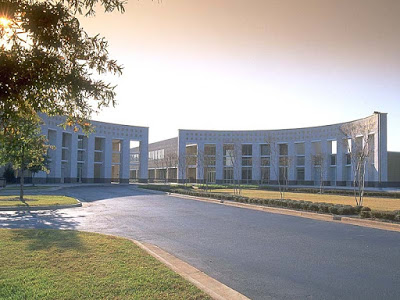 My Father in heaven was very gracious and compassionate toward me, and He gave me many more assurances that this was His will for me so that I would not be bothered by guilty feelings. After being assured of the job, I told my wife about it and she was elated. We then discussed what we needed to do next, and I felt that the Lord would have us sell the motorhome and use the money to rent a place to live in that was close to the college. We could use the money from the sale of the motorhome to buy furniture, since we had sold all our previous possessions.
I placed an ad in the local paper for the motorhome, and the very first man who came to look at it bought it, and he paid me $1,200.00 more than I had paid for it. We had lived in the motorhome for four months, and then sold it at a profit. This was the grace of God. We then began looking at rental property and the Lord led us to a townhouse that was literally the only thing we could find that was available. It was a wonderful fit for us, for there were three bedrooms, and a fenced backyard to let the dogs roam in. Tony had a wonderful time going around to yard sales and thrift stores to buy the furniture we needed to set up our household once more. We bought brand new beds for all of us, and the Harrington’s gave us a kitchen table and chairs. In very little time we had all that we needed, and had acquired it on a shoestring budget.
The Father continued to pour forth witnesses that He was directing our steps, indicating that we were in a time of new beginnings. One witness to this fact was that the townhouse had exactly sixteen steps between the top and bottom floors. Another occurred when I got in the car to drive to the college one day. I felt the Lord tell me to check how much time it took me to drive from the townhouse to the college. It took exactly eight minutes each way. My classroom also seated exactly sixteen students. My first class was full and I never lost a student the entire quarter. This was very unusual, and never happened again, though I taught this same class over a dozen times in the next two years. The Father gave me such favor that my second quarter of teaching the college increased my pay an additional $1.50 an hour. 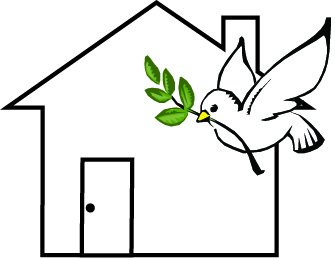 Immediately upon obtaining employment, the reproach I was receiving from family members ceased. My financial pressures were also lessened, and these things combined to allow me a time of peace and recuperation. The college offered me thirty hours of teaching a week, and this amount was quite sufficient to meet all the expenses of our family, especially since we no longer had any debt. I continued to write books and articles, and manage the Heart4God website, in my off hours. I still considered this to be my primary calling, and my teaching job was merely my tent making occupation.
God had no intention of allowing me to continue in this place of ease forever. He was merely answering my request for a time to heal, and regain my spiritual strength. I had worked at the college for nine months when my hours were cut to twenty a week. This was still adequate to meet our needs, but things were a bit tighter and we had to begin looking to God to fill up anything we were lacking. Another nine months passed and my hours were cut once more to only ten hours a week.
When this occurred I was reminded of Elijah at the Brook Cherith. God had sent Elijah to this brook during a time of drought, and each morning and evening ravens would bring him his food. Slowly the brook dried up until it was no longer able to sustain Elijah. This was God’s way of letting Elijah know that it was time to move on. I stayed six more months at the college working only ten hours a week, and then the Lord indicated once more that it was time to launch out into the deep. It was pretty easy to take this step, for the ten hours a week I was working were not nearly adequate to supply the needs of our family of four, and we were already having to look to the Lord to supply our necessities in very substantial ways.
I considered that working zero hours was not much different than working ten hours, and God could surely take care of us. God still had to coax us to take this step, and He ordered our situation in such a way that I was willing to let go of the slender provision I had been receiving, to lean fully upon Him once more. On March 17th 2003 I worked my last day at the college. This began a tumultuous five months in which God would stretch us further than we had ever been stretched before, yet we were also to experience things that were simply astounding.
—
The above portion comes from the book Evidence of Things Unseen: