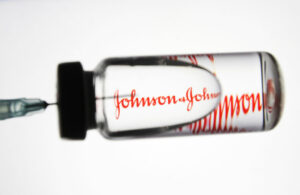 One of the Immoral Vaccines

In reading these blogs you will be made aware of a company called Crucell who sold an abortion cell line called Per.C6.

People of God, do not take this vaccine, or the many others that are taken from aborted cells. 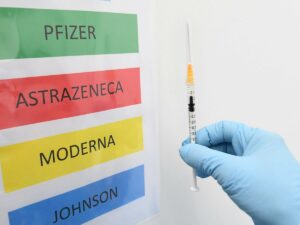 I encourage you to watch the Symptoms and Solutions Part 1 video at the following link. Especially listen to the number of people that are effected in similar ways at about 1/4 of the way into it. When you are done with the first video, watch the next 2. They are much shorter. When you are done with that, I encourage you to jump down to Dr. Danice Hertz, MD – Social Media Group Admin and listen to her. It is sad to know more than her about the Covid 19 outbreak. She is suffering from the false narrative of this nation. She has probably taken at least one of the child abortion vaccines and is suffering because of it.

This is not all. Take a look at this page.

This page lists 623,341 reports on just the Covid 19 vaccines. Are you hearing about this on the news? Of course not. I encourage you to pick out some people around your age. Then click on the READ FULL REPORT. Are you encouraged to take the shots?

Hear what the National Catholic Bioethics Center is telling people about taking vaccines from aborted babies.

The official position according to the National Catholic Bioethics Center is that individuals should, when possible, use vaccines not developed with the use of these human cell strains. However, in the case where the only vaccine available against a particular disease was developed using this approach, the NCBC notes:

One is morally free to use the vaccine regardless of its historical association with abortion. The reason is that the risk to public health, if one chooses not to vaccinate, outweighs the legitimate concern about the origins of the vaccine. This is especially important for parents, who have a moral obligation to protect the life and health of their children and those around them.

The NCBC does note that Catholics should encourage pharmaceutical companies to develop future vaccines without the use of these cell strains. To address concerns about fetal cells remaining as actual ingredients of the vaccines, however, they specifically note that fetal cells were used only to begin the cell strains that were used in the preparation of the vaccine virus:

Descendant cells are the medium in which these vaccines are prepared. The cell lines under consideration were begun using cells taken from one or more fetuses aborted almost 40 years ago. Since that time the cell lines have grown independently. It is important to note that descendant cells are not the cells of the aborted child. They never, themselves, formed a part of the victim’s body.
[https://www.historyofvaccines.org/content/articles/human-cell-strains-vaccine-development]

Descendant cells. Descendant cells of aborted babies. This is one of the lying tongues of the hour. There would be no descendant cells unless there was an original. And what are you taking the vaccine for? Nothing. There is no Covid 19. Have you not noticed what has happened to the flu during the same time that Covid 19 has prospered? It has gone down so far that the flu should be the phenomenal victory of the medical community. There is practically no flu. 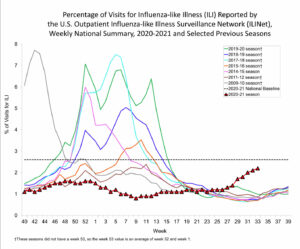 The coming of the lawless one is according to the working of Satan, with all power, signs, and lying wonders, and with all unrighteous deception among those who perish, because they did not receive the love of the truth, that they might be saved.