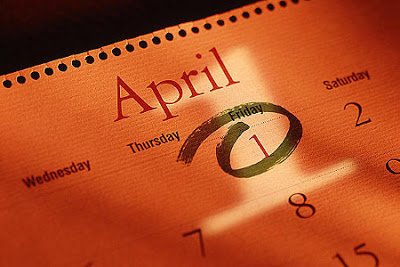 Proverbs 1:7
The fear of Yahweh is the beginning of knowledge;
But the foolish despise wisdom and instruction.

This world is a very foolish place. The fear of Yahweh is rarely found even among professing Christians today, and it is scoffed at by the world. This fact was clearly manifested this morning as I sat down to the computer. I had asked Yahweh to guide me to a subject to write about. Two stories on the Internet came before me. The first was an article posted on Fortune with today’s date stamp on it. In a more sane time the article would have been regarded by all sensible men and women as a hoax, or spoof, a satirical piece to commemorate April Fool’s Day.

This article was titled “Boston and Connecticut Ban Official Travel to North Carolina.” Even the title has the ring of a joke to it. However, I was already aware of the turmoil surrounding a recent piece of legislation passed by North Carolina politicians and signed into law by the state’s governor. The State’s legislators had their hands forced when the city of Charlotte, a liberal (i.e., immoral) stronghold in the state and the headquarters of Bank of America, illegally passed a public accommodation law which was to go into effect today. In North Carolina cities do not have the political authority to pass public accommodation laws. This authority is reserved for the state.

The City of Charlotte signed into law an ordinance which would have allowed men to use women’s bathrooms, locker rooms, or shower facilities, and vice versa. This law was passed under the guise of correcting long standing discrimination against transgender individuals. All that would have been required is for an individual to have begun, or completed gender reassignment. That means, a person who was born male and was fully developed as a male, and whose birth certificate identified them as male, who was receiving hormone therapy, or some other entry level therapy associated with gender reassignment, could go into any public restroom marked for women. Any business which failed to comply with the new city ordinance would face penalties, or the likelihood of suits being brought against them.

To address what the State lawmakers viewed as an egregious overstep of the City of Charlotte’s authority, they went into emergency session and passed House Bill 2. This bill required that men use restrooms marked for Men and women use bathrooms marked for Women. The determining factor of gender identity would be made stricter, for a person could not claim to be a member of another sex simply by having begun gender reassignment. They would have had to have completed gender reassignment and then had their birth certificate amended to reflect their new sex. The state passed this legislation overwhelmingly with a vote of 82-26 in the General Assembly and 31-0 in the State Senate (with 11 Democrats abstaining and 6 more not present). Even the very liberal Democrats in the state of North Carolina recognized that it would be political suicide to oppose legislation that the citizens of the state overwhelmingly demanded.

Numerous North Carolina women who had experienced sexual assault spoke to the state lawmakers, recounting how similar policies to that which Charlotte had passed which were in force in other states had led to unsafe environments for women and girls. Notably, one of the chief advocates of the Charlotte public accommodation ordinance was a convicted sex offender. Chad Sevearance-Turner, president of the Charlotte LGBT Chamber of Commerce, was convicted by a jury for fondling a 15-year-old boy while he slept in 1998. Seaverance-Turner was serving as a youth minister in Gaffney, South Carolina, at the time. The boy was a church member. So here you have a convicted sex-offender, and a sexual deviant, advocating for changing the law to allow men in bathrooms used by women and girls and vice versa, and the city of Charlotte thought it was a good idea.

Just six weeks ago, a news story was reported in the Seattle news media when a man entered a women’s locker room at a public pool and began to undress while other women were present. Some of the women objected to pool staff and the man responded by informing them that the State’s laws had changed and he was permitted to use whatever sex’s facility he chose. The man claimed to be transgender, though he did not identify himself to the women as such, and there was no visible evidence of his being transgender. The pool staff did not call the police. Later the same man returned to the locker room when young girls were changing into their swim suits for classes being held at the pool.

Returning to the article on Fortune’s website, it is not surprising that this media organ owned by the global elite came across as censorious and condemning of the actions of the North Carolina state legislature. Like ALL global media, Fortune is firmly encamped in the pro-homosexual, pro-deviancy, anti-family values arena. The Fortune article reported that “North Carolina’s attorney General, Roy Cooper, (a Democrat), called the law an “embarrassment” and said his office would not defend the “unconstitutional” law in court.” There is nothing unconstitutional about this law passed by State legislators and signed by the Governor. What is unconstitutional is for the state’s Attorney General to refuse to enforce the laws of the state. In doing so, Roy Cooper is taking a page from the Obama playbook, for the United State’s Attorney Generals appointed by the current president have routinely refused to enforce the laws and edicts of Congress. Indeed, Eric Holder was the first U.S. Attorney General to be cited with contempt by the U.S. Congress. 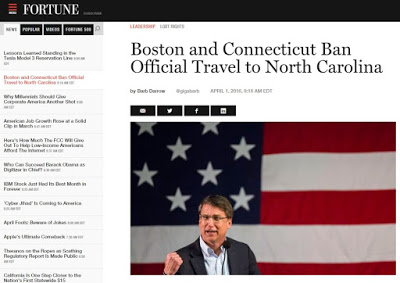 One of the first organizations to publicly criticize the law passed by the State of North Carolina to protect women and girls from the confusion which would ensue from Charlotte’s immoral legislation was the NBA. Charlotte has been chosen by the NBA as the site for the 2017 NBA All-Star Game. The NBA publicly described North Carolina’s legislation as discriminatory and said it may impact their decision to allow Charlotte to host the game. North Carolina Lt. Governor Dan Forest finds the NBA’s stance hypocritical.

“The irony of that is that there is the NBA and the WNBA. They don’t allow men to play in the WNBA, and I’m sure they don’t allow men to go into the women’s locker room after the games either. But they somehow think North Carolina is discriminatory because we want to protect women and children from predators in the bathroom.”

The NBA’s criticism was soon followed by similar complaints by the Bank of America, IBM, and SalesForce. All of these corporations are characterizing North Carolina as homophobic, bigoted, and discriminatory when they have done nothing more than attempt to safeguard the lives of women and girls from sexual predators. Now the City of Boston and the State of Connecticut have joined by banning all official government travel to North Carolina. It should be noted that the Mayor of Boston, Thomas M. Menin, spoke out in 2012 saying that the fast food chain Chick Fil A would not be allowed to establish any franchises in the city. Their crime? The CEO of Chick Fil A commented in an obscure Baptist publication that he supported the Biblical view of marriage as between a man and a woman. The world is filled with fools, while folly is promoted as wisdom and understanding.

The second Internet “News” article I would mention this morning comes from a website called Ozy. “Ozy” is short for Ozymandias. If you are not familiar with this name, it was the title of a poem by Percy Bysshe Shelley.

I met a traveller from an antique land,
Who said—“Two vast and trunkless legs of stone
Stand in the desert. . . . Near them, on the sand,
Half sunk a shattered visage lies, whose frown,
And wrinkled lip, and sneer of cold command,
Tell that its sculptor well those passions read
Which yet survive, stamped on these lifeless things,
The hand that mocked them, and the heart that fed;
And on the pedestal, these words appear:
My name is Ozymandias, King of Kings;
Look on my Works, ye Mighty, and despair!
Nothing beside remains. Round the decay
Of that colossal Wreck, boundless and bare
The lone and level sands stretch far away.” 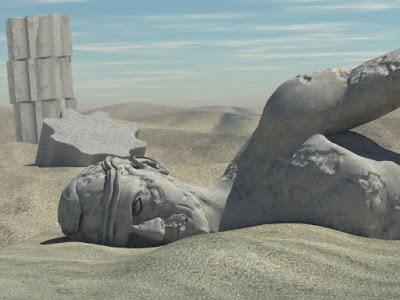 The article was forwarded to me by a reader who had read my recent book titled Lunacy and The Age of Deception. (Thank you Mark.) The title of the piece is “How I Faked the Moon Landing.” The posting date is April 1, 2016 and the author’s name is Max Canard. 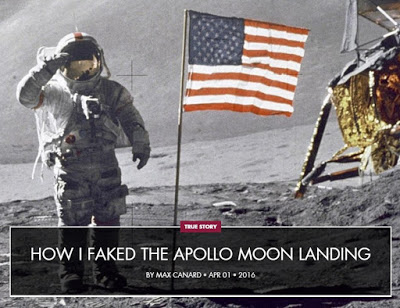 If you are not yet alerted to the fact that this article on Ozy is intended as an April Fool’s Day joke, there are a number of give-aways. Although Ozy is not a satire site, it does post what it calls “tongue-in-cheek” articles on occasion. April Fool’s Day is a prime opportunity. Also note the name of the author. The word “Canard” is defined as “an unfounded rumor or story.” Thus “Max Canard” can be understood as a great whopper of a rumor or unsubstantiated story. The story is in fact meant as an insult to those who believe that the United States faked the Apollo Moon landings. It pretends to lend credence to the idea that the Moon landings were faked, while in actuality being a false and contrived story intended as a joke. As I shared with Mark, the sad truth is that the real joke has been played upon those who would categorize as a “canard” any talk about the moon landings being faked.

Brothers and sisters, the characteristic of this fallen world under the rule of Satan is one of great folly. When the wise and influential voices of this world treat with contempt the idea that men should use men’s facilities and women should use women’s facilities; when the conventional wisdom of the day defends the illusion that men have actually been to the Moon, walked about, and flown back to the Earth, while mocking those who would expose the deception, one can only conclude that men have been played as fools. Satan has been successful beyond measure in selling to men ideas which are the epitome of foolishness.

It is not just on April 1st that you will find jokers espousing lies in the media as if they were truths. Every day in this world under the rule of Satan, the deceiver, is Fool’s Day. If you would not be a fool you will need to walk in the fear of God. Heed also the words of Christ.

Matthew 10:16-17
“Behold, I send you out as sheep in the midst of wolves. Therefore be wise as serpents and harmless as doves. But beware of men…”