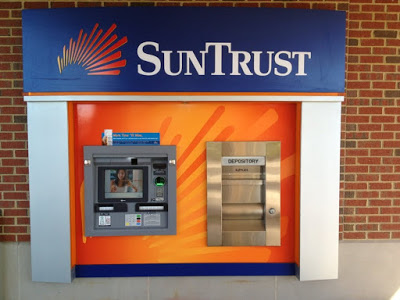 At the end of the last post I included a note that a bank deposit I had mailed more than three weeks ago had not been cleared by the bank and I assumed it was lost. This was a deposit totaling $620, which represented a significant loss. Lo and behold, now as it is into the 4th week since I mailed in the deposit, the checks have now found their way to where they needed to go. The money showed up this morning in my account.

What this event did, however, was to prompt me to make some changes to the way I have been handling my banking business. The bank I have used for nearly two decades is SunTrust. This bank offers mobile banking for people with a suitable smartphone or tablet computer. Why you cannot use a home PC for deposits, I don’t know.

I had looked into this option a year ago, going so far as to download the SunTrust banking app on my Kindle Fire 8.9 HD tablet. When I ran the app it responded by stating that my tablet would not work due to its camera not having a high enough resolution. The Kindle Fire Tablet is unusual in that it has no rear facing camera, which are typically the higher resolution cameras on a tablet.

A brother in Christ wrote to me when I posted the note about the missing deposit last week and suggested I look into mobile banking. I explained my tablet issues, but took the suggestion to heart and called SunTrust to inquire if they had a list of tablet computers that would work with their mobile banking app. They did not have a list, merely suggesting I purchase an Android or iPad tablet that is a recent release to insure it has an up-to-date operating system, and to choose one with a higher resolution camera.

After some research I found that Amazon was selling refurbished Lenovo IdeaPad tablets for $164 (they have now dropped to $159). They run the latest Android OS and have an 8 megapixel camera. This tablet’s features are equivalent to other tablets costing $400, and they have excellent reviews for quality and functionality. My new tablet should be arriving today and I will load the Kindle apps on the Lenovo and then get rid of the Kindle tablet. (In a motorhome, getting rid of extraneous devices is essential lest one become overwhelmed with clutter.) 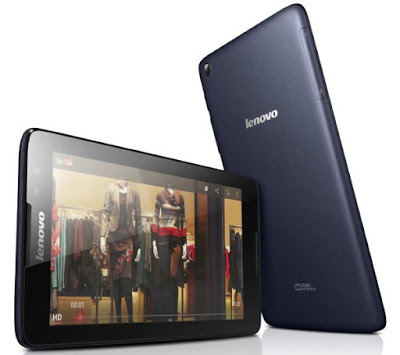 In dealing with this issue, I have pondered how long it will be before all of us are having banking problems of the kind being experienced by the people of Greece. I truly hope that there will remain some normalcy to societal infrastructure as I consider all the men in prison that I am sending out newsletters to every week. These men dwell in very dark spiritual environments, and I know how much it means to them to receive some solid spiritual food to revive their flagging souls.

I received a notable letter from a man in prison last week who was writing to request being added to the mailing list. His words reveal the hunger present in some of the men in these evil places. He said while he was in his cell someone passed him one of my newsletters. He began to read it and quickly became excited. He read it a second time, then a third. His spirit was greatly stirred and he said he went to the door of his cell and began to shout, “Who sent me this newsletter!? Where did it come from!?” He finally tracked it to its source and was told that all he needed to do was write to me and he could begin receiving his own newsletters.

I am now spending at least two full days a week handling the prison ministry. I cannot even fit all of the outgoing newsletters in my mailbox. I completely fill the mailbox, packing them two rows deep, and I still have to go out the next day and send out the rest that would not fit. The postage, paper, toner, and other printing supplies is now approaching $1,000 a month. Yahweh has met every need. As the number of men in prison receiving the newsletters has increased, so has Yahweh’s supply. My prayer is that no matter what occurs in this nation (and an economic collapse is certain) that Yahweh will make a way for the newsletters to continue to go forth to these men in prison.

I spent additional time this week-end on the prison ministry as I had run out of new material to send to a number of men who have been on the mailing list for more than two years. I needed to convert another one of my books to newsletter format. The book chosen this time is Push Back. Homosexuality is a problem in prisons, and the message of this book is needed. My prayer is that the newsletters would set the captives free and bolster those men who are tempted by this sin. The book required 9 newsletters to contain it all, which is two more months of mailings for these men. 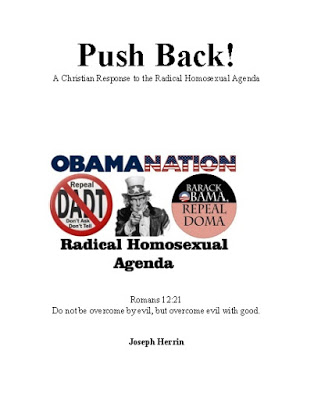 My sincere thanks go out to all the brothers and sisters in Christ whose financial giving makes it possible to continue this ministry. Be encouraged by the words of our Lord.

Matthew 25:34-41
“Then the King will say to those on His right, ‘Come, you who are blessed of My Father, inherit the kingdom prepared for you from the foundation of the world. ‘For I was hungry, and you gave Me something to eat; I was thirsty, and you gave Me drink; I was a stranger, and you invited Me in; naked, and you clothed Me; I was sick, and you visited Me; I was in prison, and you came to Me.’ Then the righteous will answer Him, saying, ‘Lord, when did we see You hungry, and feed You, or thirsty, and give You drink? And when did we see You a stranger, and invite You in, or naked, and clothe You? And when did we see You sick, or in prison, and come to You?’ And the King will answer and say to them, ‘Truly I say to you, to the extent that you did it to one of these brothers of Mine, even the least of them, you did it to Me.'”