But the Earth had Become Formless and Empty 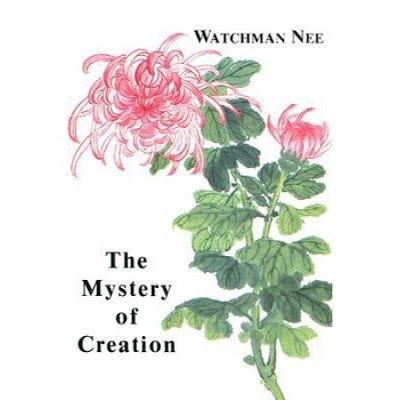 I first heard the doctrine of the Earth being far older than 6,000 years from Watchman Nee. In his little book titled The Mystery of Creation he opened my eyes to see things that were not understood by other members of the church and denomination I was raised in. I was only in my teens when I first encountered this book, and I had been zealous for the things of God for quite a while. I remember reading this book. I had a number of books by Watchman Nee and would have been considered a disciple of the man in my youth. In truth, though, I challenged everything that I read and Watchman Nee’s writings were no different.

There is a good bit that I disagree with Watchman Nee on, but I don’t think his errors were intentional. The identity of the spirit of man is one such matter, but I have dealt with that in another writing. When it comes to creation I find that I agree very much with Watchman Nee.

Watchman Nee got many of his ideas from an older book titled Earth’s Earliest Ages by G.H. Pember. Pember wrote down many of the ideas of much older ones who had held the doctrine as their own. About 15 years ago I was able to get a hold of a copy of Pembers book. I read the whole thing and found it very good reading on the subject. 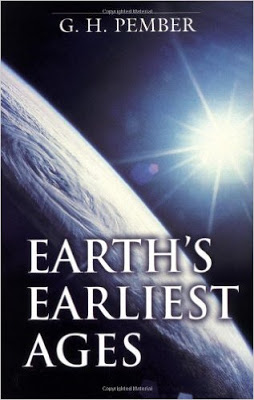 One of the best writings on the subject of understanding how the opening lines of Genesis should be translated and understood is the book by Arthur Custance titled Without Form and Void. Custance makes many valid arguments from science and theology which I have found fascinating. I have written on this topic in the book Foundations. One need only look at the link for the chapter called The Genesis Gap. What is it that is so important about the first couple of verses of Scripture? We can see two different views in the following.

Genesis 1:1-2
In the beginning Elohim created the heavens and the earth, but the earth had become formless and empty and darkness was upon the face of the deep and the Spirit of Elohim was moving over the surface of the waters.
(My Translation)

There are people who prefer it the first way. Don’t get stuck on a translation of man. The important thing is whether you are getting the true sense of what Yahweh has communicated to you. We can tell from the second version that those who hold to the first are not getting the same thing. We can also tell that their translation is not correct for the rest of Scriptures, or for what is known about the geologic condition of the Earth. When did the dinosaurs inhabit this world? You see, everything that happened in verse 1 and 2 had to be a part of day one if the KJV translation is correct. Following are the next verses.

Genesis 1:3-5
And God said, Let there be light: and there was light. And God saw the light, that it was good: and God divided the light from the darkness. And God called the light Day, and the darkness he called Night. And the evening and the morning were the first day.
KJV

A whole lot would of had to take place during the first day. The angels would have had to be created and established in their ranks.

Job 38:1, 4-7
Then Yahweh answered Job out of the whirlwind and said,… “Where were you when I laid the foundation of the earth? Tell Me, if you have understanding. Who set its measurements? Since you know. Or who stretched the line on it? On what were its bases sunk? Or who laid its cornerstone,  when the morning stars sang together and all the sons of God shouted for joy?”

All of this singing and shouting on day one of creation seems rather quick. The passage in Genesis is not giving the history of the Earth for the angels. It is for man. Angels aren’t even mentioned until everything has been created, and then we see Satan in his fallen state. No, the second Scripture is translated correctly and the KJV is shown to be wrong.

Remember, translations are a work of man and are frequently wrong. It is estimated that a high percentage of the most ancient texts are prone to the guesses of translators. There are no dictionaries in ancient Hebrew or ancient Greek that we can look up words in. Therefore those who have the best understanding of what Yahweh is saying are the most apt to render a word correctly. Unfortunately, this was rarely the case in translation.

I don’t claim to know all of the things Yahweh was talking about, even if they are translated correctly. Rather my aim is to bring my understanding of the Scriptures to the task of translation. There are many things that spiritually learned men can bring to the word once they get enough years on them. My understanding of Scriptures today is vastly different than it was 40 years ago. As an example, consider the following Scripture.

Hebrews 10:15-16
And the Holy Spirit also testifies to us; for after saying, “THIS IS THE COVENANT THAT I WILL MAKE WITH THEM AFTER THOSE DAYS, SAYS THE LORD: I WILL PUT MY LAWS UPON THEIR HEART, AND ON THEIR MIND I WILL WRITE THEM.”
NASU

Jeremiah 31:33
“But this is the covenant which I will make with the house of Israel after those days,” declares Yahweh, “I will put My law within them and on their heart I will write it.”

Even if the author of Hebrews did not quote Jeremiah correctly, we know that Yahweh was the name used in the Old Testament. A Bible cannot be called “essentially literal” if it is making wholesale changes to the name of Yahweh. There are a myriad of such changes that have been done to all of our most popular Bibles today.