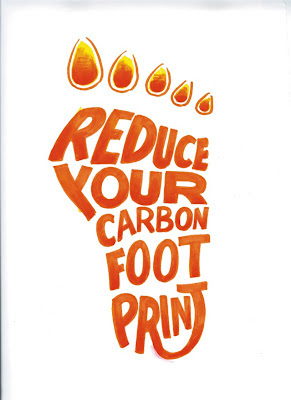 Since 1999 I have had no debt. Not a penny. My lifestyle in recent years has been much more environmentally friendly than earlier days. When you have less money to spend you certainly tend to be less wasteful. I know that there are lean days coming for multitudes of people who have been accustomed to fat times.
I Corinthians 7:29-31
But this I say, brethren, the time has been shortened, so that from now on those who have wives should be as though they had none… and those who buy, as though they did not possess; and those who use the world, as though they did not make full use of it; for the form of this world is passing away.
I believe that if all of God’s people were surrendered to the leading of the Spirit in how they conducted their lives, that the lives of Christians would stand out from the rest of society. When the nation was trending toward ever larger houses, and bigger SUV’s, the vast majority in the church would have found themselves being content with far less.
I Timothy 6:6-8
Godliness actually is a means of great gain when accompanied by contentment. For we have brought nothing into the world, so we cannot take anything out of it either. If we have food and covering, with these we shall be content.
The Bible is actually a very green book. Certainly there are those who have gone to extremes in their worship of nature and hatred of mankind, and much of the environmental movement is based upon philosophies and pseudo science that are objectionable. A Christian would be wrong to conclude, however, that God is not concerned with man’s attitude toward the earth in which he resides.
Sin is manifested in a spirit of rabid consumerism. The sinful nature is selfish, and seeks to gather matter to itself. In contrast, the Spirit of Christ is that of love, and it is giving. When the Spirit of Christ was manifested in power in the lives of the disciples in Jerusalem, the result of the influence of the Spirit was observed in a profound way.
Acts 4:32-35
And the congregation of those who believed were of one heart and soul; and not one of them claimed that anything belonging to him was his own, but all things were common property to them… For there was not a needy person among them, for all who were owners of land or houses would sell them and bring the proceeds of the sales and lay them at the apostles’ feet, and they would be distributed to each as any had need.
When the Spirit of Christ was manifested in power in the very early church, men and women who had formerly been marked by a spirit of consumerism were transformed. They relinquished ownership of their amassed goods and sold much of what they had to provide for the needs of others. Downsizing was the order of the day.
What does it say about the spiritual state of the church today when it has followed the trend of the world towards greater accumulations of all things material? Some time back I was struck by a story of some who were downsizing. I found what they were doing very appealing. It had a sense of “rightness” about it.
The story spoke of a woman who had moved into a very small home which was built to be portable. She was parking her “home” at the house of some friends, and her costs were in every way greatly reduced. It was her answer to a struggling economy. Another story was of a group of college students who traveled to a city in Mexico and were shocked at some of the sub-standard housing, and they wanted to design something safe and clean and livable for people who did not have much money. What they came up with was a home built out of a recycled shipping container. 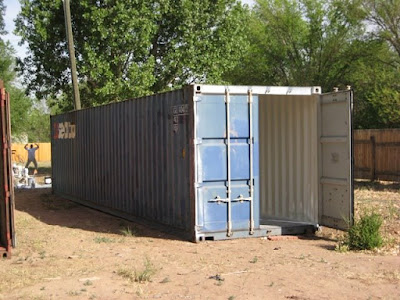 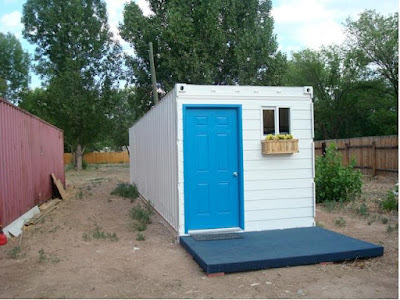 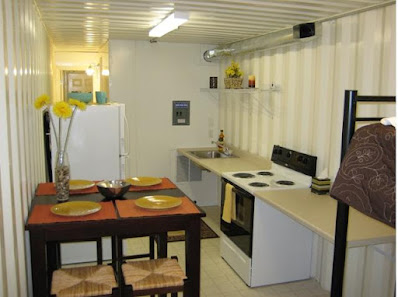 [Source: http://www.pfnc.net/]
Mankind can be content with much less than many would consider desirable in America. As Christians, we should stand out from the society in which we live. When others are upsizing, the Christian would certainly be manifesting a different spirit were they to pursue downsizing. How greatly different would the situation of the majority of Christians be at this hour had they sought the mind of the Father in all that they do. There would be far less distress from people who are now struggling with a collapsing economy. Debt would not be the problem it is today, and a people who had learned the joy of giving would find themselves well prepared spiritually for the coming days.
I recommend to you the audio message Compassion’s Silver Lining, to see how giving to the poor and needy prepares one spiritually for a day of distress.
Reducing one’s carbon footprint actually contains within it a spiritual parable. In the book The Mark of the Beast I wrote about the element Carbon. It is the only element that has 6 electrons, 6 protons, and 6 neutrons. All living matter is Carbon based, therefore at the lowest level God has stamped all living things which are under the curse of sin with the number 666.
I want to share an excerpt from this book with you.
The Beast Nature 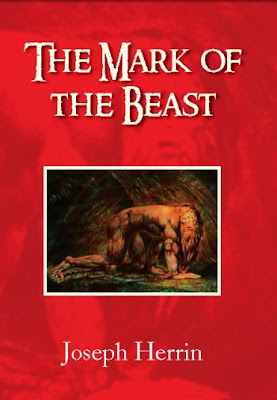