Christmas and the Test of Truth 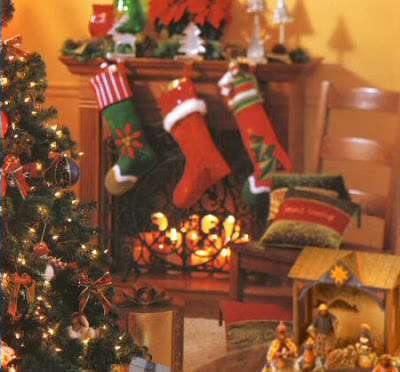 Some of my earliest and fondest childhood memories were of Christmas. Each December my parents would go pick out a live Christmas tree and bring it home. I still remember the heavy metal stand, painted green. It had thumb screws on three sides of the base to tighten down on the trunk of the tree. The center of the base held water, which my parents would keep filled so that the tree would continue to live even after it had been cut down.
My mother was in charge of decorating the tree, but she asked us as children to help her put some ornaments, or tinsel on the tree. There were also strings of colored lights to be strung on the tree. I remember one year when I must have been somewhere between 5-7 years old finding the lights to be so beautiful. Perhaps we did not have colored and blinking lights before that year. I was so enthralled by them that I lay down on my back on our living room carpet and scooted my head up under the edge of the tree boughs so I could look up through the branches at the blinking colored lights. I was transfixed at the scene before me, and the smell of the fresh evergreen was delightful.
I cannot remember a Christmas as a child when we did not have loads of presents under the tree. One of our great thrills as youngsters was trying to guess what was in the boxes. When our parents were not looking we would shake a box, or see if we could read through a thin spot in the wrapping paper. Everything about the Christmas season was magical for me as a child. There were parties at church where gifts would be exchanged. Poinsettias would be purchased and placed in the sanctuary of the Baptist church we attended. We even attended a couple of churches that put up a Christmas tree. 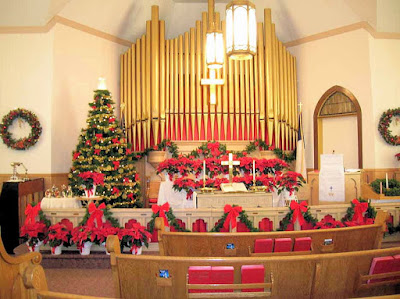 The allure of the Christmas holiday season did not end there, however. All my life I have loved food, and sitting around eating with friends and family was an occasion of much joy. Christmas and Thanksgiving were the only two holidays when my family did such things. When I was a child, my family would travel to visit aunts and uncles, grandparents, and cousins. There were always piles of food: ham, dressing, mashed potatoes and gravy, candied yams, cranberry sauce, green bean casserole, cookies, pumpkin and mincemeat pies, in addition to the pre and post-feast appetizers such as chips and cheese dip, sausage balls, spiced cider, and hot cocoa with marshmallows or whipped cream on top.
My parents eventually established a tradition of opening presents on Christmas Eve. Perhaps they gave in to the clamoring of my two sisters and I (my young brother came along 8 years after me, so he wasn’t much of a presence in my early years). My parents would gather us together and my dad would read about the birth of Christ from the Gospel of Luke. Try as I might to be a good young boy, I couldn’t wait for the Bible story to end so we could get to unwrapping the boxes of presents.
I still remember some of my prized presents from childhood. One year among the various gifts I received were two yellow steel Tonka Trucks, one was a road grader and another was a steam shovel. They both had adjustable and moving parts and I spent many hours playing with them. Then there was the erector set I received one Christmas Eve. It seemed to have a million little metal parts with pre-drilled holes, and there were masses of little nuts and bolts to hold everything together. I remember one of my dad’s friends from work came over that Christmas Eve with his family. My dad and his friend spent most of the evening building things with my erector set, but I didn’t mind. I had so many other presents that I could easily wait to get my turn. I remember the Tinker Toys and the Lincoln Logs, the Lego construction kits. Perhaps all of these were my dad’s way of getting me interested in building things. I certainly didn’t mind. I spent many hours with these treasured toys.
Another fond memory of Christmas celebrations from my early years was the music. That was back in the day when music came on records. We had a decent collection of special holiday music. There were Christmas albums by Bing Crosby, Perry Como, Burl Ives, and Alvin and the Chipmunks.
It is easy to see how men and women develop such strong attachments to Christmas. The various traditions of Christmas appeal to all of the human senses, and fulfill many longings of the soul. It is a time of indulgence, but also a time of joy in giving to others. It is an unusual time of year when strangers will speak kindly to others, wishing people they pass on the street a “Merry Christmas.”
There was never any discussion in the churches I grew up in of the origins of the various Christmas traditions. We never questioned where the Christmas tree, colored lights, tinsel, wreaths, spiced cider, Christmas ham, mistletoe, or feasting originated. All these things were simply accepted as Christian traditions of long standing. There was the annual Christmas play at church put on by the children. Since the story of Christ’s birth, the journey of the magi and their camels laden with gifts, and of the angels appearing to shepherds in the field to announce the birth of the Savior, was recounted in church at this time of year, I assumed that Jesus must surely have been born on December 25th.
The only Christmas controversy, or word of concern, I remember hearing of in three decades of church attendance related to warnings of the danger of the holiday taking on too much of a materialistic emphasis, or of secularists trying to remove Christ from the Christmas holidays. To combat these threats we were plied with slogans such as “Keep Christ in Christmas,” and “Jesus is the Reason for the Season.” 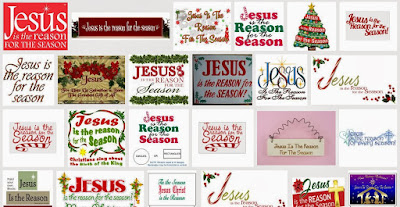 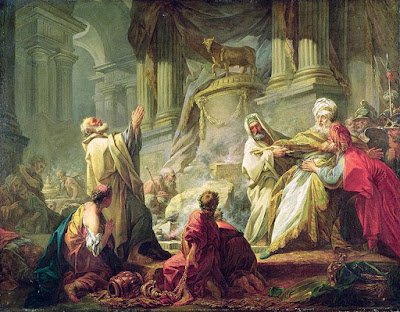 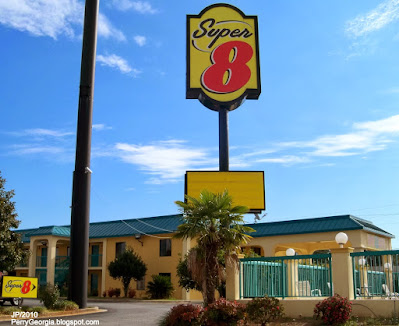