Coronavirus – The Age of Deception

This blog is written by George Young, assistant to Joseph Herrin.

Have you ever had an eye exam? Those who have ever been to
an optometrist or ophthalmologist have surely seen the Snellen chart. It is the
one with a big “E” at the top and successively smaller lines of letters below
it. The doctor asks the patient to read aloud the smallest line they can see in
order to gauge their visual acuity. The ultimate goal is to enable you to see
the line on the chart that equates to 20/20 vision. This means you can see at
20 feet what the average person with perfect vision should be able to see. 20/20
is called “perfect vision.” 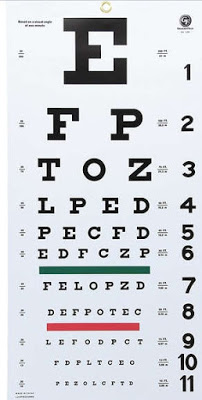 In this year of 2020, I would hope that clarity of vision
might manifest itself in the minds of the people on this planet, but the
contrary seems to be the case. In fact, deception is rampant, so much so that if
I were to set a Snellen chart in front of the world, I believe it wouldn’t be
able to see the big “E.”
To say this last month has been bizarre is certainly an understatement,
if not a contradiction to reality. “Contradiction?” you might ask. Yes, because
the bizarre seems to have become the norm. People seem all-to-willing to accept
some form of narrative that is being pushed on them from whatever source of
information they subscribe to, whether it is mainstream news, alternative media
or their neighbor’s “expert” opinion. I frequent a lot of different sources of
news and social commentary myself, but I can say this: I haven’t found one voice
that is sending the right message. That message would be to seek God with all
your heart, mind, soul and strength now more than ever, because you don’t want
to be caught off guard, spiritually speaking, with what is taking place. The
recent Coronavirus propaganda is nothing less than a ploy to implement global
governance policies that have been in the works for decades now, all which are laying
the foundation for a New World Order. This New World Order is not God’s
kingdom.
Joseph rightly calls the time in which we live the “Age of
Deception.” It’s hard for me to think of a more accurate and straightforward
title. From what I’ve been told, many Christians have been writing Joseph
lately asking what he thinks of the Coronavirus. Many of them seem to be scared
about this disease being a judgment from God. Others wonder if this is some
sort of conspiracy. Others appear to be buying what the media is telling them. Joseph
asked me if I would write a blog about what is going on so that his readers
could have a fresh perspective. 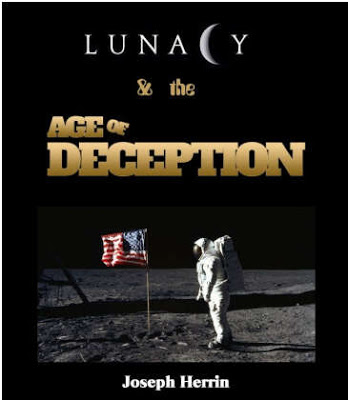 The discerning mind must ask questions and soberly seek
answers. “Sober” is not the word I would use to describe the actions of most people
lately, especially when it comes to buying groceries. Drunk on fear is more
like it. We’ve all seen the empty shelves. It is difficult for me to walk down
the local grocery store isles and not think that far too many of us have drunk
the proverbial Kool-Aid. I admit, for a short time I was starting to buy up
extra groceries. My cupboards are pretty well full. I’m starting to think about
preparing for not having power, and how I might keep the well water pump
running in the event of an extended outage. I don’t think there’s anything
wrong with a bit of prepping, but what we are seeing right now is sheer and
utter PANIC in direct response to this supposed “PANDEMIC!”
Folks, I am confident that the COVID-19 itself is nothing to
worry about. We can argue all day about statistics, but the reality is that
this virus is not very dangerous. It primarily targets the elderly and sickly,
which is nothing new for any ailment.  Heart
disease, cancer, auto accidents, diabetes each have tens-to -hundreds of thousands
of people who die each year in the United States, and everyone is freaking out
about a few hundred deaths? If we look at the pattern of the virus in China, we
can plainly see that the number of cases peaked at just over 80,000. Of those
about 4% died. The number of infected is dropping to near zero and recovery of
the rest has almost normalized. About 4500 deaths as of today in a country with
almost 1.4 billion people. Is that really a compelling reason to be scared? No.

It’s not the virus
that is going to cause the most damage. It is people’s response to it that is
getting WAY out of hand. There are cities with either 0 or 1 recorded case of
COVID-19 and the shelves of the grocery stores there are laid bare. Everything
from toilet paper to bottled water to eggs to meat to canned foods to flour,
sugar, lunchmeat, pasta, canned tuna, canned chicken, ketchup… none to be
found. 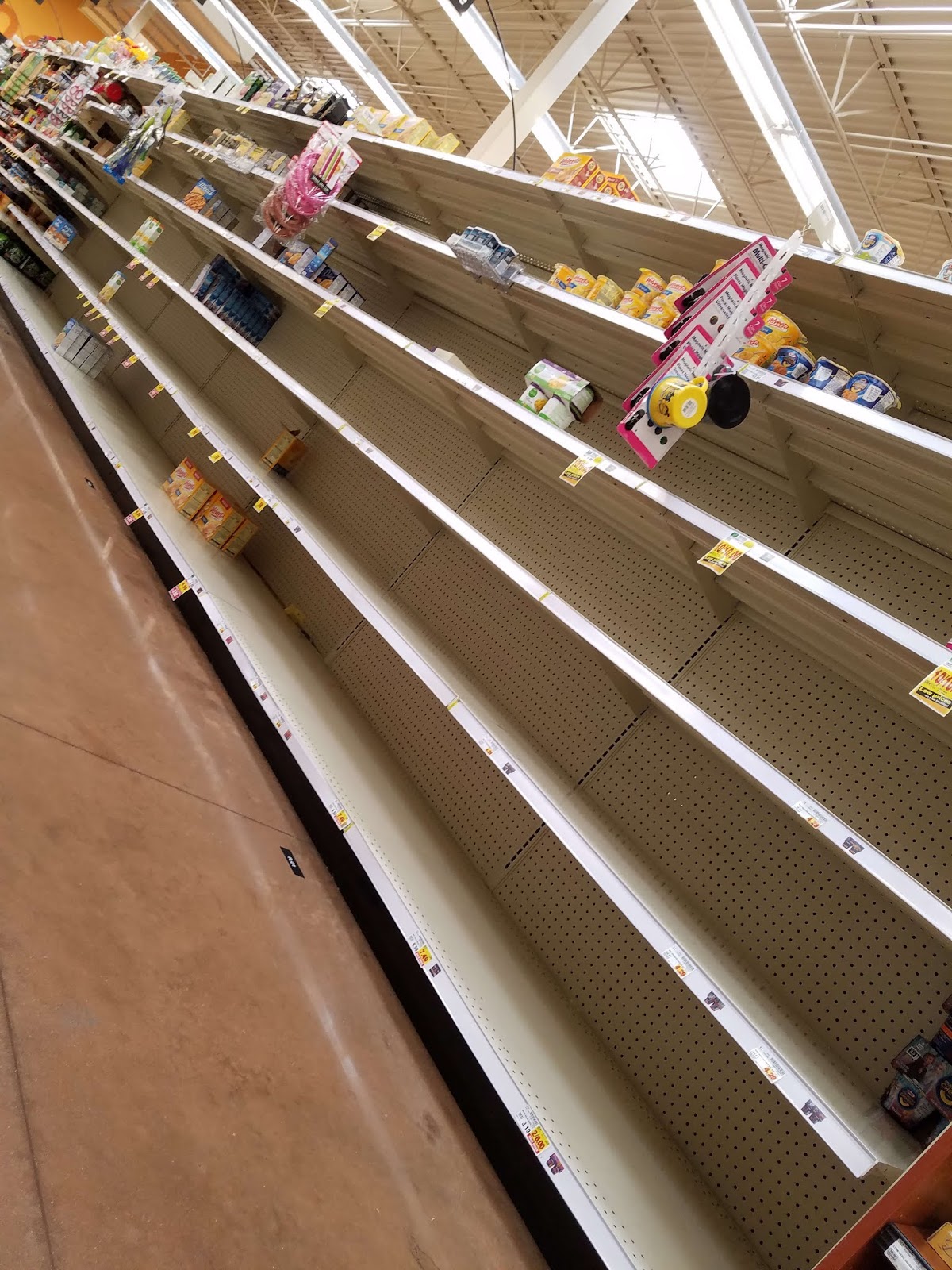 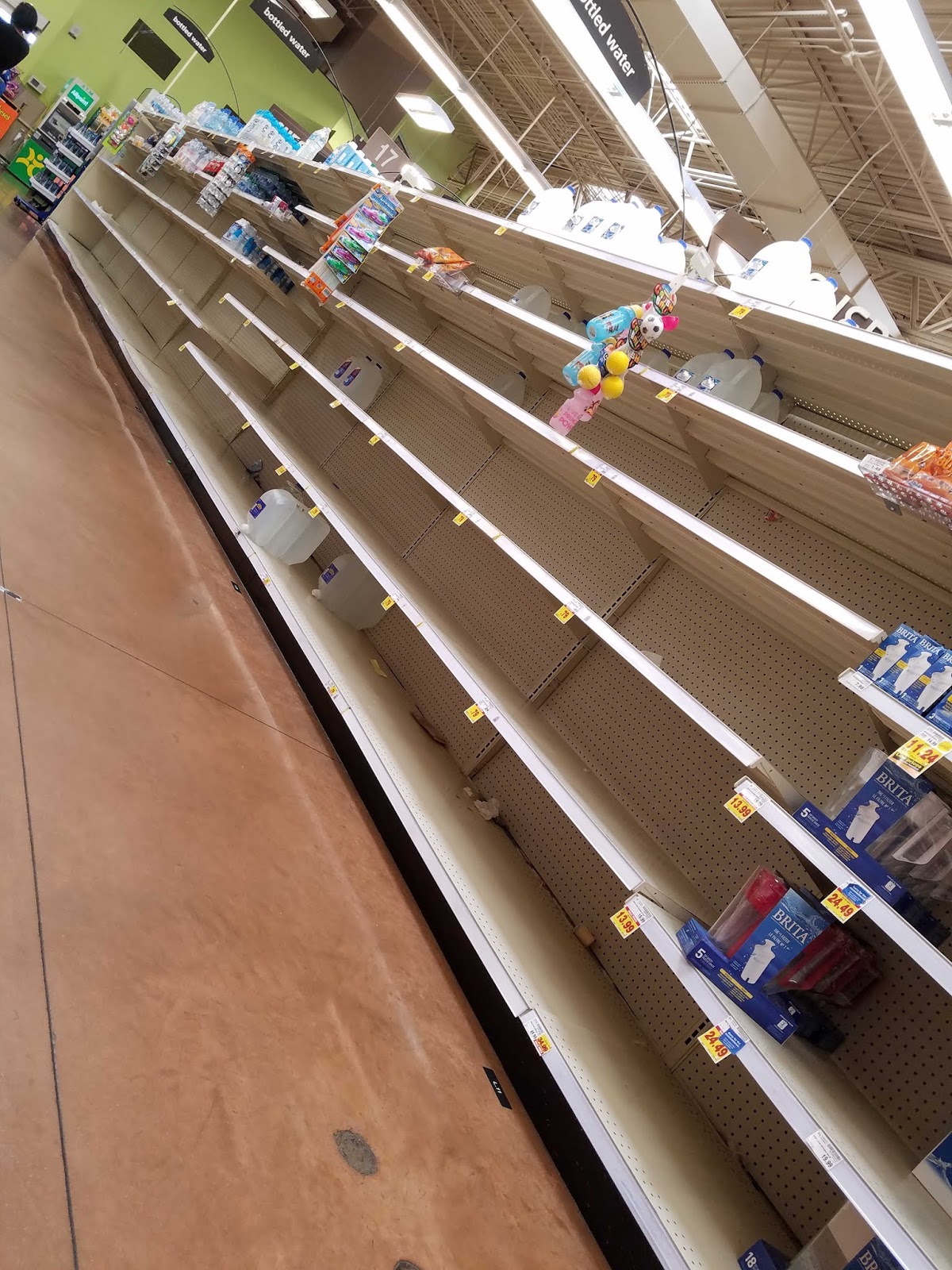 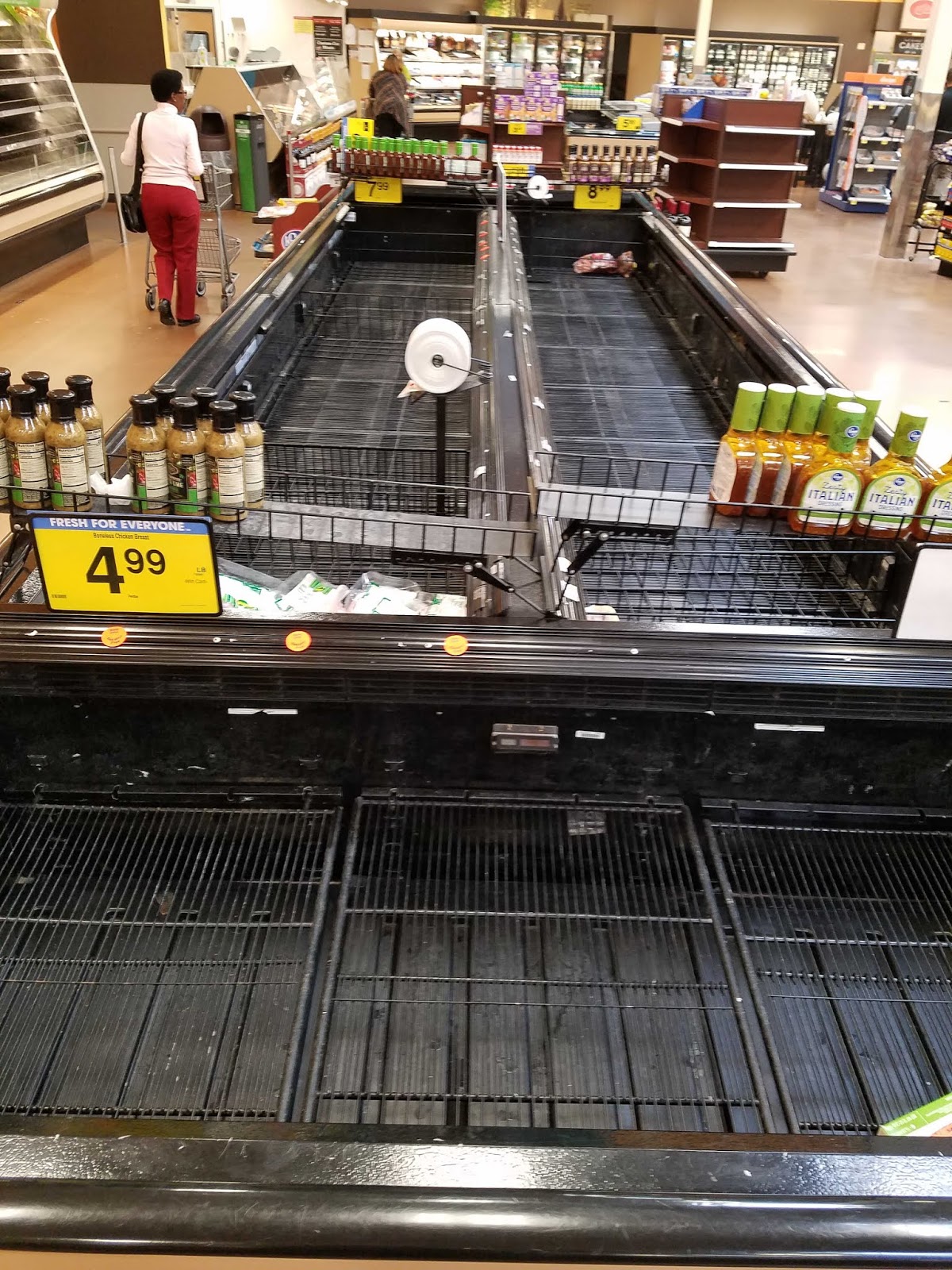