The Costa Concordia Disaster, and Other News 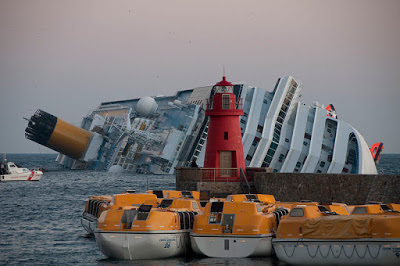 I have been following the story of the wreck of the cruise ship Costa Concordia for a few days. I am convinced that there is a parable contained in this catastrophe. The details surrounding this ship and its sinking are pregnant with significance.

The Costa Concordia is one of the largest passenger ships to ever sink, being 21 meters (68 feet, 11 inches) longer than the Titanic. The boat is relatively new, having been christened and taken its inaugural voyage in July of 2006. An ill omen was observed by maritime professionals as the champagne bottle used to christen the ship did not break when it was struck against the ship. Sailors have long considered this to be a harbinger of an ill-fated vessel.

The ship was named “Concordia” to express the wish for “continuing harmony, unity, and peace between European nations.”
[Source: http://en.wikipedia.org/wiki/Costa_Concordia]

The sinking of the ship coincides with the most serious crisis the European Union has faced. A number of countries in the union are laboring under crushing debt loads. Nations with a stronger financial position are expected to bail out their troubled partners. Germany is by far the strongest nation economically in the European Union, but her citizens resent having the wealth of their nation used to shore up a profligate lifestyle among nations that did not execute a sound fiscal policy.

The stronger financial nations are seeking to enforce austerity measures upon those nations that need bailouts, but these austerity measures are odious to the citizens of the troubled countries. Greece, in particular, is in perilous financial shape, and could default on its debt in a few months if a concord is not reached with the other member states of the European Union. Greece, however, is just the tip of the iceberg, for Spain, Ireland, Portugal, Italy, Hungary, and other member states of the European Union are not far behind Greece, and may soon require saving as well.

The image of an iceberg seems appropriate. The moments after the Concordia struck the reef have been described by passengers as reminiscent of the sinking of the HMS Titanic which had a very similar gouge rent into her hull by an iceberg. The Titanic sank 100 years ago, in 1912, a fact which has been mentioned often in the media. To be more precise, the Titanic sank 99 years and 9 months prior to the Concordia. In the UK, the number 999 is the emergency telephone number, equivalent to the number 911 in America. The number 9 in Scripture is related to finality and judgment. E.W. Bullinger, in his book Number in Scripture, states the following:


It is akin to the number six, six being the sum of its factors (3×3=9, and 3+3=6), and is thus significant of the end of man, and the summation of all man’s works. Nine is, therefore, THE NUMBER OF FINALITY OR JUDGMENT…
[Source: http://philologos.org/__eb-nis/nine.htm]

While I am on the subject of numbers, the Concordia ran aground on January 13th. The number 13 also is of great significance in Scripture. Following is an excerpt from Bullinger’s work.

When one views the testimony of these numbers, relating them back to the intended meaning of the ship’s name, the message that comes forth is that “the harmony, unity, and peace” between European nations is about to come to a sudden and ignominious end. The festive party atmosphere will suddenly give way to panic. Some unseen hazard will doom the concord that exists among nations, leading to a time of “rebellion, apostasy, defection, corruption, disintegration, and revolution.”

In Roman mythology, Concordia is “the goddess of agreement, understanding, and marital harmony.”
[Source: http://en.wikipedia.org/wiki/Concordia_%28mythology%29]

“In art, Concordia was depicted sitting, wearing a long cloak and holding onto a patera (sacrificial bowl), a cornucopia (symbol of prosperity), or a caduceus (symbol of peace). She was often shown in between two other figures, such as standing between two members of the Royal House shaking hands.”
[Wikipedia]

Artists depicted Concordia between two members of the Royal House as a testimony of her role in producing harmony among political and national rulers. What then is signified when a ship bearing her name, filled with passengers from many nations, strikes a rock and quickly sinks? One need not be a prophet to understand the message.

I believe it is significant that Concordia’s image was put on coinage of the Roman Empire. The European Union has been described by some as a re-birth of the Roman Empire. Achieving financial unity was one of the chief aims of the European Union. Yet it is issues of money that have plagued the union. England has refused to adopt the Euro for its currency, as have nine other nations that are EU members. Financial issues are a leading source of contention among member nations.

The message is that Concordia has failed. The nations she sought to join in peaceful union as they all pursued common goals of prosperity and security, will fracture as none are willing to make the sacrifices needed to maintain the union. Many have been prophesying that 2012 will be a year of great shaking among the nations. This sign upon the earth would seem to give credence to the thought that tremendous disruptions are near at hand.

More could be written about the role of the captain of the ship in this catastrophe, and how his failings relate to the missteps of government leaders among the nations. It is reported that he departed from the specified cruise course and steered too close to Giglio Island. He was further reported to have immediately been in denial of the seriousness of the damage to the ship, and he waited too long to get all of the lifeboats launched and the passengers and crew disembarked.

Perhaps, more damning, is the fact that the captain left the ship before everyone had been evacuated, and when asked by an Italian Coast Guard official to return to the ship to oversee the evacuation, he refused to do so. We will surely see parallels to this behavior in days ahead as government leaders seek to save their own necks while abandoning those they were elected to serve and protect. 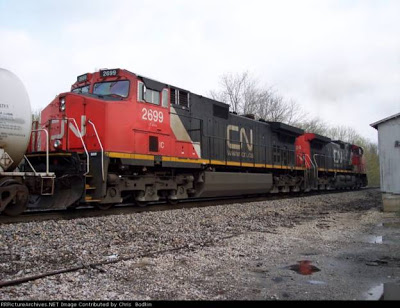 This next news item has received almost no press. I was made aware of it by a brother who wrote to share it with me (Thanks Darrell). It too has some significant elements in it. Following is the story.


Shortly before this picture was taken, while working under load, 2699 experienced what is known in the trade as a “catastrophic uncontained engine failure.” The train was passing the town of Independence, LA, at the time.


The first picture below shows that the engine exploded and one of the 16 cylinder-packs that form the engine was ejected through the engine bay body side and thrown clear of the locomotive. 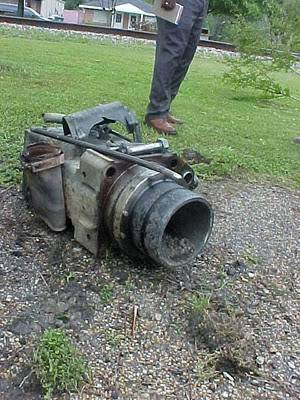 In addition to this the piston from that cylinder was thrown free by the force of the failure. It was ejected so violently that it traveled through the air and crashed through the roof of a nearby home where it imbedded itself in an interior wall. 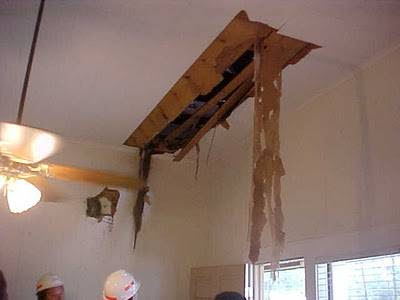 I shared the following with Darrell.

Viewing this event as a parable, some of the following things stand out.

E.W. Bullinger writes the following regarding the number 9.

It is akin to the number six, six being the sum of its factors (3×3=9, and 3+3=6), and is thus significant of the end of man, and the summation of all man’s works. Nine is, therefore, THE NUMBER OF FINALITY OR JUDGMENT…
[Source: http://philologos.org/__eb-nis/nine.htm]

That the number is repeated twice would indicate the same thing as the repetition of Pharaoh’s dream.

Genesis 41:32
“Now as for the repeating of the dream to Pharaoh twice, it means that the matter is determined by God, and God will quickly bring it about.”

The state location: Louisiana – Even as the train is Canadian, and Canada is a mixture of French and English, so too is Louisiana. No other state in the U.S. is noted for its French influence as Louisiana is. At present, France and the U.S. are yoked together (perhaps it could be likened to train cars) in an unusual alliance of military, political, and economic cooperation. This was shown clearly in the recent overthrow of Libya.

The event: The failure of the engine was “catastrophic” and sudden, occurring without warning and being unexpected. It was also described as “uncontained” which would indicate that man cannot control it or mitigate the damage. The piston affected things which are unrelated to the train. It did damage to a home, perhaps indicating that what occurs will truly “strike” home, “impacting” people where they live.

Engine stats: One of the numbers that stood out to me regarding the engine is that it is a 4400 horsepower locomotive. The number four denotes humility, and the number 44 is (22 x 2), signifying a double portion of flesh cutting. When a number is raised to the level of the hundreds, it speaks of the nations. 4400 would therefore be a testimony of a double portion of judgment coming to the nations.

I would end this post by making mention of the recent heavenly sign observed in Comet Lovejoy. If you missed the post on this subject, you can find it here:

I believe this celestial sign indicates that some fiery times are at hand for the nations. A “decapitated remnant” will be brought through these experiences, surviving when no one expected them to do so. Another brother in Christ sent me a link to a video posted on the Fox News website that provides some interesting details of this heavenly sign.