The year 2012 has opened with the deaths of two men who stood as symbols of the American Music scene. On February 1st Don Cornelius, founder and longtime host of Soul Train, was found dead of a self-inflicted gunshot. He had been in much pain and suffering for years due to physical infirmities. 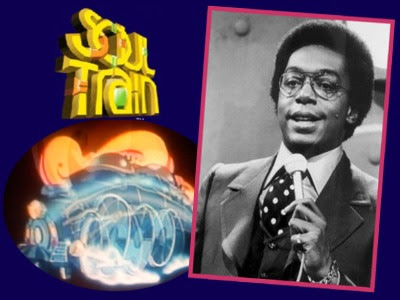 Two months later, another icon of the American Music scene died. Dick Clark had hosted American Bandstand for decades and was inextricably linked to music in America. He also created and hosted Dick Clark’s New Year’s Rockin’ Eve from 1975 to 2004. The program has continued with a new host after Dick Clark suffered a stroke. 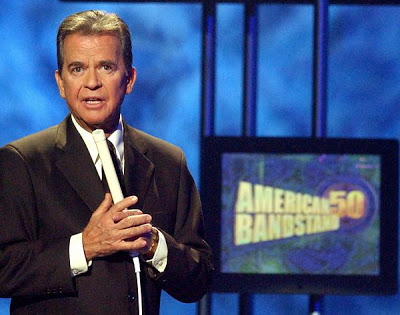 There are perhaps no greater symbols of the American music industry than these two men. Their longevity was renowned, and they became the face of music to generations. For one of these men to die would be noteworthy, but for both of them to die within weeks of one another speaks loudly of the end of joy and mirth in America.

Yahweh establishes His testimony through two or more witnesses.

Deuteronomy 19:15
On the evidence of two or three witnesses a matter shall be confirmed.

In 2007 and 2008 Yahweh gave a profound witness of the fall of America. During the Miss Universe Pageant both years, the young woman representing America fell on stage during the evening gown portion of the competition. 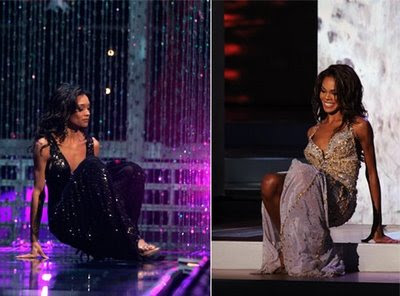 In 2007 Rachel Smith was representing the USA when she slipped and fell on stage. In 2008 Crystal Stewart did the same thing. That same year the mortgage bubble imploded taking down banks, financial institutions, insurance companies, and numerous other businesses. Emergency stimulus money totaling trillions of dollars was injected into the economy to stave off economic meltdown, yet the nation has not recovered. The economic peril is far greater today than it was in 2008.

I had mentioned at the time that Yahweh uses a double witness to indicate that a matter He is prophesying to occur has been settled in His mind and will occur quickly. Joseph provided this understanding when he informed Pharaoh of the reason that his dreams of 7 years of prosperity followed by 7 years of famine were repeated.

Genesis 41:32
“Now as for the repeating of the dream to Pharaoh twice, it means that the matter is determined by God, and God will quickly bring it about.”

In saying the matter is “determined” by God, Joseph was declaring that God would not relent, or repent, of what was revealed. No amount of prayer, intercession, repentance, or sacrifice would induce Yahweh to alter what had been determined. Joseph further declared that the repetition signified that these things would not delay.

This proved to be true regarding the fall of Miss USA in 2007 and 2008. The economic downfall arrived swiftly. Today there are tens of millions of Americans who have lost homes and jobs, and who have fallen from a position of prosperity into a daily struggle for subsistence.

I believe this double witness of these two icons of the American Music Industry dying in close proximity to one another serves as a witness of another judgment soon to befall America. To understand what is symbolized by the music being brought to an end in a nation, we can look to the Scriptures. The removal of music is associated with judgment on unrighteousness resulting in destruction.

Ezekiel 26:11-13
“With the hoofs of his horses he will trample all your streets. He will slay your people with the sword; and your strong pillars will come down to the ground. Also they will make a spoil of your riches and a prey of your merchandise, break down your walls and destroy your pleasant houses, and throw your stones and your timbers and your debris into the water. So I will silence the sound of your songs, and the sound of your harps will be heard no more.”

Isaiah 24:3-9
The earth will be completely laid waste and completely despoiled, for Yahweh has spoken this word. The earth mourns and withers, the world fades and withers, the exalted of the people of the earth fade away. The earth is also polluted by its inhabitants, for they transgressed laws, violated statutes, broke the everlasting covenant. Therefore, a curse devours the earth, and those who live in it are held guilty. Therefore, the inhabitants of the earth are burned, and few men are left. The new wine mourns, the vine decays, all the merry-hearted sigh. The gaiety of tambourines ceases, the noise of revelers stops, the gaiety of the harp ceases. They do not drink wine with song…

The removal of music in the passages above was attended with a loss of wealth, homes, and property. A people who had been prosperous and at ease were brought to poverty, lowliness, and sorrow. Loss of life was also a prominent experience of those whose nations were judged by Yahweh.

Even among the people of God, Yahweh speaks of their music becoming detestable to Him. When righteousness and justice, humility and the fear of God, have departed from His people, their music appears as nothing more than discordant noise in His ears.

Amos 5:21-24
“I hate, I reject your festivals, nor do I delight in your solemn assemblies. Even though you offer up to Me burnt offerings and your grain offerings, I will not accept them; And I will not even look at the peace offerings of your fatlings. Take away from Me the noise of your songs; I will not even listen to the sound of your harps. But let justice roll down like waters and righteousness like an ever-flowing stream.”

A time of judgment is at hand for the nations and for the church. The signs have been all around us. Christchurch, NZ was twice shaken by earthquakes resulting in great damage and the condemnation of many parts of the city. Hidden faults were exposed. The Costa Concordia disaster was a parable of the affluence and ease of the nations, particularly Europe and America, coming to a sudden end.

As Christians we are exhorted to walk soberly, understanding the times. We are not to be as those who walk in darkness, not knowing the things which are at hand and the events soon to take place. The most recent Super Bowl had a half-time program that celebrated the rising of Satan’s kingdom in the earth. It ended with a message of “World Peace.” 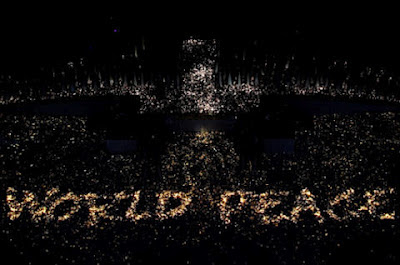 The Scriptures warn of that which will occur at such an hour as this.

I Thessalonians 5:3-6
While they are saying, “Peace and safety!” then destruction will come upon them suddenly like labor pains upon a woman with child, and they will not escape. But you, brethren, are not in darkness, that the day would overtake you like a thief; for you are all sons of light and sons of day. We are not of night nor of darkness; so then let us not sleep as others do, but let us be alert and sober.

The earth must experience her birth pangs as mature sons are brought forth in the image of Christ. There will be an end to mirth and music. It is truly a time to be sober and to focus upon bringing to completion and maturity those things that have been lacking in our lives. As yesterday’s blog testified, the Father is bringing into focus that which is lacking in the lives of His sons and daughters. He does not wish that His children experience loss of their spiritual inheritance, nor that they would be ashamed when they stand before Him.

The hour is late “so then let us not sleep as others do, but let us be alert and sober.”