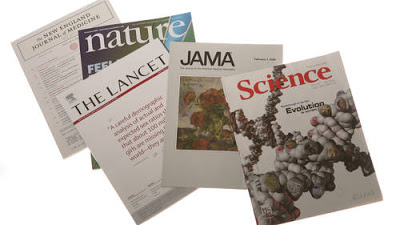 The sources of natural science are not as they have been billed, particularly when it comes to pharmaceutical drugs. A May 5th copy of the Washington Examiner ran a piece on the Big Pharma’s lies and falsehoods. By paying for ad space within the periodicals such as New England Journal of Medicine the companies can get just about anything printed they want. They often submit their own copy of medicine that has the supposed benefits written up while drastically downplaying the role of side effects, including death. 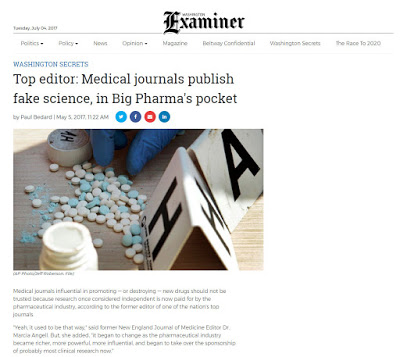 With the vast amount of knowledge in the control of the global corporatocracy we should expect that what we read in the mass media controlled magazines and newsletters would be false. This newspaper headline is merely reporting the facts. Medical journals publish fake science. Consider the true news that you are not told.

Vioxx causes half a million deaths in U.S. in five years.

That is 500,000 deaths in five years. That is murder. The company would not have withdrawn it unless they knew the truth was coming out. The professed death rate on using Vioxx was only 3,468. That is less than 1% of the actual number. This brings us to the point of considering what it does to the statistics to have a drug company reporting on their own side-effects. We might ask, “What of the FDA, the Food and Drug Agency that is supposed to make sure these companies play straight.” The global corporatocracy would not be what it is if it did not control key governmental agencies. A doctor with the FDA at the time said he was pressured to keep the increased deaths hidden.

This is just one drug that has done such harm that it was pulled off the market. There are 174 drugs that were pulled from the market on Wikipedia’s website. There are nearly 500 on another list.

The Institute of Medicine warned that at least 1.5 million people are sickened, injured, or killed each year by hospitals, and this was as far back as 11 years ago. In fact, medical errors are the third leading cause of death in the United States. That is 1 in 10 deaths annually. Can you see the bias on the behalf of the medical field? If we have 1 death a year from some parent’s choice to keep their children free of the scourge of the Rockefeller/Carnegie drug coop that is everywhere in medicine, that is too bad. The whole world must go the way of the wicked.

Lest anyone take me wrong, I am not saying that all doctors are evil, or motivated by greed. There are doctors that do wonders in putting people back together again. However, when they jump on the bandwagon and begin setting people up with drugs without understanding, there is something wrong.

The next time you see some miraculous drug in a magazine or on tv, consider who is paying for the ad. What are they not telling you? Did you know that more Americans die from adverse reactions of prescription drugs than they do from illegal drugs? Did you know that many drugs cause blindness, or other serious harm? Drugs can cause a world of harm.

There is a reason that doctors are not trained in diet in America. The one thing that could heal more people than anything else is left off the schedule. Why don’t you ask God what He would prescribe for you?

Matthew 4:23
And Yahshua went about all Galilee, teaching in their synagogues, preaching the gospel of the kingdom, and healing all kinds of sickness and all kinds of disease among the people.

Isaiah 38:21
Now Isaiah had said, “Let them take a lump of figs, and apply it as a poultice on the boil, and he shall recover.”

Exodus 15:25-26
There He made a statute and an ordinance for them, and there He tested them, and said, “If you diligently heed the voice of Yahweh your Elohim and do what is right in His sight, give ear to His commandments and keep all His statutes, I will put none of the diseases on you which I have brought on the Egyptians. For I am Yahweh who heals you.”

Yahweh will not defraud any man that He has promised healing.