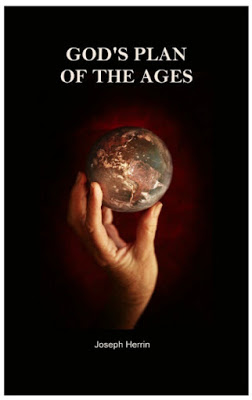 Years ago I came across a writing that was from a man that I had gleaned some truth from. I read the first few pages and quickly realized where he was going. I discerned that he was writing about hell being temporal rather than eternal. As soon as I realized where he was going I decided I would not read the book. I questioned how a man having as much truth in another field (the Law) could possibly have been led astray regarding hell. I had been raised in Baptist churches all my life, and I had heard only that hell was eternal. I had heard this even from the Bible, and I could quote several verses right off that declared this to be true.

John 14:26
But the Helper, the Holy Spirit, whom the Father will send in My name, He will teach you all things, and bring to your remembrance all things that I said to you.

I John 2:27
As for you, the anointing which you received from Him abides in you, and you have no need for anyone to teach you; but as His anointing teaches you about all things, and is true and is not a lie, and just as it has taught you, you abide in Him.

The Spirit spoke to me and said, “What are you afraid of? Have you not asked Me to teach you My word, and do not you think that I will do so? If you come across error in the book you are reading do you not think I will show it to you?” I stopped for a moment and I answered “Yes.” The Spirit then continued that I was to read the book with my Bible open. I was to look up the context of every word that was cited, and to test every Scripture. I prayed asking the Father to lead me into truth, and to deliver me from error, and I began reading.

The book was called The Savior of the World. It was written by J. Preston Eby. 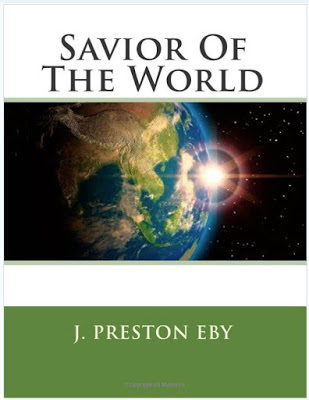 By the time I got to the end of the series I had a new understanding of Yahweh’s working with mankind. I had found that the Scriptures I had thought proved right off that the Bible was stating that hell or the lake of fire was forever had been wrested out of their context, and that the various Bibles I had access to had many errors of translation embedded in them. This was a fact I already knew, for example I was long aware of the replacement of the name of Yahweh with God and Lord. Yet I had never made the connections that were made in the book. Lest you should respond the same way I did, but don’t listen to the Spirit, I would caution you to test this book as I did. Better yet, test my book.

There were a few Bibles that weren’t so well known that stated things correctly. Young’s Literal Translation, The Diaglott, and Rotherham’s Emphasized Bible were among the remnant of Bibles that did not change the truth of this teaching. There were also many men that taught the truth, especially the farther one gets back to the time of Christ. One particularly good treatise, that was taken from around 200 years ago, is found in McClintock and Strong’s Cyclopedia of Biblical, Theological, and Ecclesiastical Literature. In the article titled Universalism the author’s are quite express in letting the reader know this isn’t their understanding of Scriptures. (Don’t suppose that the word Universalism stands for what it does today.) Nevertheless they were very gracious in considering the motives of those who did support this doctrine. There was no hatred expressed toward them, nor any discounting their beliefs when giving a summary of those who supported this doctrine down through the ages. I deem this to be a good approach for these men have certainly found out by now that they were as wrong as I once was.

There are such a wealth of Scriptures that speak to this matter that it is hard to explain why I ever was wrong to begin with. Yet I was about to close the book I was reading and conclude the man who had written it was wrong. This is where we all have much to be very thankful for, for if we believed only the first thing we had heard about the Bible we would be very much wrong.

I invite you to read this book with your Bible open. Test every Scripture. Make sure nothing has been taken out of content to make it appear that the Scriptures are saying something they are not. Compare how words are used in Scripture to validate their meaning. Listen to the arguments, of a place of remedial thought and behavior being temporal, rather than eternal. Have you known anything to be eternal? It seems an awfully long time since Adam and Eve were created 6,000 years ago.