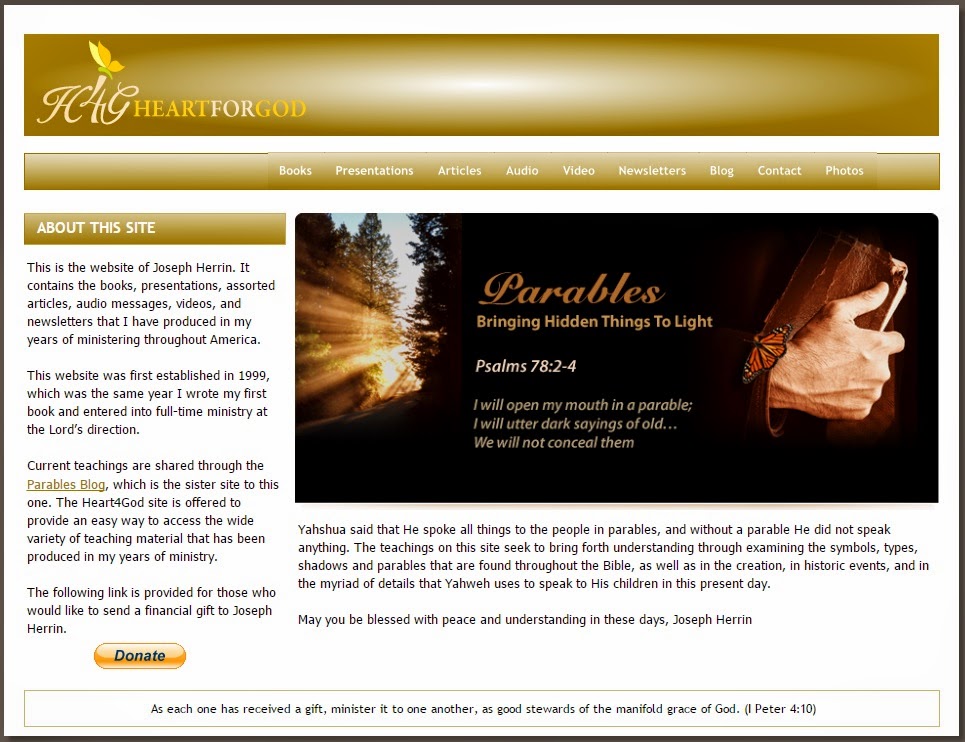 Although it has been ten days since my last blog post, much has been going on behind the scenes. About 3 months ago I made it a priority to expand the Parables Bookshelf Newsletters. These newsletters were created as a means to distribute my books and other writings to men in prison. When I first created the newsletters in 2010 there were 88 editions which comprised 14 of my early books and some shorter writings. I usually send the newsletters out in a certain order to each person who requests to be added to the mailing list. Each man in prison receives one newsletter per week.

Because it takes less than 2 years to receive the entire series, and I had been sending them out for 4 years, I had a growing number of men in prison who were writing to request more writings. Some of these men are in for life terms, and many have lengthy sentences of one to three decades.

Back in December I converted the book Dragon Flood to newsletter format. This being a relatively long book, it required 10 newsletters to contain it all. I immediately began sending out these newsletters to men who had exhausted all the newsletters I had previously created. This effectually doubled the number of men I send newsletters out to each week. Ten weeks have now passed, and the book Dragon Flood has been distributed to these men in prison. It tended to be a very popular series of writings, getting passed around widely by the men who were receiving the newsletters. Consequently, I have had more than a dozen additional men in prison write to me in the past 3 months asking to be added to the Parables Bookshelf mailing list.

I do all of my own printing on a Brother HL4150-CDN color laser printer. I have gone through a prodigious amount of consumables in the past ten weeks as I have had to refill or replace toner cartridges repeatedly (the printer has 4 separate cartridges). I have gone through dozens of reams of printing paper. I had replaced my printer at the start of this ten week period, and last week the image drum gave out. It is rated at 25,000 pages before needing replacement, and I had surpassed that number of pages printed in this ten week period.

I received a replacement this morning, loaded up all my toner cartridges, restocked on paper, and am now ready to begin the cycle all over again. I spent a couple of days in marathon sessions at the computer as I converted the book Foundations to newsletter format. This is the longest book I have written. It is 346 pages in my wordprocessing program. It required 15 newsletters to contain all 19 chapters of the book. That gives me nearly four more months of material to send to men in prison. I will be printing the first newsletter in the series later today.

If you have ever considered sharing the writings on the Heart4God and Parables websites with others, the newsletters are an ideal format to use for those who do not have Internet access or who find reading online difficult. There are now 16 books in newsletter format (I have 4 more books to convert to this format). You can find all 113 newsletters, including Dragon Flood and Foundations, available online as PDF files at the following link: 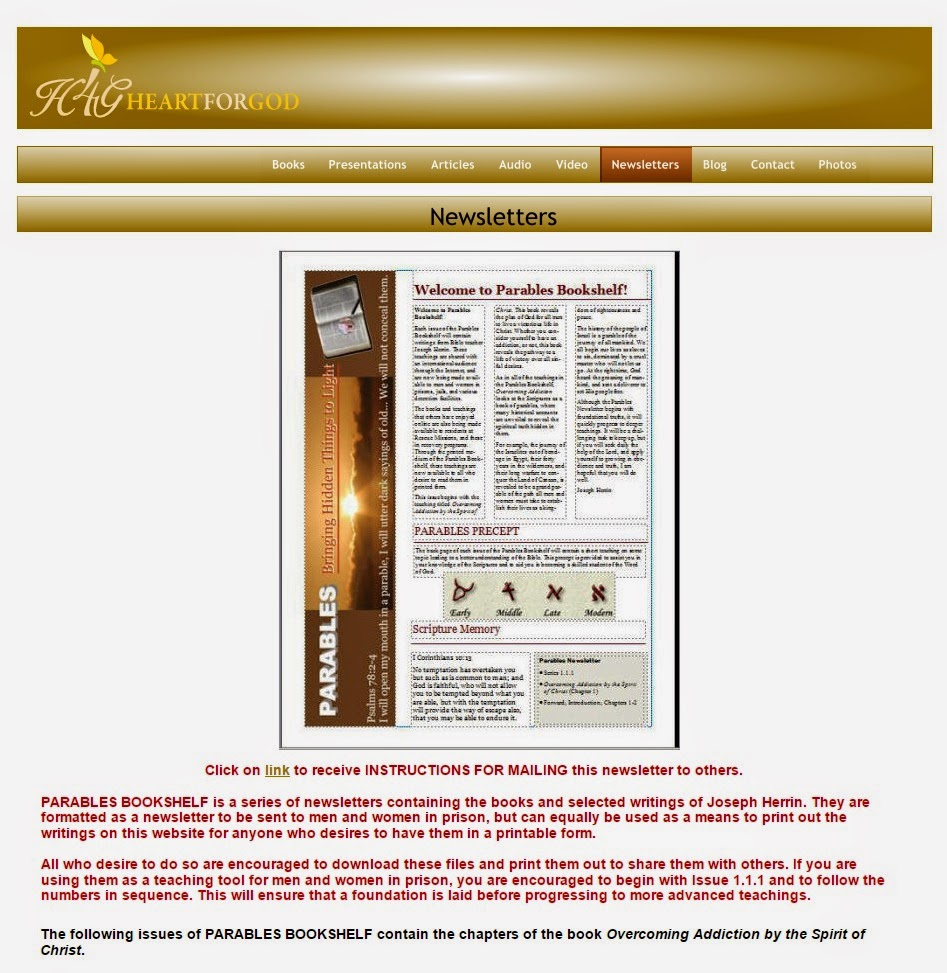 I believe Yahweh and Yahshua see this ministry to men in prison as one of the most important works they have called me to labor at. I generally set aside one day a week for printing newsletters and prepping them for mailing. I receive mail from men in prison on a weekly basis and correspond with a number of them. I have been impressed with the deep spiritual hunger of many of these men. Prisons in America are wretched places full of spiritual darkness. Men in prison who have been quickened to the reality of Yahshua and the light and life He brings are often desperate to receive sound spiritual teaching that will nourish their spirit man and supply them with some needed understanding, encouragement, peace, and hope. Numerous exhortations are found in the Bible admonishing the saints to remember those who are in prison.

Hebrews 13:3
Remember the prisoners, as though in prison with them, and those who are ill-treated, since you yourselves also are in the body.

Yahweh graciously granted me the opportunity to twice be held behind prison bars that I might know the plight of the prisoner. It was these experiences that led to the creation of these newsletters which have been a source of great encouragement for many men. I am deeply grateful for my brothers and sisters in the Lord who make it possible for me to carry forth this work as they send financial gifts. I would encourage such ones by reminding them of the following words of Scripture.

Matthew 10:42
“And whoever in the name of a disciple gives to one of these little ones even a cup of cold water to drink, truly I say to you he shall not lose his reward.”

For blog subscribers who have not visited the Heart4God website, I would inform you that there is also a Book page on the website. You can read, download, or print out all of my books there. They are available in PDF format. They are offered free of charge with no registration required.

I also added 5 more writings to the Articles page of the Heart4God website. Two of these writings were posted as a series on the Parables blog and can now be downloaded or accessed in a single file on the Articles page. These serial writings are Double Jeopardy and Deception, both of which were very popular with readers.

The three other writings which have been added to the site are:

What’s the Big Deal About Christmas

The Orderly Procession of the Spirit and the Gift of Tongues

There is an Audio page as well where nearly 100 messages can be listened to. And if you want to simply view some photos I have taken along the way as I have journeyed across the land, you can find them at the Photos page of the website.

I have additionally taken some time of late to make some progress toward getting my solar panels mounted atop my bus. I had a local man stop by who welded the solar tracker to the roof deck of my bus. This solar tracker that Jeff Higdon, a brother in Christ, fabricated for me, will hold my four solar panels and allow for them to rotate with the movement of the sun throughout the day. 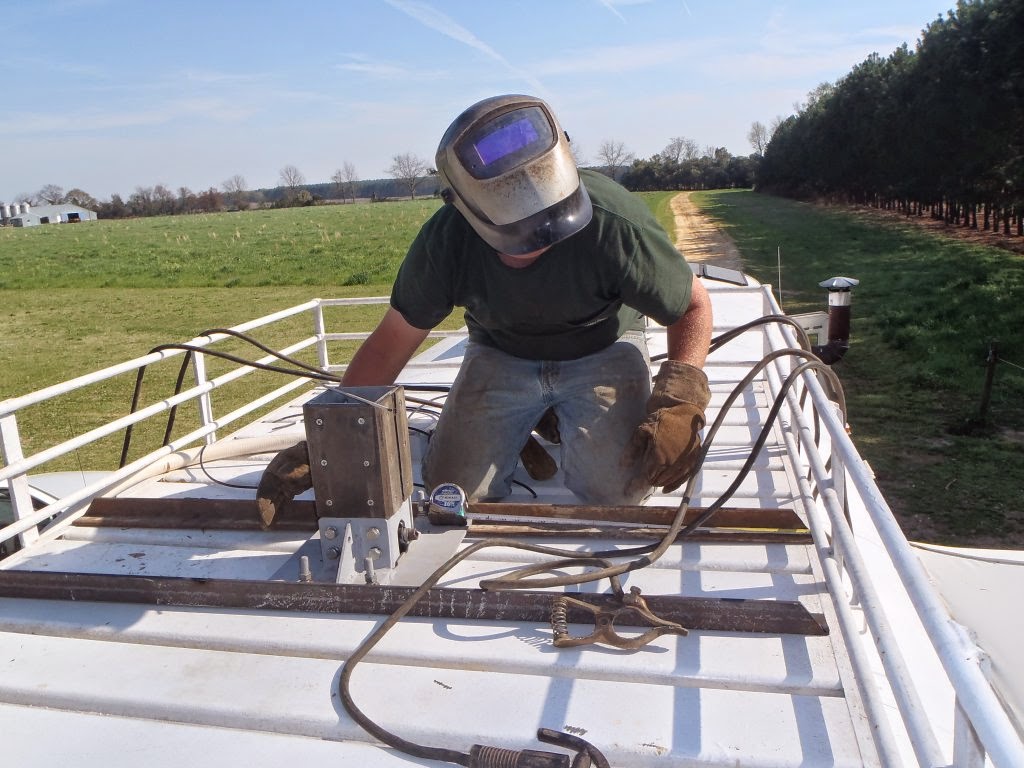 Getting the Solar Tracker Base Welded to the Roof 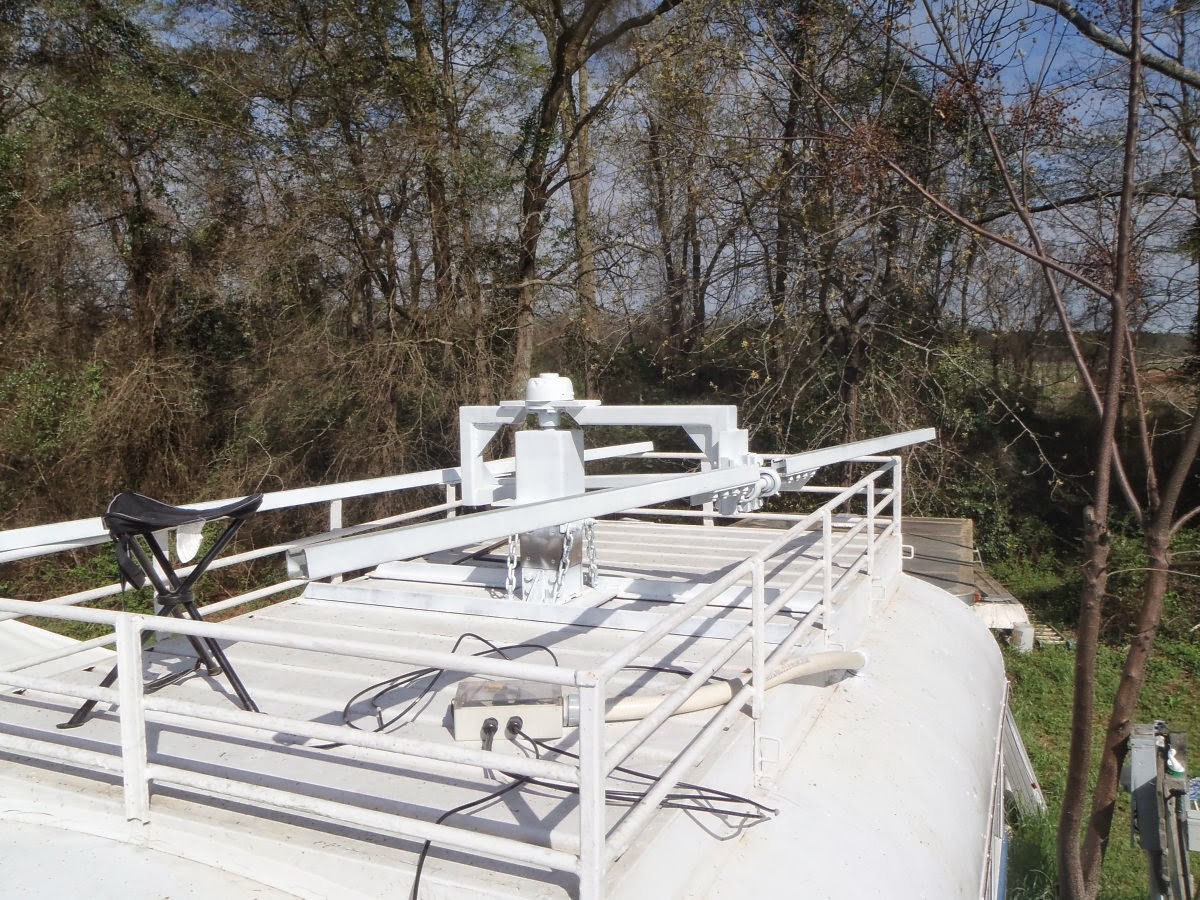 I still have to purchase a couple of linear actuators to control the motion of the tracker and install the electronics which will keep the panels aligned with the Sun. Then I have to finish the wiring on the roof and mount the solar panels. It is coming along and before too long I hope to be reporting that it is fully functional.

The grass is growing again here in Georgia and I have already had to mow the lawn. I need to get out a while this evening and cut some more. I also need to complete the book I have begun on the Hebrew Roots movement. It is good to have plenty to do.