(09-22-2020)
Introduction: This writing, written 11 years ago, is telling about the Coronavirus-19 vaccination, and others yet to come. The Coronavirus-19 vaccine is largely created with the cells of an aborted baby. The utter horror of this antivirus will be seen in coming days. As a warning of this type of virus, the swine flu that was being hyped 11 years ago was being promoted as a precursor to the sicknesses of this hour, and those which will come.
This 3 part series contains many dire warnings. It is my prayer that all those who call themselves Christian will be spared the carnage of the pharmaceutical sorceries being offered in this day. 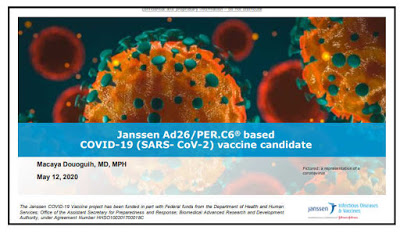 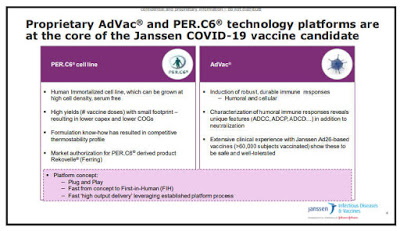 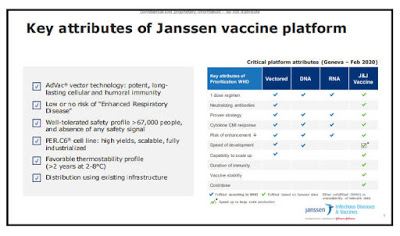 (Left click on picture to view larger.)
Look at each of the above slides. Note the mention of PER.C6. This is the name of the aborted cell line.
Joseph Herrin (08-14-09) 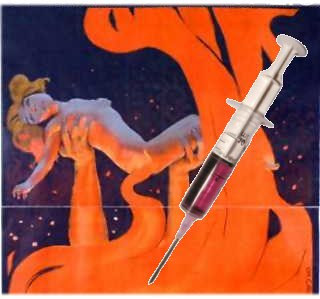 In writing this post I have experienced a greater horror at the discovery of the sinister abominations coming forth upon the world than I can remember. It was as if my spirit man were weeping at the things being revealed. If you had any doubts about whether you were to take the upcoming swine flu shot, or any other type of vaccination, you need to read this post.
As I have been following the news about the hyped flu pandemic, it has become evident that there is an evil and malignant power behind it all. Satan is “the god of this world” (II Corinthians 4:4), and he has many evil men who would gladly follow him as he offers them that same temptation that Christ turned down. Satan offers to them the kingdoms of this world if they will only bow down and worship him.
Many men have done so willingly, and multitudes more follow out of deception, not knowing who it is they are serving. These men (and women) are found in government, industry, and in positions of religious influence. Some of them work in the Pharmaceutical industry, and they are bringing forth greater sorceries upon the earth than has ever been seen before.
In the New Testament we find that the Greek word translated into the English word “sorcery” is pharmakeia. In Revelation, John describes Babylon the Great, the Mother of Harlots, with the following words:
Revelation 18:23
Your merchants were the great men of the earth, because all the nations were deceived by your sorcery.
This verse literally says that the merchants of Babylon were the great men of the earth, and “all the nations were deceived by your pharmakeia.” The related word “pharmakeus” described one who was “a druggist, a poisoner, a magician” (Source: Strong’s Concordance of the Bible).
At this very moment there is being planned a great illusion. It will be the act of the great deceiver who deceives all the earth. He is about to bring millions, perhaps billions, of people to practice child sacrifice and abominations without their knowledge. What is coming is truly diabolical.
I have read media reports and have understood that it usually takes 6 to 9 months to develop a flu vaccine AFTER the flu strain has been identified. The traditional process is to inject viral material into chicken eggs and then to harvest the antibodies that are produced. This is a time intensive process, and a way to speed up the production of vaccine has been sought, and has been found.
The foremost way to streamline the process involves taking human cells, instead of eggs, and using them as the medium in which to grow the viral material to produce the desired vaccine. In looking into this new process, I found that one company in particular has a line of cellular material that they license to other major pharmaceutical companies so that they can create pharmaceutical products. These products include flu vaccines.
The company is called Crucell. It actually has multiple lines of human cell material, but one in particular, called PER.C6, is marketed to be used to develop vaccines. What the company does not announce publicly is that the cell line was derived from an aborted baby.

PER.C6 cells are derived from embryonic retina cells of aborted fetuses. These cells taken from the eye of a baby aborted in 1972 and frozen. In 1985 they were unfrozen and used to start this cell line. This aborted baby’s cells  have been reproduced and distributed to other pharmaceutical companies to be injected into millions of people’s bodies.
This cell line is pronounced as “Percy Six.” According to the website www.behindthename.com, the name Percy came from a Gaulish (French) name that was Latinized as Persius. This name sounds much like Percy Six. Looking at the meaning of the name Perseus one discovers another omen of this products evil.
Perseus
Possibly derived from Greek περθω (pertho) meaning “to destroy.”
[Source: http://www.behindthename.com/name/perseus]
The Scriptures speak of the work of Satan in this manner.
John 10:10
The thief comes only to steal, and kill, and destroy…
The United States Food and Drug Administration is aware of the source of this cell line. In 2001 the FDA held meetings at which testimony was given concerning PER.C6.
FDA Meeting Minutes
VACCINES AND RELATED BIOLOGICAL PRODUCTS ADVISORY COMMITTEE
MEETING WEDNESDAY, MAY 16, 2001
We will now call on Dr. Alex van der Eb to tell us about adenovirus transformation of human cells and the development of 293 and PER.C6 cells for the manufacture of defective adenovirus vaccines.
Dr. Alex Van Der Eb, of Crucell is speaking…
So what I would like to do is to describe to you how and why we have made two different cell lines, adenovirus transformed human embryo cell lines which are called 293 and PER.C6. Both cell lines were made in my lab, and also the cells, the starting material, was prepared by myself at the University of Leiden. The 293 cell was made by Frank Graham in 1973 from human embryonic kidney cells that were made from fetal tissue one year ago…, whereas the PER.C6 cell was made by Ron Bout and Frits Fallaux in 1995 from an embryonic retina cultures that were made from fetal tissue by me ten years before that, in 1985…
So in 1995, Brahm Bout (phonetic), Frits Fallaux, Brahm Bout from IntroGene and Frits Fallaux from our university Gene Therapy Group, decided that we should try and make a new helper cell line… And indeed, in order to make a new system that allowed pharmaceutical production of adenovirus vectors…. It should also meet pharmaceutical standards. If you start all over again you can just as well try to do that, and it could be the basis for the manufacture of multiply deleted Adenovirus 5 vectors also. So we chose the human embryonic retina cells at that time…
So I isolated retina from a fetus, from a healthy fetus as far as could be  seen, of 18 weeks old.  There was nothing special with a family history or the pregnancy was completely normal up to the 18 weeks, and it turned out to be a socially indicated abortus – abortus provocatus, and that was simply because the woman wanted to get rid of the fetus.
We got this. There was permission, etcetera, and that was, however, was in 1985, ten years before this…
“The father was not known, not to the hospital anymore, what was written down was an unknown father, and that was, in fact, the reason why the abortion was requested.”
[Source: http://www.fda.gov/ohrms/dockets/ac/01/transcripts/3750t1_01.pdf]
This company acquired the body of a baby aborted at 18 weeks (6+6+6). It took cells from the eye of the child, and has used them to develop a line of cellular material that it is deriving great profit from. Unknown to millions of people, they are being injected with biological material taken from a healthy child that was killed in what is described as “a socially indicated abortus.” That is to say, it was an unwanted pregnancy taken from a sexually immoral woman who did not even know who the father was.
Crucell states on their website that the PER.C6 cell line has been marketed to other pharmaceutical companies and has been used in a number of vaccines. According to the company’s website, “PER.C6® technology is being used in Crucell’s programs for the development of vaccines against tuberculosis, malaria, influenza, Ebola and Marburg.” Added to this list is now H1N1 swine flu vaccine.
http://www.crucell.com/Technology_PERC6Technology
In looking at Crucell’s website, I was struck by the symbolism of their company logo.

Not only does this “eye” logo relate to the retinal tissue of the aborted baby that is used for their PER.C6 product line, it also is a symbol of the Illuminati, the Freemasons, and many other Luciferian organizations. The all seeing eye, a single eye, is a well documented symbol of occult organizations.
On Crucell’s homepage they also have displayed a graphic that once more draws attention to the eye of a child. Just one eye is shown, and the same symbolism and references are once more brought into focus. 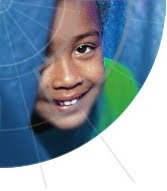 It is sickening to consider that someone is making a macabre joke in focusing on the eye of a small black child. In America the percentage of abortions broken down by race reveals that a disproportionate number of abortions are performed on blacks. Planned Parenthood places most of their clinics in minority neighborhoods, and Margaret Sanger, the founder of the organization openly promoted Eugenics. Eugenics was a pseudo-science focused upon selective breeding and the removal of undesirable elements from society. For those who view whites as a superior race, it seems prudent to them to take steps to insure that other races are suppressed.
According to the Alan Guttmacher Institute, more than 43 percent of African-American pregnancies end in abortion. Although African-Americans represent only 12 percent of the American population, they account for almost 35 percent of all abortions. In Mississippi, for example, while African-Americans represent only 37 percent of the population, they account for 73 percent of the state’s abortions. More than 78 percent of Planned Parenthood’s abortion centers are in or near minority communities.
[Source: http://www.reformedblacksofamerica.org/downloads/Abortion_by_race_Bradley.pdf]
Abortions are much more common among minority women in the U.S. In 2000-2001, the rates among black and Hispanic women were 49 per 1,000 and 33 per 1,000, respectively, vs. 13 per 1,000 among non-Hispanic white women.
[Source: www.wikipedia.com, article on Abortion]
Look again at the graphic for Crucell. It seems possible, even probable, that Satan is mocking both God and man by focusing attention on the eye of a child on Crucell’s home page. This is macabre and sinister. To harvest the eye cells of an aborted baby and then inject them into millions, or even billions of people is nothing other than a re-enactment of the ancient and perversely cruel rites of Baal and Moloch worship where children were sacrificed to bring blessing to the rest of the population. 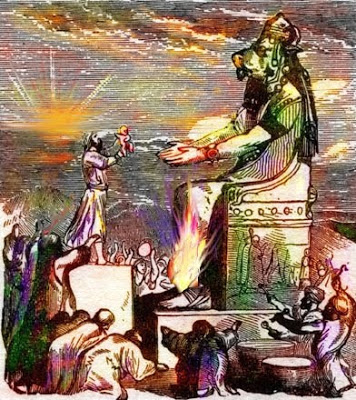