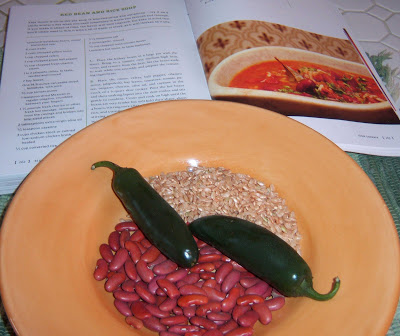 Makings of a Good Meal

I want to share some more of my recent meditations upon the humble bean and what we can learn by it. The book Beans – A History by Ken Albala reveals clearly how beans have throughout history been considered the food of the poor, of laborers and rustics. Following are a few quotations from this book.

Beans are not enthusiastically embraced by everyone though, and they are often deeply charged with social and ethnic bias. More than any other food, beans have been associated with poverty. There are simple economic reasons why this is so. In any culture where a proportion of people can obtain protein from animal sources, beans will be reviled as food fit only for peasants. Beans are indeed a cheap and economically efficient way to meet nutritional requirements, and for this reason, regions with a high population density or sparse grazing land came to depend upon beans. In many places, China and India in particular, beans retain a central role in the diet to this day. But in Europe, and the so-called developed nations, only those people who could not afford meat depended on beans. Thus beans became a marker of class, the quintessential peasant food or “poor man’s meat…”


A common saying was “he became rich and suddenly he no longer likes lentils.” The proverb suggests that it is particularly those who fear being mistaken for a member of the common rabble that would try to cast off the most obvious signs of their origins… In the 1911 edition of the Encyclopedia Britannica we are told “Lentils are more properly the food of the poor in all countries where they are grown, and have often been spurned when better food could be obtained, hence the proverb Dives factus jam desiit gaudere lente.” This is merely the Latin version of the proverb cited above. That is, the social stigma against lentils, as we shall see with most beans, remains firmly in place from the time of the ancient Greeks up to the twentieth century.

Despite this proud bias against the humble bean, there are few foods that are a better hedge against starvation in times of famine. The same book contains the following words:


Gervase Markham in his “A Way to Get Wealth” explains not only how to plant them, but also how they should be dried. When one is compelled to harvest early, beans must be kiln-dried, after which they will remain sound for “the space of many years, without turning or rolling: nor need you to respect how thick the heap lie, since beans after they are once dried in the Kilne, or in the Sun, never after will thaw, give again, or relent, but remain firm in their soundness.” Those you intend to feed your servants can just be kept in barrels, up to twenty years, he claims, and he has even heard of beans last 120 years this way. His comments about servants are revealing, but so too is the idea that this is the one food that can withstand time and ostensibly feed people in a time of want.

Dried beans are not only a good source of nutrition in times of famine, but they make a good portable food. Beans were a staple food of the pioneers and explorers.

In the mid-nineteenth century beans were also considered one of the ideal foods to take on long cross-country journeys, the ideal pioneer food because of their durability. Indeed, Lewis and Clark in their first foray across the continent early in the century brought with them 100 pounds of beans from St. Louis. Later they traded for more beans among the native tribes, and they ate beans along with buffalo. Later the migrants would give beans the nickname “prairie strawberries…”

As I consider Yahweh’s recent counsel to me to make beans a significant part of my diet and to store up beans at this time, I am reminded of that which the Father spoke to me in 2008 right after He directed me to leave my employment at the Macon Rescue Mission and return to a ministry of writing and teaching full-time. I spent some time seeking the Father to know specifically what He was calling me unto, and what the character of the ministry would be that He was directing me to. What He revealed to me I set forth in my very first blog posts on this website. You can read them still. In particular, I would draw your attention to those posts titled Pioneers and Explorers to Serve as Guides (Parts 1 and 2).

The gist of these posts is that Yahweh has been leading a small number of His sons and daughters down wilderness paths, through many trials and afflictions whereby their flesh has been dealt with and reduced. This fiery path has been for their cleansing and perfecting, their maturing as spiritual men and women. These ones have gone before their brothers and sisters down this wilderness way much like Moses spent forty years in the wilderness being humbled by God BEFORE Yahweh appeared to him at the burning bush and commissioned him to lead a much larger group through a similar experience.

These forerunners have gone before their brothers and sisters in the same way that there were certain explorers and pioneers who went into wilderness and uncharted places before the great migrations that opened up the western portion of the American continent. These pioneers and explorers were able to serve as guides to those who followed behind them. The value of a good guide could not be underestimated. It could literally mean the difference between life and death.

In a sense, Yahweh directing me to focus upon beans, and to recommend them to His people at this hour is a spiritual parable. Beans are humble fare. Those who follow Christ into a wilderness experience in the days which are close at hand must put on the garment of humility. Yahweh’s remnant must be content with lesser things than they have been accustomed to. They must endure hardship, and manifest a heart of trust and thanksgiving for all the provision Yahweh sends forth, no matter how humble.

Those who are the most humble and content will find the wilderness easier to endure. Yahweh gives grace to the humble. A merry and thankful heart does good like a medicine, while a complaining spirit is like rottenness to the bones. Attitudes and expectations will make or break people in the days approaching. It is time to cast off the desire for ease that has encapsulated the church. A yearning for material comfort and prosperity must be laid aside. The disciples of Christ must discern the call and value of taking up the cross which He bore. He is the first pioneer. All who would arrive at the same destination must follow the path He trod.

I will close today’s post with a recipe I recently came across. It is simple, inexpensive, nutritious, and delicious. I am cooking my second pot as I am writing this post. That which others despise as humble and fit only for those in poverty can actually be a hidden treasure. I will call this “Pioneer Soup.” Its basic ingredients are lentils an rice. The seasoning may seem unusual, but they work great together. It is a real treat (at least to my taste buds.)

Place the following in a crock pot (a solar oven will also cook this excellently).

Cook until lentils are softened (several hours). You will know when it is done. Just try it.

The above is the recipe as I found it online. I prefer my food with a little heat, so I also added the following.