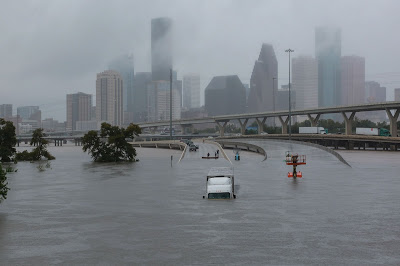 In the last week I have been among other things watching Hurricane Harvey. In my last post I said I believed it would be a storm to watch. It certainly was, and you don’t have to be a prophet to receive the message it brought. 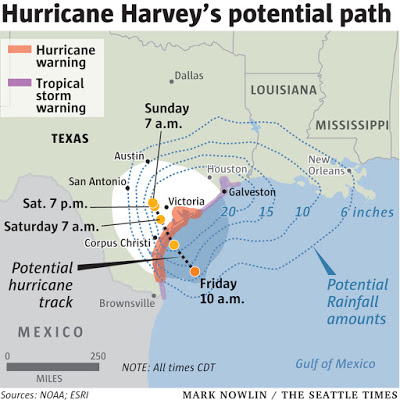 Hurricane Harvey came to land near Corpus Christi whose Latin name means “Body of Christ.” The most severe winds of the storm hit Corpus Christi, though wind is not the most destructive force of a hurricane. Water is far more destructive and during its second and third landfall (it had 3 landfalls over the course of 4 days) it had flooded the land with more water than any hurricane has since records were kept. Initially they were estimating that it would leave 30 inches in some places. Then they changed it to 40 inches. Finally they bumped it up to 50+ inches of rain in some places. Houston, Texas is the 4th largest city in America. It was right in the bulls-eye of all the rain. 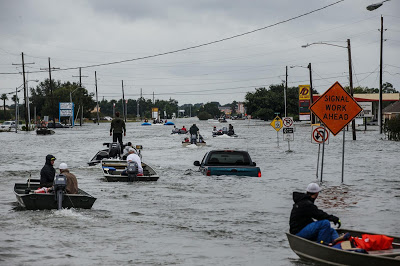 The news is reporting that 30,000 to 40,000 homes are destroyed. They had to call in people with tall trucks and boats to go and rescue people from their homes. 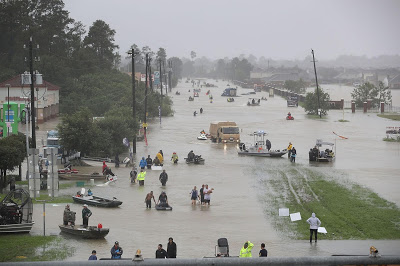 The results of the hurricane are still being felt as a number of rivers and bayous are still overflowing. Records were set in water levels for all time, some breaking the record by six feet. Tens of thousands of people are homeless with the cities conducting shelters that in some cases became flooded themselves and had to be relocated elsewhere.

Some are putting the cost of the hurricane in excess of $190 billion dollars. Some as high as $125 billion in U.S. government aid alone. This figure would eclipse Hurricane Katrina as the most costly hurricane on record. It would be the equivalent of mixing Katrina and Sandy together.

If you have been watching this unfold, you are aware of what a tremendous cost this is to individuals and to commerce. This is only a sign of what is coming to America as a nation.

Many people have been asking me what I think of the sign in the heavens September 23. My answer is that I don’t have any opinion about it. I haven’t heard the Lord speak anything of it. We must be careful to only speak that which we have heard from the Lord. Until I hear something I cannot offer an opinion on September 23rd. As far as dates for prophetic signs to take place, I have no dates.

As to dates in the past the solar eclipse of America on August 21, 2017 is a warning. It was followed the same week with the first major hurricane to strike the U.S.A. in 12 years. We are approaching the last days before the return of the Lord Yahshua. Let us listen to what He is saying. With America being the greatest nation on Earth, filling it with abortion, homosexuality, sexual indulgence, violence, and every form of deceit, let us truly look for the Lord to speak of striking America with great fervor. What will it take for America to wake up?