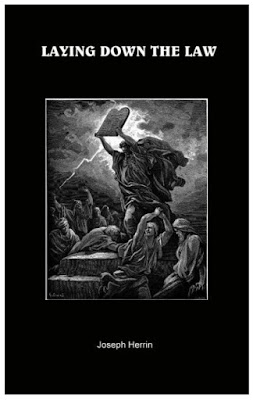 Moses My Servant is Dead

A brother in Christ, wrote to me after reading the previous chapter on the life of Moses as a type and shadow of the Law. His comments are pertinent to the subject of this chapter. The title is a quotation taken from the following verse:

Joshua 1:1-2
Now it came about after the death of Moses the servant of Yahweh, that Yahweh spoke to Joshua the son of Nun, Moses’ servant, saying, “Moses My servant is dead; now therefore arise, cross this Jordan, you and all this people, to the land which I am giving to them, to the sons of Israel.”

The brother who wrote to me shared some further insights into Moses as a type and shadow of the Law. I found his comments to be excellent and wanted to share them with you.

I have been extremely blessed by your teaching series ‘Laying Down the Law.’ My eyes have been opened to many things and I have been challenged to seek a life in the Spirit more and more. It is so much easier to return to the law and have an appearance of righteousness than it is to pick up our cross and follow the lamb wherever He goes. However, true freedom is only found in Christ and life in the Spirit. Otherwise, we find ourselves remaining a slave to sin as Paul declares:


Romans 7:21-25
So I find this law at work: Although I want to do good, evil is right there with me. For in my inner being I delight in God’s law; but I see another law at work in me, waging war against the law of my mind and making me a prisoner of the law of sin at work within me. What a wretched man I am! Who will rescue me from this body that is subject to death? Thanks be to God, who delivers me through Jesus Christ our Lord!

In reading the recent post about Moses’ life being a parable, or type of the Law, one additional thought came to my mind that really drives home God’s decision to put an end to the law. I may be wrong, but I think that Moses is the only person in the Bible that was personally buried by the Lord.
See the following verse references regarding the body of Moses (i.e., the body of the LAW).

Deuteronomy 34:5-6
And Moses the servant of the LORD died there in Moab, as the LORD had said. He buried him in Moab, in the valley opposite Beth Peor, but to this day no one knows where his grave is. Moses was a hundred and twenty years old when he died, yet his eyes were not weak nor his strength gone.

Jude 1:9
But even the archangel Michael, when he was disputing with the devil about the body of Moses, did not himself dare to condemn him for slander but said, “The Lord rebuke you!”

We can discern from the first verse that it was the Lord himself who buried the body of the Law and that was His intent. In the second verse, we are reminded that it seems the devil has an undue interest in the body of the Law and even disputed with Michael about it. I’m sure it is the devil’s ongoing pursuit to revive the Law that the saints may be kept under bondage and never come to maturity. The devil knows that once the ‘sons of God’ are revealed that his time is short, so the longer he can keep the saints under bondage failing to come into maturity, the longer he can retain his rule as prince of this world. Nevertheless, we know that it will happen according to God’s timetable and no one else’s, even though the devil tries in vain to change the times, or in this case to buy more time.

One other thing jumped out at me as well in the above verses. At the initiation of the law, you mentioned that 3,000 died, and at Pentecost (initiation of life in the Spirit) that 3,000 were saved. Likewise, at the death of the law, Moses was 120, and at Pentecost (renewal of covenant of promise) 120 were in the upper room. Just an observation, but like you said, Yahweh is a God of details and nothing is by chance!

Andrew is correct in that Moses is the only person named to have been buried by Yahweh. Such an unusual occurrence certainly bears careful scrutiny. I will add some additional thoughts on this matter. In the Scripture Andrew cited we read, “Moses was a hundred and twenty years old when he died, yet his eyes were not weak nor his strength gone.” What this signifies is that the Law never abated in its ability to show man his condition (his eyes were not weak). Additionally, the Law retained its strength to the end, having the power to put men to death (nor his strength gone).

It is certainly symbolic that Moses at the age of forty, sensing that he was called of God, slew an Egyptian. The Law is a manslayer. Its ministry is one of condemnation and death.

II Corinthians 3:7-9
But if the ministry of death, written and engraved on stones, was glorious, so that the children of Israel could not look steadily at the face of Moses because of the glory of his countenance, which glory was passing away, how will the ministry of the Spirit not be more glorious?

We read that when Moses descended the mountain with the tablets of the Law, he commanded the Levites to slay their brethren and 3,000 fell on that day. Later, Moses commanded those who had transgressed by sinning in the matter of Baal of Peor to be hung. Over and over we see Moses carrying out the Law, slaying men, for the wages of sin is death. The Law could not deliver men from their slavery to sin. It could only carry out the judgment for sin.

Moses, like the Law, retained his strength until the end. In truth, the very last act of the Law was to put the Son of God to death. What incredible strength was in the Law.

Hebrews 2:2
For if the word spoken through angels proved unalterable, and every transgression and disobedience received a just penalty…

Christ did not die for His own sins. He took mankind’s sin upon Himself. The Law effectually slew all men when Christ hung on the cross, for He died in our place. Until the very end, the Law retained its power. When its last act was accomplished, having slain every man, Christ removed the Law, putting it away.

Colossians 2:13-14
When you were dead in your transgressions and the uncircumcision of your flesh, He made you alive together with Him, having forgiven us all our transgressions, having canceled out the certificate of debt consisting of decrees against us, which was hostile to us; and He has taken it out of the way, having nailed it to the cross.

There is further significance in the fact that Moses was buried, not in Israel, but in Moab. We read: “He buried him in Moab, in the valley opposite Beth Peor, but to this day no one knows where his grave is.”

Moab was outside the land of Canaan. Yahweh did not give the Israelites any portion that belonged to Moab.

Deuteronomy 2:9
Then Yahweh said to me, “Do not harass Moab, nor contend with them in battle, for I will not give you any of their land as a possession.”

Neither in life, nor in death, could Moses enter into the land of promise, that land flowing with milk and honey. The Law cannot take men into their inheritance.

Why did Satan contend with Michael for the body of Moses? Moses was dead, and Michael was sent to bury him. Satan opposed this action. He still opposes it to this day. Although the Law’s power and rule over man ended when Christ was slain, Satan seeks to prop it up as a living thing to this day. There is no life to be found in the Law.

Galatians 3:21
For if there had been a law given which was able to impart life, truly righteousness would have been by the law.

Satan, with much cunning and deceit wants to ever lead men away from the true source of life and bring them to focus on that which is dead. We must see ourselves joined to Christ and dead to the Law. The Law was a minister of condemnation and death. It slew all men. In Christ Yahshua we are made alive.

Romans 7:4
Therefore, my brethren, you also were made to die to the Law through the body of Christ, so that you might be joined to another, to Him who was raised from the dead, in order that we might bear fruit for God.

Let us look at one last detail of Moses’ death before passing on to other things. We read, “He buried him in Moab, in the valley opposite Beth Peor, but to this day no one knows where his grave is.”


In the Hebrew the word Beth means “House.” Peor means “open, gaping, or yawning.” Combined they mean “open house,” or “gaping house.” It speaks of a habitation that is open. The door is not shut.

Where did the Law come to its final resting place? Was it not in the person of Christ? Is this not what was signified when Moses placed the tablets of the Law in the golden Ark? The Son of God fully satisfied all the righteous requirements of the Law. Christ accepted the Law’s judgment of death for the sin of mankind. He was crucified, then laid in a tomb. The Law went there with Him.

Romans 10:4
For Christ is the end of the law for righteousness to everyone who believes.

Christ is no longer in the tomb. The tomb is open, gaping, yawning. The earth could not hold Him. Death could not keep Him bound. He has risen. His death, burial, and resurrection marked a turning point in Yahweh’s dealings with His people. The Law was satisfied in the person of Christ and laid to rest. Christ then sent forth His Spirit that we might become partakers of the divine nature. Those who are in Christ have passed from servant to son, from childhood to maturity, from the guardian and schoolmaster of the Law, to life in the Spirit.

What glorious things are revealed in the types and shadows Yahweh has given to us!