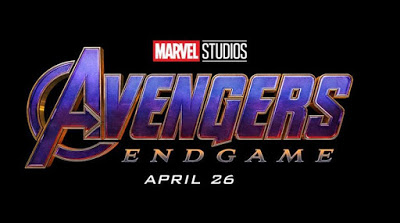 I hadn’t planned on watching Avengers ENDGAME, but George had rented it and he asked me if I cared to watch it with him. He had already watched it once and wanted to see what insights I might get from it. I had already concluded that the Avengers movies were some of the most overtly Satanic movies being made. In case you are not aware of their Satanic content, I will share it again with you.

One of the greatest mythological figures in the comic series is Iron Man. 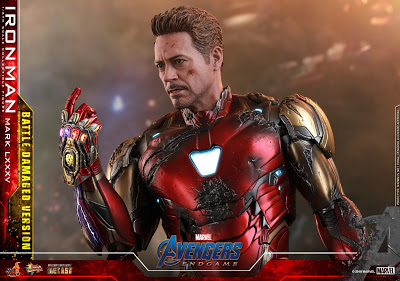 To see the evil of Iron Man one has to look further in the comics. Iron Man’s name is Tony Stark. He is the son of Howard Stark. Howard Stark is a World War II character, who is patterned after a real person that lived at the time. I have written about him previously in the book Lunacy and the Age of Deception. The person is Jack Parsons. Following is a picture of Jack Parsons alongside the character of Howard Stark from the movie Captain America: The First Avenger (2011). 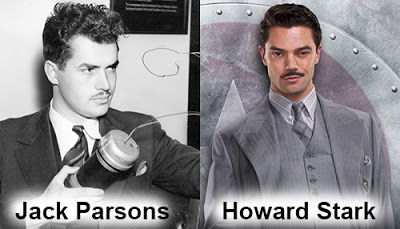 It looks like Jack Parsons could be a role model for Howard Stark. In fact he is. What is more remarkable is that Jack Parsons birth name was Marvel Whiteside Parsons. Did Marvel Comics choose the name because it had belonged to him? Jack Parsons died at the age of 37 in 1951 and Marvel Comics changed its name from Atlas to Marvel in 1961. Jack Parsons was a rocket engineer and worked for the company that became JPL (Jet Propulsion Laboratories). Many followers of JPL call it Jack Parsons Labs. JPL is now a part of NASA

Jack Parsons was a member of Aleister Crowley’s O.T.O., also known as the Satanic church. Jack performed the Babalon Working Satanic sex workings with a red headed woman. The woman was Marjorie Cameron. 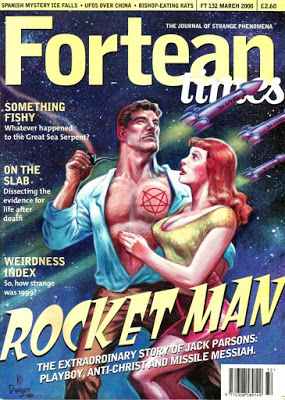 You will note a pentagram inside a circle on Jack Parsons chest. To read of all the dark things Jack Parsons did by the end of his life at 37 years old would make one shudder. Why would a comic strip company desire to fashion one of their main characters after such a man? In the case of Marvel they did not just do it with one character, but with many.

Let’s look at a couple of other Marvel characters in this movie. There is the god called Thor. The name “THURS day” is in honor of Thor. 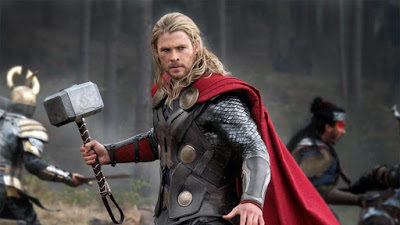 We also are shown Frigga, Thor’s mother, in the movie. Frigga makes some startling comments in her brief appearance. She confesses to being raised by witches. 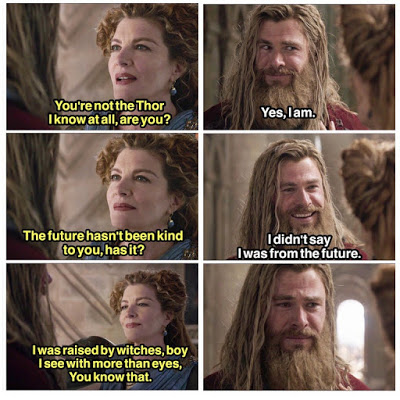 She also tells Thor the following. 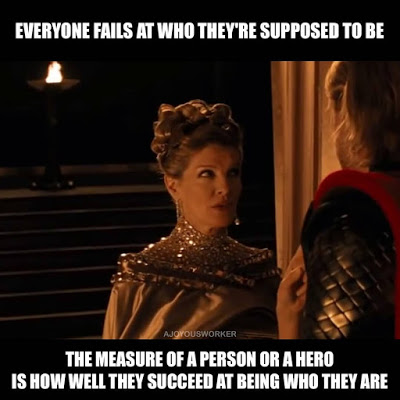 And Yes, “FRI day” is named in honor of Frigga. Let us look for a moment at this saying of Frigga. “The measure of a person, of a hero, is how well they succeed at being who they are.” Is this a true statement? Listen to it in contrast to the words of Yahshua.

Matthew 7:21-23
“Not everyone who says to Me, ‘Lord, Lord,’ shall enter the kingdom of heaven, but he who does the will of My Father in heaven. Many will say to Me in that day, ‘Lord, Lord, have we not prophesied in Your name, cast out demons in Your name, and done many wonders in Your name?’ And then I will declare to them, ‘I never knew you; depart from Me, you who practice lawlessness!’”

John 5:30
“I can of Myself do nothing. As I hear, I judge; and My judgment is righteous, because I do not seek My own will but the will of the Father who sent Me.”

The words of Frigga are the opposite of what Christ said and did. It is not a wonder she says she was raised by witches.

Of course Thor’s father is Odin/Wodin. From Wodin we get Wednesday. Odin was in some earlier movies. 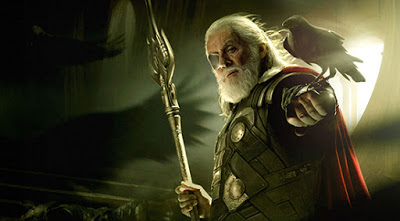 Now let us look at Captain America. He was the first comic strip hero to do the works of an Avenger. An Avenger means “someone who seeks vengeance.” Yahweh says,

Leviticus 19:18
You shall not take vengeance, nor bear any grudge against the children of your people, but you shall love your neighbor as yourself: I am Yahweh.

In the New Testament this law is repeated..

Romans 12:19-20
Beloved, do not avenge yourselves, but rather give place to wrath; for it is written, “Vengeance is Mine, I will repay,” says Yahweh. Therefore “If your enemy is hungry, feed him; If he is thirsty, give him a drink; For in so doing you will heap coals of fire on his head.” 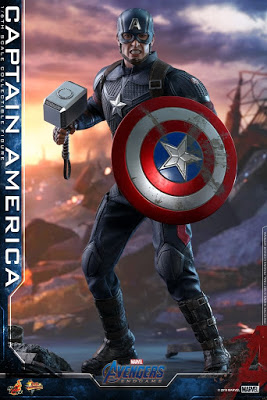 Another wicked character in the Avengers – Endgame is the Scarlet Witch.

Exodus 22:18
You shalt not permit a witch to live.

The Scarlet Witch is one of the Avengers. There are far too many Avengers to list every one of them. 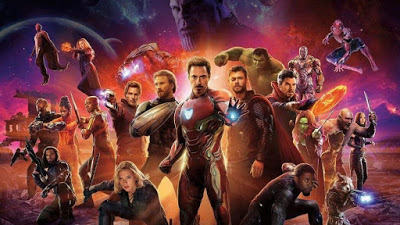 A tithe of Avengers from the movie Endgame. This group of revenge seekers is supposed to be the heroes for people to pattern themselves after. I cannot think of a worse group of people (and things) to proclaim as righteous. Let us rather look to the ways of God, and DO His will.