A sister in Christ shared a link to a blog she recently wrote. I found the ideas expressed very thought provoking.

Why Wouldn’t They Want Jesus?
By Kimberly Payton Marts

In the cacphony of the world, I seem to hear the following continuous themes:

Everyone wants peace…so why wouldn’t they want my Jesus? He is the prince of peace. (Isaiah 9:6)

Everyone wants acceptance…so why wouldn’t they want my Jesus? He is no respecter of persons. He shows no favoritism. All are equal in Him. (Acts 10:34)

Everyone wants to be happy…so why wouldn’t they want my Jesus? He is the joy of my strength and my salvation. (Nehemiah 8:10)

Everyone wants to be eternally youthful…so why wouldn’t they want my Jesus? He is eternal life. (John 10:28)

Think about it. Jesus is the Way to life, liberty and the pursuit of happiness. Jesus is the truth about life, sin and death. Jesus is life…eternal life, eternal love, eternal peace, eternal joy and to be one with Him is to be equal with all other men and women. We all live by the same standards and requirements. He is the only way to do it. We do not have it in us to do it without Him.

May you find love, peace, joy and equality in Him in the upcoming year!

Yes, we ourselves are fine thank you. But I’m scratching my head wondering what our Father is signifying through all that is happening in our land. The current crop of aftershocks have come as quite a surprise, as things seemed to be settling down. To date we have had 4140 aftershocks, but most of them you never feel.

On Boxing day,the 26th Dec., when the retailers were looking to recover some of their losses caused by the recession in New Zealand, and the earthquake in September, we suddenly were experiencing shock after shock, the major one being recorded as a 4.9 magnitude, but which the newspaper reported today as saying actually had more strength than the 7.1 nearly four months ago. In that 24 hours we had 32 aftershocks, and most of them were shallow, and under or close to the city itself, not 40 kilometers away as the September 4th original. The 4.9 one hit just after 10.30am, when the central city was coming alive with the heavily discounted sales being chased by people looking for bargains. Because of the very shallow depth and the epicentre being under the city itself, it caused more damage to buildings than the Sept.4th shock, even though it only lasted a few seconds. Again no one was injured, though parapets of brick fell. The city centre was closed for the day after people were evacuated, and the work of inspecting 5000 buildings began again.This was necessary as many buildings suffered cracks in their structures.Today the 28th., 95% are in business again, but handicapped by blocked streets, and emergency services doing their work.

From the NZPA this morning.

As engineers continue assess the damage caused by the latest swarm of aftershocks to hit Christchurch it has been revealed that shaking in the central city caused by the biggest tremor exceeded the devastating September 4 quake.

The largest aftershock measuring magnitude 4.9 shook the city at 10.30am on Sunday causing shoppers to flee as bricks and mortar crashed from buildings. Around two dozen aftershocks were felt within the space of 36 hours.

GNS Science strong motion sensors showed that peak ground movements — from side to side or up and down — during Sunday’s quake reached 48 per cent of the acceleration of gravity at the Christchurch Botanic Gardens, ‘The Press’ reported.

This compares with the shaking recorded during the magnitude 7.1 quake on September 4, where peak ground acceleration levels recorded in the central city reached between 15 and 20 percent.

GNS Science manager Ken Gledhill said the reason why there had been more damage in the September 4 quake was because the shaking lasted longer.

The Boxing Day quake could have been a magnitude 5.0 as errors in measurements were possible, Mr. Gledhill said.

Meanwhile a cordon remains in place in Cashel Street Mall and engineers will continue to assess damage in the central city area today.

Deputy Mayor Ngaire Button told NZPA yesterday that the Cashel Street mall was unlikely to open today but the council was working hard to reopen the area.

“It depends on business owners and building owners and how quickly they can get their engineers in and do the remediation work that is required,” she said.

Inspectors have checked more than 3000 of 5000 buildings within the “four avenues” that surround the centre of the city and have so far identified 115 buildings in need of remedial work.

The aftershocks came at a bad time for Christchurch retailers who were in the middle of Boxing Day sales.

According to Paymark figures, the volume of electronic transactions was down 10.7 percent in Christchurch on last year. This compares to nationwide figures which were down 6.7 percent.

The poor sales have prompted business leaders in Christchurch to call for a Boxing Day “replay” once the dust settles on the latest aftershocks.
[End of copy]

On the 19th November New Zealand suffered a coal mine disaster, after an explosion in a mine on the West Coast, a province adjacent to Canterbury, and separated from Canterbury by the Southern Alps. This explosion killed 29 miners, whose bodies have yet to be recovered. Over the succeeding days, more explosions and toxic gases kept rescuers at bay. This was a major event for New Zealand, which will have great repercussions to that province and to New Zealand.

This, along with a new disease for NZ in one of our fruit exports, and a threatening disease to one of our fish industries, makes me believe that God’s judgements have begun on a nation that shares and embraces all the sins that are engulfing other Western nations. Sin is no longer seen as sin, as it was not so long ago, and Christians accept and do the same things that the world does, without any sense of shame or seeming regret.

Observing the local scene, I would have to say that there has not been one pointer to show that Christians at least recognize the Hand of Almighty God in any of these events, other than His Keeping Power. Religious leaders utter platitudes that the world utters,and so fulfill their duties.

I could unload a lot here, but as you may publish this letter I will desist!

I have been very impressed with your building of “The Dreamer’ bus, and seeing how His Hand has been in it all. I am sure that He will make it very plain to you as to the use of it.

As always, you are in my prayers, my Brother in Christ,

Regarding “The Dreamer” bus. I have been busy setting up storage and moving things into it. The Father has indicated that I am to be dwelling in it as the new year, 2011, begins. Whether this indicates that a time of judgment is near, I cannot say, though He has referred to this bus as “an ark.” 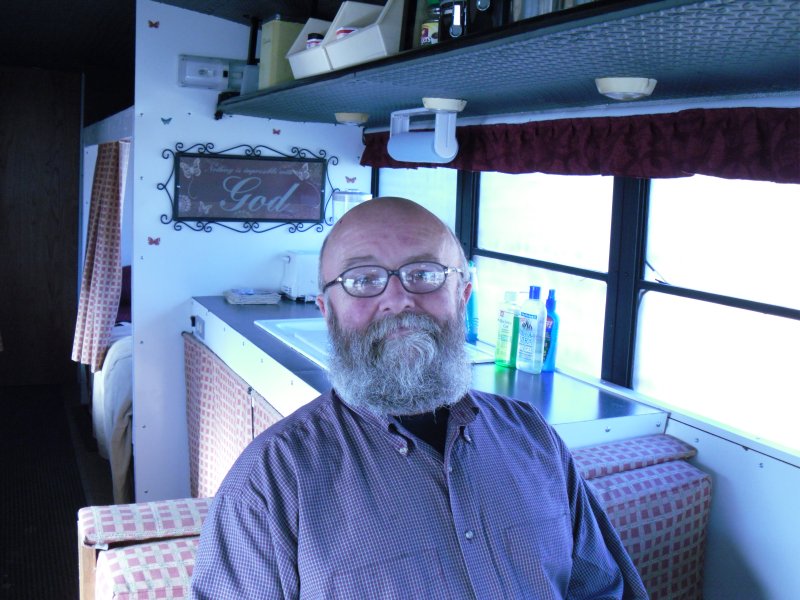 I have had a growing anticipation as the bus is nearing completion. As I have begun moving things in that I might better plan my storage needs, there has been an excitement in me about residing there. I am truly blessed by all the assistance that has flowed from the body of Christ in bringing this work to fruition. 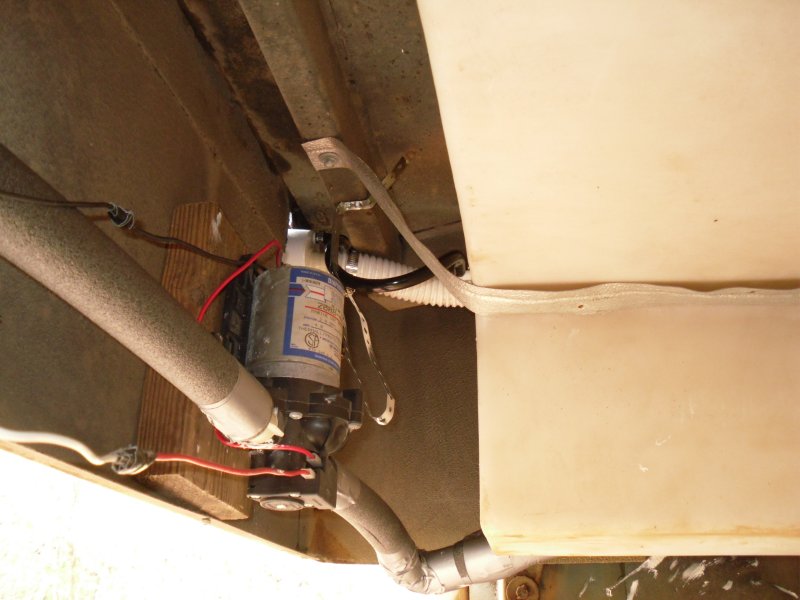 There have been challenges along the way. The plumbing was the most difficult aspect for me. I had leaks at my first pressure test, but they were quickly corrected. I then had to move the pump for the potable water system twice to get it working correctly. In the picture above, I had moved the pump to a location under the bus so gravity flow would cause the pump to remain primed. It looks real good in the photo, but I had it hooked up backwards so that it was pushing water into the tank, rather than pulling it out. It required some patience and perseverance in getting the system working, but the Father showed me what to do, and the water is flowing just right now.

My moving day is scheduled for either Friday or Saturday of this week. I will be moving the bus to an RV park so I can have full hook-ups. Since the bulk of my labor on the bus is complete, I should be able to devote more time to the ministry of writing.

One thing I have not yet completed on the bus is painting the outside. It has been cold here of late, so I must wait for the weather to warm up before painting. I have been pondering the color scheme, however. Following is a picture of the bus all cleaned up last week, and some ideas I have had for the exterior paint. 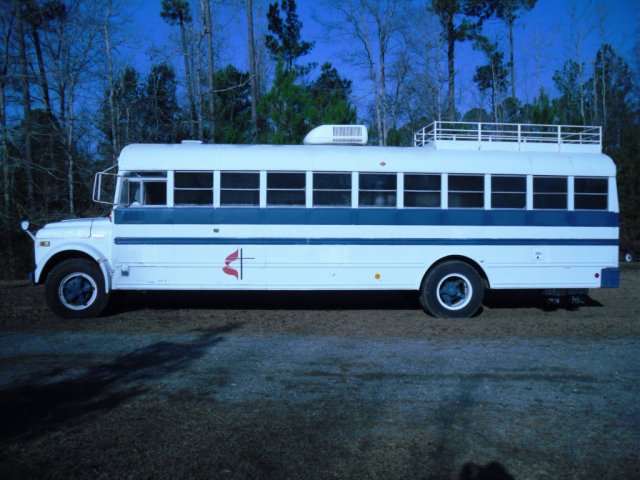 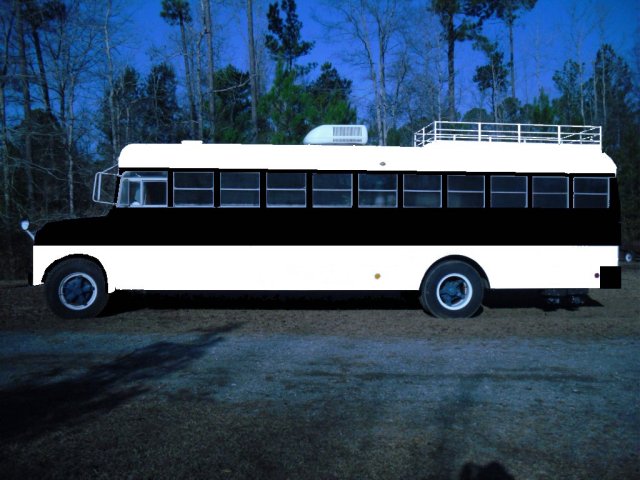 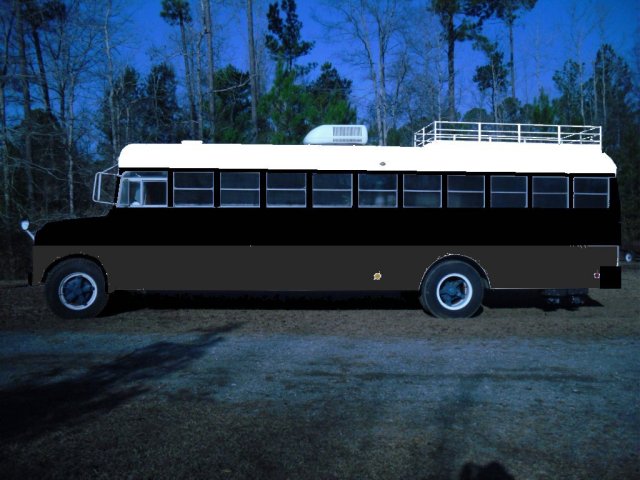 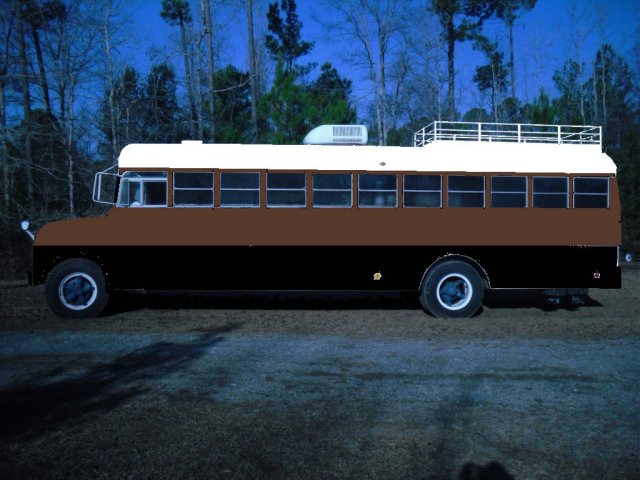 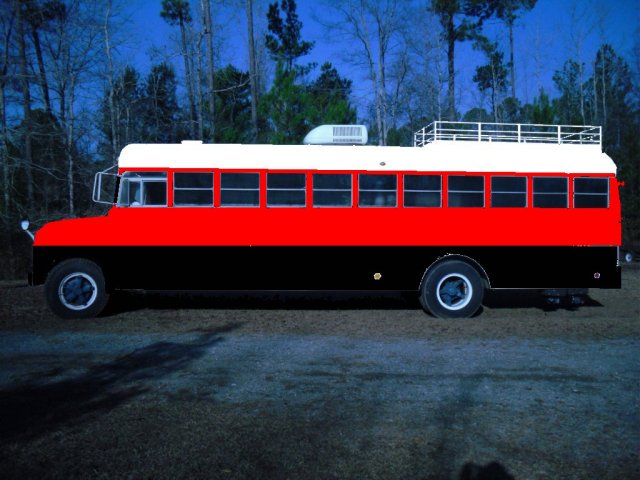 Okay, those are all the options I am going to post. If you care to share your thoughts on the paint scheme, I invite your responses. 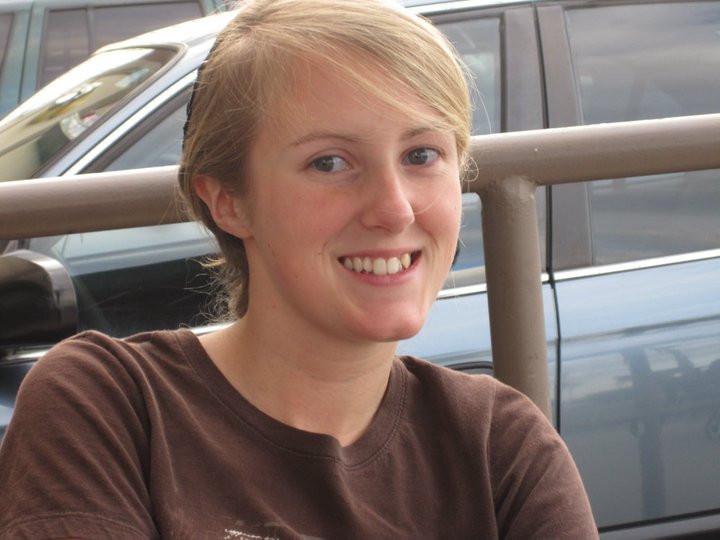 Twenty-three years ago today, the Father blessed my life by giving me a daughter. He had spoken to me before Kristin was born, announcing to me what her name would be. After losing my firstborn son, Yahweh said He was going to restore my joy. He truly did so.

I have been very blessed this past year to observe Kristin’s life. It has been a year of challenges for her, but she has arisen in the Spirit to each of them, walking in the fear of Yahweh, seeking always to do that which is pleasing to Him. I can heartily echo John’s own heart when he wrote:

III John 4
I have no greater joy than this, to hear of my children walking in the truth.