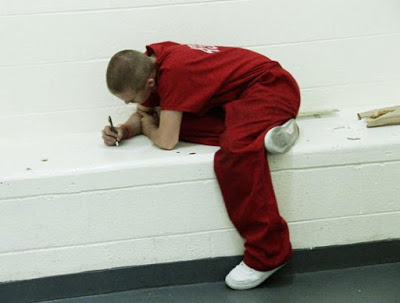 Some recent correspondence from men in prison has required much time invested to answer them responsibly. I consider it a sacred duty and a privilege for the Father to give me these opportunities. The length of time I am spending on correspondence prevents me from writing blog posts, but I have found that many readers appreciate it when I post correspondence that I have with men in prison, for it gives them a window into the lives of men who are locked up. Additionally, the subjects discussed, and the counsel given are instructive to many readers.

I am including here one more lengthy correspondence with an inmate who, like the man in the previous post, sent me a series of questions. I sense a more humble spirit in this man, which is reflected in my reply to him.

As a bit of background, the man I am writing to was raised Roman Catholic. He had sent me a letter a few weeks ago where he stated that he was considering converting to Islam while in prison. He asked my thoughts on this and I was happy to be able to share with him that in doing so he would be trading one Babylonian religion for another. He responded very well to my counsel, as you will see in his letter below. I will use the man’s first name here as it makes the correspondence less awkward to read. His name is Alex.

Thank you for your thorough and timely responses. I was not expecting so much, but I devoured both the writing titled Syncretism and Satanic Inroads in one day. I am starving for intelligent and truthful information without an agenda. Your comment that converting to Islam would only be trading one Babylonian form of worship for another was what I needed to hear to realize the mistake I was about to make, and not just the comment, but all the historic information to back it up. There is just so much going on that we cannot see or even know about, especially trapped in her with such limited information. Your books have left me with questions that others haven’t been able to answer and I’m hoping you will be able to.