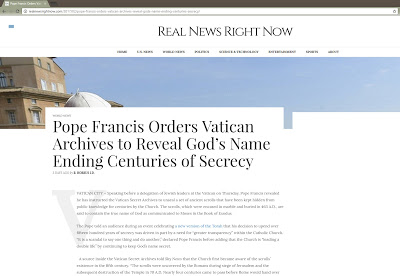 It would be nice if such news were
the truth. Not that I am having too much trouble determining what the proper
names of God are. The above story is a satirical piece placed to fool the
slumbering masses, and some Christians that do not check out their sources.
In the effort to provide meanings
for the names of all the historical figures in the Bible, I am finding that
with most cases, the best that people have been able to give us are their guesses.
We can list the guesses of the most renowned sources and very often not come
away with any agreement. The list of books to check that offer such meaning are
HAW Theological Wordbook of the Old
Testament, NOBSE
Study Bible Name List, Brown Driver Briggs Theological Lexicon,
and Jones’ Dictionary of Old Testament
Proper Names. On very many of the names in question the source is
silent. Others are bold enough to make guesses on the most untraceable names.
After spending a week
trying to piece together the meanings of names, I have decided to leave blank
all of those upon which the Scriptures remain silent. The book of Genesis is
filled with such lists. There are relatively few names whose meaning is given
in the text. An example would be Eve (Hava) whose name is given the following
testimony.
Genesis 3:20
Adam called his wife Hava [life
giver], because she was the mother of all living.
A good way to check out the
meanings of names is to look at the other words describing them and check for their
roots. This was easily enough done in this case. The word translated “living”
is a partial of the name Hava meaning “alive,” or “living thing.” There are a
large number of names that are given with no explanation or meaning. All names
meant something in the Old Testament, unlike names today. People today are
accustomed to naming their children whatever sounds good. There are still some
people who give their children names according to the meaning, but it is not like
it once was. When Hava experienced the murder of one son by another, she gave a
good deal of thought to what the next one would be named.
Genesis 4:25
Adam knew his wife again. She gave
birth to a son, and named him Sheth [appointed], “for Elohim has appointed me another child instead of
Hebel, for Kayin killed him.”
When names are given, or are known,
I have decided to list their meanings in the Bible. I could find a meaning for
every name, but they would not be right. The reason for creating this Bible is
to clarify the truth. Truth would not be helped by adding name meanings that
are wrong. Instead, I would leave it to the individual to seek out the meaning. 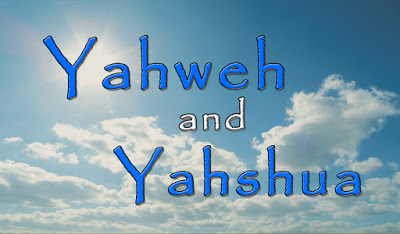 
Shaddai
meaning fertility
An
alternative view proposed by Albright is that the name is connected to shadayim
which means “pair of breasts” in Hebrew (from shad breast and ai-im,
an ending signifying a dual noun. It may thus be connected to the notion of
God’s fertility and blessings to humanity. In several instances it is connected
with fruitfulness: “May God Almighty [El Shaddai] bless you and make you
fruitful and increase your numbers…” (Gen. 28:3). “I am God Almighty
[El Shaddai]: be fruitful and increase in number” (Gen. 35:11). “By
the Almighty [Shaddai] who will bless you with blessings of heaven above,
blessings of the deep that lies beneath, blessings of the breasts and of the
womb” (birkhōt shādayim wārāħam)(Gen. 49:25).
[Source: https://en.wikipedia.org/wiki/El_Shaddai]

The last Scripture cited in the
passage above is Genesis 49:25. In it there seems a sure sign of the meaning of
El Shaddai.

Genesis 49:24-25
The
arms of his hands were made strong,
by
the hands of the Mighty of Jacob,
(from
there is the shepherd, the stone of Israel),
even
by the El [the Mighty] of your father, who will help you;
by
the Shaddai
[One Who Gives Blessings of the Breasts], who will bless you,
with
blessings of heaven above,
blessings
of the deep that lies below,
blessings
of the breasts, and of the womb.

The word “shad” means breasts. It
is plain from all of these passages that Shaddai has to do with fertility. It
is not a word that tells people that Yahweh is Almighty. Somewhere in time past
someone made this very bad guess, and all of the English Bibles have followed
suit. This is the reason for bringing out this Bible. It is the intent to give names
their right place, knowing that a person’s or beings name meant a great deal.