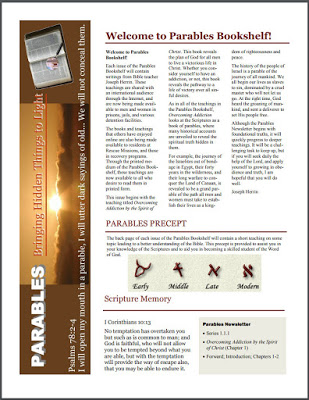 For those who are giving in the support of the ministry of newsletters to prisoners some definite changes are taking place. Please read this entry so that you don’t miss anything.

Most of my readers know that I experienced a stroke in May of last year. I am very blessed that I am able to continue with writing, for almost all of my ministry has been of the written kind. If you sit and talk with me you will realize immediately that I have a struggle with grasping hold of all of my words. The stroke affected the right side of my body which leads me to believe that it was the left side of my brain that the stroke was on. It seems that my brain’s wiring became severed, or blocked, but not extremely or overwhelmingly. Some words will elude my brain’s ability to capture them, but if I sit and think on it for a while, sometimes a good while, I usually can think of the word. If someone else says the word I can recognize it at once as the word I was searching for.

There are some other types of things that I have a hard time with. I can walk and use my right side of my body, but not well. I am going down to a little gym in town every morning to exercise. My best things to do are things that I can stand or sit on and use the handles to balance myself. The treadmill works good as long as I can hold on to its sides for support. I can drive myself down to the gym because things are just fine when I am sitting down.

Yet not all things are so good. I have had a lot of problems with the newsletters lately. They have been especially hard since I was never good at building a database before I had a stroke. It would be nice if a stroke gave you something you couldn’t formerly do, but that is not the way they work. Now trying to figure out the database is exceptionally difficult, even impossible. My newsletters are unlike most of them out there. My newsletters consist of my 21 books and a lot of shorter writings. You can request to get four books out of order, but other than that they come in basically the order they were written. Because of this nearly all of the men are receiving different newsletters. To get them to this place takes quite a bit of programming, and I have learned that Microsoft’s products (Publisher, Excel, Access) are not age compatible with one another. Because of this I cannot get them working right and I am not the person to sort this problem out.

For this reason I am very happy that Yahweh brought George Young into my life. George moved into the area about one month prior to my stroke. He had read some of my writings and they were used of Yahweh to greatly minister truth to him. He has been asking Yahweh why He brought him here and the answer he has gotten was that he is to help me. That is quite a bit like our Father. Before we have a need He sends an answer. One month before I had a stroke He sent George to help me.

As you know, George has helped me to redesign my main site (www.Heart4God.ws). He has then asked me what is next. We both felt that the newsletters were next. Let me tell you a little bit about this calling. 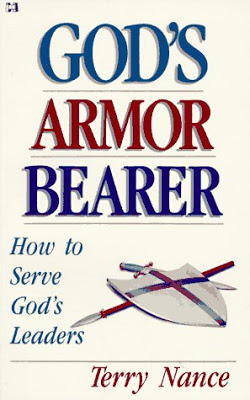 Years ago, before I was called into service myself, Yahweh led me to a book that was preparatory for serving as a minister. It was called God’s Armor Bearer. It was a fairly simple book, but it had some truth in it. It took the example of the Old Testament armor bearer and brought it forward into the New Testament age. It showed how the role of an armor bearer was essential for all who would be ministers of God. You had to show yourself strong in the role of an armor bearer before you could be considered to be a minister in your own rite. There are obvious exceptions to this role, but Yahweh impressed it upon me with a Timothy to Paul emphasis.

Acts 18:1-5
After these things Paul departed from Athens, and came to Corinth. He found a certain Jew named Aquila, a man of Pontus by race, who had recently come from Italy, with his wife Priscilla, because Claudius had commanded all the Jews to depart from Rome. He came to them, and because he practiced the same trade, he lived with them and worked, for by trade they were tent makers. He reasoned in the synagogue every Sabbath, and persuaded Jews and Greeks. But when Silas and Timothy came down from Macedonia, Paul was compelled by the Spirit, testifying to the Jews that Yahshua was the Christ.

Here is an example of Timothy in the role of an armor bearer. He did whatever he could to free up Paul to preach Yahshua Christ all the more. I feel that George, being a new believer, is called to exercise himself as an armor bearer. He says he feels the call to be a minister. Yet the only thing Yahweh is directing him to do is to help me. In the same way I was called to help some other ministers in my early days. It matters not whether the ministers are totally correct in what they teach. We are prepared for ministry as we do a very good job in serving others and helping out ministers.

For all of you that would like to help George in this ministry, he is going to keep using the same Post Office Box that has been used. I will include it at the end. George is also going to receive donations from his own PayPal site. He has his own web page and has his PayPal listed there. I encourage all of you to check out George’s website and get the information that is listed there.

George is going to get the program up and running quickly with the $2,200 printer that I have given him. He is already looking into an optimum way to print that goes beyond the printer. The number of newsletters has already reached the maximum number that can be printed on the ColorQube printer, but it could still work for a little while.

I know that George would like to have contact with someone that has good Access and Visual Basic skills. He may settle on other programs as the newsletter grows some more and call for more help, or if you know of a good program now that he can use, please let him know.

If each person who contributes to this gives themselves to prayer first there is no telling how far it could go. The newsletters have truth recorded in them. They begin with Overcoming Addiction By the Spirit of Christ which sets forth the gospel in a nuts and bolts way, to Lunacy and the Age of Deception which is provided that all men might know that the very boldest things ascribed to man never took place. The whole world lies in the power of the evil one. Please give yourselves to prayer about this and seek Yahweh that you might be considered to be one who might help this to go forward.