From the very beginning of my current trip, the Lord has been setting signs before me. He is using these signs to encourage and enlighten me. I mentioned in a previous blog that before I had even left Macon the Spirit brought my attention to the following sign. 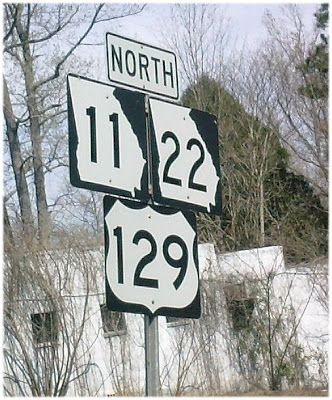 The numbers here are all very profound and were all very much related to this trip. If you missed my comments on this sign, you can read about it in the post titled Zion’s Road.

The Lord has been speaking to me through a wealth of signs on this trip. I am not referring to road signs, but rather physical objects and events that serve as parables for a spiritual message. At times God does speak through a literal “sign” such as that pictured above. In doing so He is able to bring our attention to discern the double nature of that which we are viewing. He is able to lead us to discern a spiritual message through a natural object or event.

I want to share some further signs I have observed on this trip. I have written in previous posts that the Spirit of Christ is testifying that America will be divided soon. There will be great civil unrest, and federal troops will be used against the citizens of the nation even as they were in the days of Lincoln’s presidency. Many comparisons have been made by the media, and the supporters of Barack Obama, between Lincoln and the current president. To emphasize this relationship, Barack Obama even requested to take his oath of office with his hand upon the same Bible that Lincoln used for his swearing in.

During Lincoln’s presidency there was much bloodshed as brother took up arms against brother. We have certainly seen an escalation of bloodshed of this type in recent days. Many massacres of the cruelest and most evil nature have been occurring with appalling frequency. One man slaughtered the residents and staff at a nursing home in Carthage, North Carolina. Another man shot down the immigrants and staff at a civic center in Binghamton, NY. This man was himself an immigrant, and his actions represent brother slaughtering brother. The violence of Cain is being poured out in the land.

Historians describing America’s Civil War often described what occurred in terms of a house divided and members of one’s own family being enemies. They have frequently used the expression that brother fought against brother, and Yahweh has been drawing my attention to this to bring forth some insich concerning the hour we live in. 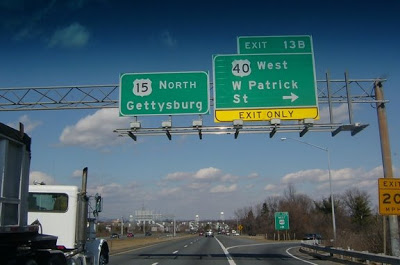 Mark 13:19-20
“For those days will be a time of tribulation such as has not occurred since the beginning of the creation which God created, until now, and never shall. And unless the Lord had shortened those days, no life would have been saved; but for the sake of the elect whom He chose, He shortened the days.”

We have a president now in office who has been compared often to Lincoln, and the events of Lincoln’s presidency will be repeated, but they will be worse this time. We are daily seeing evidence that the restraining hand of God is being withdrawn, and men and women are acting in a very beastly manner. People are walking into nursing homes and churches and shooting people they do not even know; people who have done them no harm. When widespread civil unrest comes upon this nation due to the collapse of the economy, terrorist events, and other occurrences that will inflame the masses, the darkness in the heart of Cain will be observed in the hearts of multitudes across the land.

I have found it strange that I have been following a trail of these events upon leaving Long Island, even as I followed a trail of Civil War battlefields on my way up there. I drove through Binghamton today on my way from Schenectady, New York to Fort Wayne, Indiana. I heard about the policemen being killed in Pittsburgh even as I was driving through Western Pennsylvania.

The Spirit is testifying that America will be divided in coming days. Brother will rise against brother. Yet the Spirit is also testifying that the church will also be divided, and a remnant of believers who are willing to take up the cross and follow Christ will find that their enemies are the members of their own households.

Matthew 24:9-12
“Then they will deliver you to tribulation, and will kill you, and you will be hated by all nations on account of My name. And at that time many will fall away and will deliver up one another and hate one another. And many false prophets will arise, and will mislead many. And because lawlessness is increased, most people’s love will grow cold.”

We are seeing an increase of this lawless spirit that results in an absence of all natural love. When I was in New York the news reported the story of a young man who began murdering his family and even decapitated his five year old sister in front of a shocked policeman who had entered the house. There have been multiple stories of men murdering their entire families after losing their job. Stories of mothers murdering their children, manifesting an absence of natural love, are being reported with increasing frequency. What was once very uncommon is now becoming commonplace.

At the Schenectady meeting held yesterday, I spoke to those gathered about the separation that God would bring about among His people in the days we are entering into. When the economy of the nation is collapsing and people are facing homelessness, and famine, and are confronted with widespread civil unrest, the government will present themselves as the answer. The government will offer to feed and shelter the people of the nation.

I shared with those gathered that America will not be as it is now. The government will merely be offering the bare necessities needed for subsistence living. The fatness of the land will be stripped away. The land will appear as if it has been stripped by locusts. The prosperity and abundance will be gone. Grocery store shelves that were once full and running over will be bare.

The people of God will be brought to the point of decision. They will either heed the voice of the Spirit and cast their entire lives and welfare into the hands of God, or they will embrace the beast system of this world, looking to world governments to sustain them.

When people are driven by fear, all natural love will be displaced. Christian family members who are afraid of placing their lives totally in the hands of God; Christians who love their natural lives, will turn against the remnant who are willing to trust the Lord and who refuse to embrace the beast system of this world. Great anger will be manifested, even murderous anger as that observed among the Israelites who spoke of stoning Joshua and Caleb because they were exhorting the people to trust God and face giants and armies that caused the majority of people to tremble in terror.

As difficult as it is to consider such division taking place among the people of God and the citizens of the nation, it is absolutely necessary. God must have a purified people who are made ready for the return of His Son. The church has halted between two opinions for far too long. He will send forth the spirit of Elijah to bring them to choose.

I Kings 18:21
And Elijah came to all the people, and said,”How long will you falter between two opinions? If Yahweh is God, follow Him…”

Yahweh will perform a work of dividing between the holy and the profane, the just and the unjust, the righteous and the wicked. The signs are being given. A man’s enemies will be the members of his own household.

Part Two of Road Signs will be continued tomorrow.