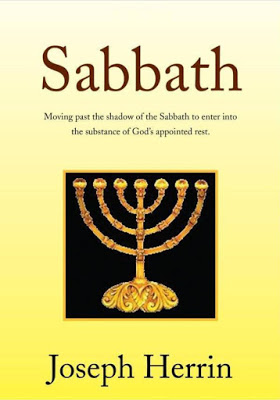 Yahshua, the Tree of Life

There is a tree that grows in barren and wilderness places. It is found in the western United States and it bears the name “The Joshua Tree.” Knowing that Joshua is the anglicization of the Hebrew name Yahshua, it should be no surprise to learn that this tree fits the physical description of the Messiah.

Isaiah 53:2
For He grew up before Him like a tender shoot, and like a root out of parched ground; He has no stately form or majesty that we should look upon Him, nor appearance that we should be attracted to Him.

This tree does indeed grow out of parched ground and it has no stately form or majesty. As far as trees go, there is little to attract a person’s attention or to think that there is anything particularly noteworthy about this tree. I would not be surprised to find that the Tree of Life in the Garden of Eden was similar in form. Quite often the Father clothes those things that are highly prized by Him in forms that have little appeal to the natural man.

Yahshua declared that He was Lord of the Sabbath (Matthew 12:8, Luke 6:5), and we are told that He had no stately form or majesty that men should look upon Him, nor appearance that men should be attracted to Him. Similarly, there is little in the message of the Sabbath rest of God that appeals to the natural man. The message of Sabbath rest leads men to cease from their own works. It leads men to consider that their own efforts are without any value before God. The message of Sabbath brings one to abasement and humility.

Such things do not stir the flesh. Instead the flesh wars against these things. The flesh of man devises many paths and activities to pursue, but only true rest will bear fruit for eternity.

The church of this day has largely rejected the message of Sabbath, and indeed it is unknown to many believers. What attracts the saints are bold and vibrant ministries that have stately form and majesty. The saints are attracted to those churches that have built impressive edifices with tall steeples, stained glass, and banners proudly flying. The church seeks to make itself attractive to the world so that the world will be lured into its embrace. This is not the way of the Spirit, however.

Yahshua was a rock of offense and a stone of stumbling (Romans 9:33, I Peter 2:8). The rich and the powerful, the worldly and successful, largely rejected Yahshua. They wanted a strong and powerful leader who had great majesty and who was impressive in stature. They were greatly disappointed by this man who preached death to self, and obedience to the voice of God.

The church has tried to remold itself so those who despised and rejected Yahshua will find themselves attracted and comfortable with them. Many worldly people have entered into the church, and because the more difficult teachings of Messiah have been avoided, they have remained worldly, and their presence has encouraged others to be worldly.

The church today does many things that outwardly appear good, and even godly, but many of these things are born out of the tree of the knowledge of good and evil. In eating of this fruit they appear “like God,” and many saints have been fooled by this godlikeness. If one has eyes to see, however, they will realize that the godlikeness is merely a facade. Underneath, much of the works and activity of the church is birthed from the will of man.

In Western society such characteristics as ambition, initiative, and independence are viewed as strong and desirable virtues. Humility, patience, meekness and dependence upon another are considered to be weak qualities. The church has adopted this mindset as well. The church desires to be attractive, majestic, and to have great stature in the world. These were not qualities of Yahshua, nor are they qualities that are the need of the church in this hour. The church needs to adorn itself with humility (I Peter 5:5), to become lowly in its own eyes where it will no longer presume to guide and direct itself. Only through abasing itself before Yahweh will the church enter into the Sabbath rest to which it has been called.

As we are poised to enter the seventh day of man, this is the call of the hour. Will you cease from doing as your soul desires? Will you seek to know the mind of Yahweh and do His whole will?

Hebrews 4:1-11
Therefore, let us fear lest, while a promise remains of entering His rest, any one of you should seem to have come short of it… For He has thus said somewhere concerning the seventh day  “And God rested on the seventh day from all His works”; and again in this passage “They shall not enter My rest.” Since therefore it remains for some to enter it, and those who formerly had good news preached to them failed to enter because of disobedience, He again fixes a certain day, “Today,” saying through David after so long a time just as has been said before, “Today if you hear His voice, do not harden your hearts…” There remains therefore a Sabbath rest for the people of God. For the one who has entered His rest has himself also rested from his works, as God did from His. Let us therefore be diligent to enter that rest, lest anyone fall through following the same example of disobedience.

Yes, there remains a Sabbath rest for the people of God. Not all will enter in. We are exhorted to be diligent to enter that rest. To fail to do so is to fail to accomplish the Father’s will for us.

Will you be content with less than the will of God for your life? Don’t make the mistake of many in the church and think that the Sabbath is merely one day out of seven in which man is prohibited from performing physical labor. Sabbath is the heart of the Father’s desire for mankind. Sabbath is a state of rest where man returns to union with the Father; where man finds his purpose and reason for living in the revealed will of Yahweh God. Sabbath is a place where man ceases from his own work and activity, from his own thoughts and plans.

Sabbath is the inheritance, the promised land set before the saints of God. Let us be diligent to enter into our inheritance. May Yahweh have a people that live to accomplish all His will.

This is an excerpt from the book Sabbath.