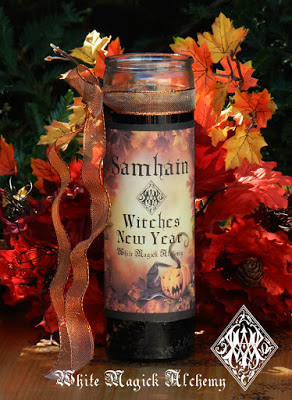 Do you recognize the witches calendar? It is not so different from the Gregorian Calendar in its worship of pagan holy days. The calendar we use now, called the Gregorian Calendar, was introduced by Pope Gregory XIII. It was introduced in October 1582. The months are rather mixed up. For example, the month names of September through December are numbered. September means “seventh,” October means “eighth,” November means “ninth,” and December means “tenth.” We know that the months are off by two, however. September is the ninth month instead of the seventh, and this goes up to December which is the twelfth month instead of the tenth. The dates were correct until 153 BC when the year was changed from ten months to twelve months and January (Month of Janus, Roman god of gates and doorways) and February (Month of Februa, Roman festival of purification) were added.

Some Christians see the witches calendar as evil, not realizing that there own calendar has evil origins. So much of English society is related to the Romans and their decadence. The dates are named after the gods and goddesses of Rome. Besides the ones named, there are the following months and days.

You can look at this to see how the names came into modern English. Latin was the language of Rome. Saxon was the name of part of the group known as Anglo-Saxons. They were originally a Germanic group of people. They migrated to England around the fifth century and the name of the country and language itself is from the Anglos (English).

I have mentioned earlier in another blog that Yahweh’s method for keeping up with the names of the dates and months was simply to number them. All the months were one moon long. They were originally called “the first month, the second month, etc..” Only after the people of Israel became familiar with Canaan and Babylon did they start using the foreign names which were equally corrupted. The common Hebrew names for the months today are:

You will note one of the months is the same as is mentioned in the following verse.

Ezekiel 8:14
Then He brought me to the entrance of the gate of Yahweh’s house which was toward the north; and behold, women were sitting there weeping for Tammuz.

You can be sure that Yahweh did not want them to adopt names for the months when they were named after false gods. I share these things so you will be apprised that not all things in the Bible are correct and not be too upset by the use of the witches calendar. It is merely more of the same. 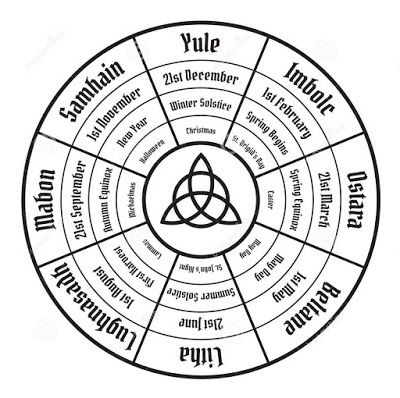 The name of the Sabbat I would like to draw your attention to is Samhain. Note at the very innermost wedge to the circle is the name Halloween. Samhain (pronounced saah-win) is what we typically call Halloween. You will see two different dates for this holiday, October 31st and November 1st. The reason for this is that the witches begin their day at evening. This is the witches New Year. It is a time when the veil between the land of the living and the dead is supposed to be its thinnest. It is to them one of the four greatest Sabbats of the year.

There are two main types of witches, the white and the black. White witchcraft is supposed to focus on healing and love and other types of things that people think of positively. However, there is a great deal of debased behavior that they are encouraged to participate in, and they do so willingly. The behavior is among other things highly sexual in nature. These witches typically deny that there is anyone named Lucifer, or Satan, and they believe it is so.

The other type of witchcraft is black and openly acknowledges Satan. They are into blood sacrifices, both animal and people. You hear rumors of this dark type of witchcraft, but it is much more than rumors. Many people have perished due to the evil this form of wickedness has thrust upon society. Some of these members are now in jail and even the guards are afraid to serve them. Many of them are demon possessed.

Both groups have high holy days, and they share these dates with followers of Kabbalah. Some know much about Kabbalah, and some know little at all, but both witchcraft and Kabbalah come from the same source which is Satan. They intertwine themselves at many levels.

On this Halloween a terrorist attack was said to be carried out in New York City. Again, nearly all of the facts of this case are fake. The attacker was shot by a police officer and then just lay very placidly on the ground until he was taken away. Then we are told that he was loudly delighting about the number of people he had killed and injured. We are told this was so. There is no video of it. We are told though, that he refused to testify about killing or injuring people.

A driver plowed a pickup truck down a crowded bike path along the Hudson River in Manhattan on Tuesday, killing eight people and injuring 11 before being shot by a police officer in what officials are calling the deadliest terrorist attack on New York City since Sept. 11, 2001.


The rampage ended when the motorist — whom the police identified as Sayfullo Saipov, 29 — smashed into a school bus, jumped out of his truck and ran up and down the highway waving a pellet gun and paintball gun and shouting “Allahu  akbar,” Arabic for “God is great,” before he was shot in the abdomen by the officer. He remained in critical condition on Tuesday evening.


Mayor Bill de Blasio declared the rampage a terrorist attack and federal law enforcement authorities were leading the investigation. Investigators discovered handwritten notes in Arabic near the truck that indicated allegiance to the Islamic State, two law enforcement officials said. But investigators had not uncovered evidence of any direct or enabling ties between Mr. Saipov and ISIS and were treating the episode as a case of an “inspired” attacker, two counterterrorism officials said.
[End Excerpt]

Just like the shooting in Las Vegas the FBI took over the investigation. There was no reason for them to do so. Like all of the mainstream shootings that have been declared acts of terrorism, this too has been hidden away from the people by giving it into the hands of the FBI. A ton of information has been available from the start and it is reported consistently by all mainstream news outlets. How the news outlets get so much detail quickly is an amazement. Of course, we know that they are all owned by six major corporations, and the corporations have people that serve on each others boards. Look at the excerpt from the report above. Notice how many citations are not named.

Who said the terrorist attack was the deadliest in New York City since 9/11?
Which police identified him?
Who heard him shouting “Allahu Akbar”?
Which two law enforcement officials said he had notes written indicating allegiance to ISIS?

Read any of the lengthy articles on this supposed terrorist event and you will find numerous unnamed sources. Such is the way of deceivers. I have noted a lack of credible witnesses in news stories for years.

Lets look at the news stories for some other information that is pertinent to Samhain/Halloween. 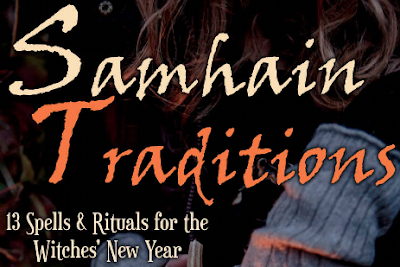 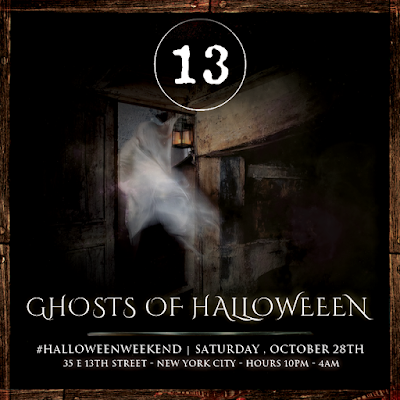 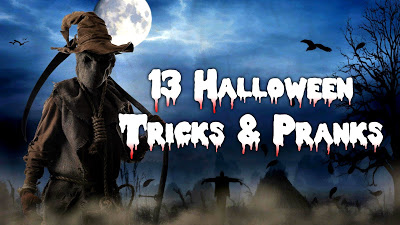 The number 13 signifies rebellion in the Bible. It is also closely associated with Samhain and Halloween. 13 is the number of bad luck. It is the number of colonies in the United States which are symbolized by the 13 stripes on the flag, the 13 layers of bricks on the pyramid on the Great Seal found on the one dollar bill, the thirteen arrows in the eagles talons, etc.. Since it is the same as October 31 backwards, and the same cabal is behind the terrorist attacks and they honor Samhain, it is not unlikely that we would find it prominently in the name of the man they have charged with the terrorist attack. They said his name is Sayfullo Saipov.

On some of the articles the man’s middle name is listed.

Do the math. It is simple. Add the numbers together that spell the name and you get the number on the row below. In both cases the numbers add up to 13.

Let me ask you, “Does the President celebrate Halloween?” We know that he does. 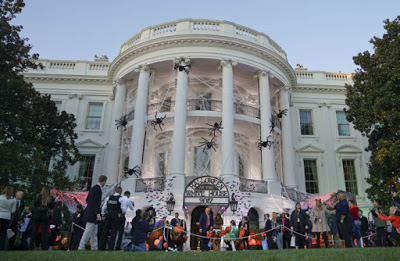 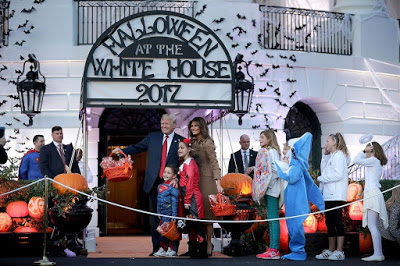 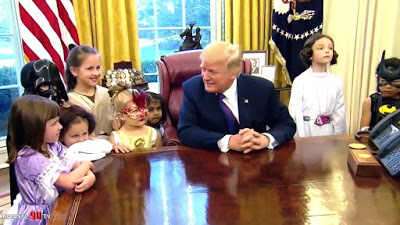 We cannot call this a Christian nation. The little girl standing above with the symbol of the arrows held in the claws of the eagle gives proof to that. There are thirteen arrows there. Thirteen is rebellion. Where exactly is this White House. 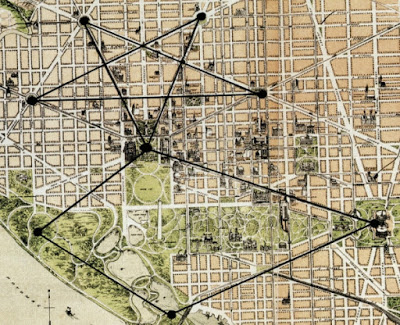 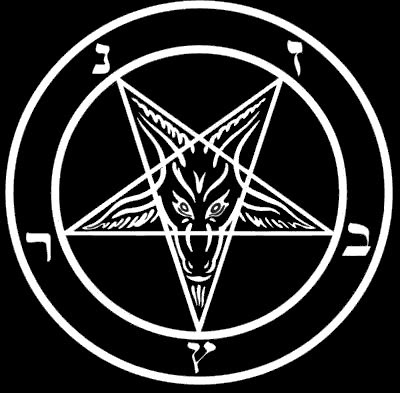 I have little doubt that Donald Trump realizes that Baphomet’s head is resting upon the White House. The figure below the Pentagram is the Kabbalistic Tree of Life. 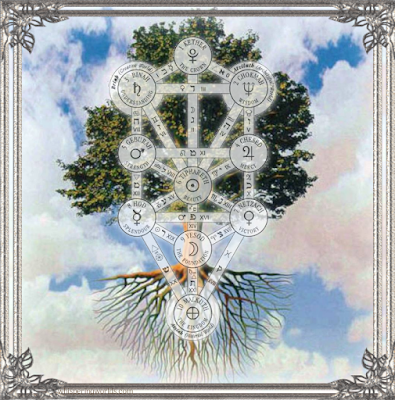 The entire street plan was designed by high level Freemasons. Should we doubt that the high levels of government are occupied by Satan’s chief puppets. They do nothing to stop the things of Satan. Rather, they delight in them.

People, keep your eyes open. The days are evil. Our redeemer draws near.