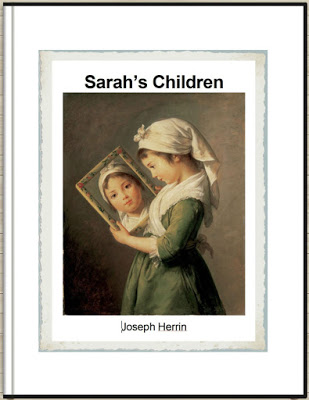 Sarah’s Children was written in 2002. It was penned specifically for women, though it holds great value for men as well. The name Sarah’s Children is taken from I Peter 3.

I Peter 3:5-6
For in this way in former times the holy women also, who hoped in God, used to adorn themselves, being submissive to their own husbands; just as Sarah obeyed Abraham, calling him lord, and you have become her children if you do what is right without being frightened by any fear.

The name Sarah’s Children is a great honor to have bestowed on a woman. Very few women are worthy to be called daughters of Sarah today. A foreign mindset has been sold to women today, a mindset that has no origin in Yahweh’s kingdom. It has been birthed and championed by Satan. This mindset is deceptively called “Feminism.”

What is feminism? The Internet defines it in the following manner.

Feminism is a range of political movements, ideologies, and social movements that share a common goal: to define, establish, and achieve political, economic, personal, and social equality of [the] sexes.
[Wikipedia]

To define, establish, and achieve… equality of the sexes.

“Woman was created for the man’s sake” I Corinthians 11:7-9. It is difficult for the woman to get a glimpse of this if she is striving to be equal to man. In fact, she won’t get a glimpse of her true calling unless she sits down and thinks about it. She must read the Bible or she will be overcome by the feminist spirit that is so rampant in this day. She must read the Bible with the Holy Spirit giving her the understanding, for there are many who get a feminist ideology from the Bible.

If you are a woman who desires to receive a “well done” from the Lord, I encourage you to read this book. It is a very different book from all of the feminist literature that surrounds you today. Keep your Bible opened as you read. Check out all of the scriptures. Let God speak profoundly to your spirit. It just may be that you will be one of the daughters of Sarah on that day when you stand before Him. It is my prayer that you would be.