Shut the Door – Keep Out the Devil

There is a song whose words have been running through my mind in recent days as I have returned to working on the bus. The song contains the words that make up the title of this post.

It seemed fitting in returning to work on the bus to begin by replacing the door at the front. The bus was equipped with the old fashioned split, swinging door that is typical on school buses of that time. 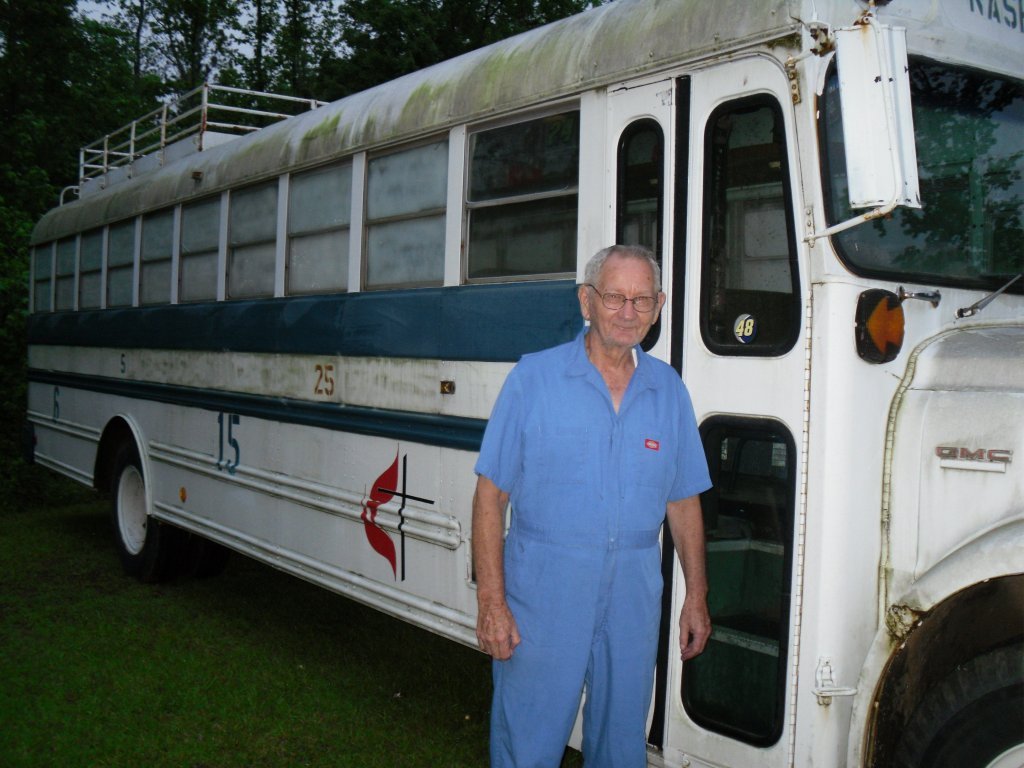 That is Randy Simmon’s grandfather, Mr. Stanfield, standing by the bus. It is parked on his property while I work on it. He has very good carpenter skills, and has already been much help working on the bus as he helped me frame in the door.

Below is a picture of the mechanism that operated the old door. 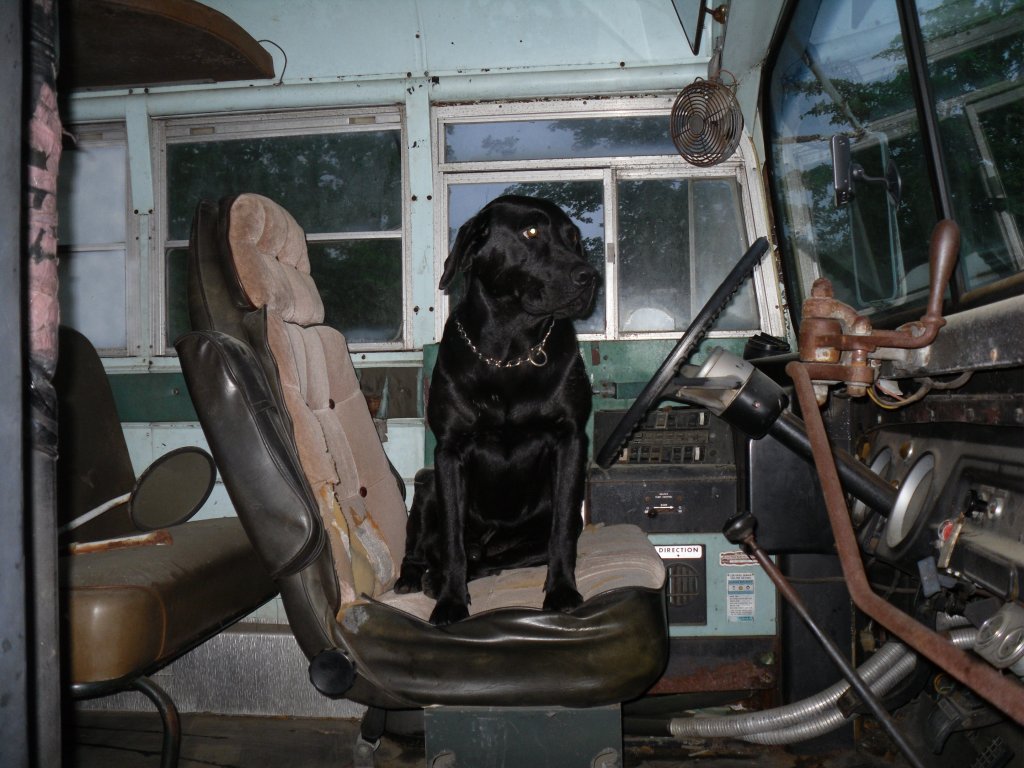 Luke is Randy’s dog. He loves to ride, and will get in the driver’s seat if he has a chance. Perhaps this is a prophetic testimony, for the Beast nature has been driving the church for a long time.

This type of door could not be secured from the outside. To really get it to latch firmly, the lever inside had to be moved all the way over toward the driver’s seat. This resulted in the door always being slightly ajar, and I suspect this is how the serpent entered the bus. If you missed the post, I found a snake skin inside the bus recently, and another underneath it. 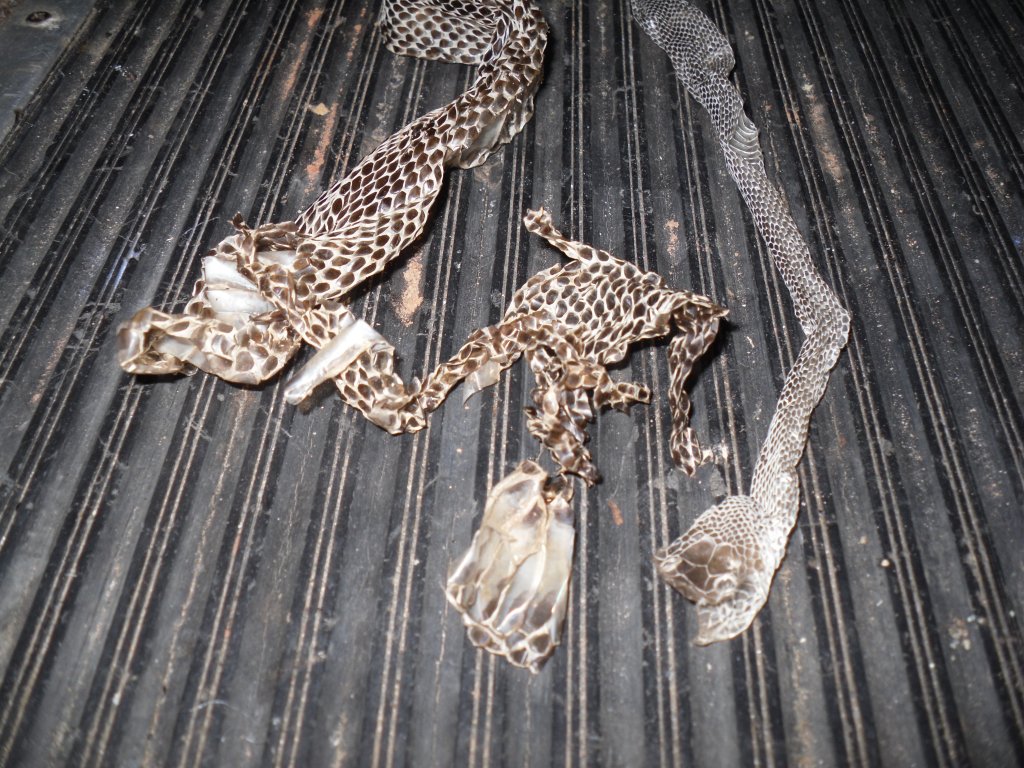 The bus is symbolic of the body of Christ, which we call the church. The bus was manufactured by Carpenter Body Company. In looking up the history of this company I found that it was established in 1919, selling its first buses in 1923. It was closed by its parent company Spartan Motors in 2001. An interesting fact is that the company’s main manufacturing plant in Mitchell, Indiana was destroyed by a fire in 1956. It was rebuilt in 89 days with the help of employees, many of whom worked without pay until the company could later compensate them. This strikes me as a parable.

The church also must be cleansed by fire. Those who labor to build her up will not receive their compensation in this age, but in the ages to come.

In 1991, Carpenter purchased the tooling and product rights of Crown Coach. In doing so it gained the right to use the Crown name.

Note that this right was acquired in 1991. Psalm 91 speaks of the righteous passing through many trials, while being protected by Yahweh. It is as we submit to the fiery trials of the cross that we are prepared to rule and reign with Christ.

Revelation 2:10
“Do not fear what you are about to suffer. Behold, the devil is about to cast some of you into prison, that you may be tested, and you will have tribulation ten days. Be faithful until death, and I will give you the crown of life.”

It strikes me as significant that the Carpenter Body Company was founded in 1919. E.W. Bullinger speaks of the significance of the number 19.

It is a combination of 10 and 9, and would denote the perfection of Divine order connected with judgment.

This seems especially applicable at this hour when the Spirit is indicating that judgment is to befall the nations. The apostles testified the following regarding judgment.

I Peter 4:17-19
For it is time for judgment to begin with the household of God; and if it begins with us first, what will be the outcome for those who do not obey the gospel of God? And if it is with difficulty that the righteous is saved , what will become of the godless man and the sinner? Therefore, let those also who suffer according to the will of God entrust their souls to a faithful Creator in doing what is right.

The Father has been speaking of this bus, and other people’s motorhomes and travel trailers, with the imagery of an ark. The ark was a vessel prepared for a time of judgment. The Spirit expressly testifies that judgment is near at hand, even at the door.

I find it significant that in working on this bus that the first thing I had to do was strip it of all that was in it. In the Old Testament we read of the Temple of Yahweh having fallen into decay and disrepair. When a restoration was undertaken, the Priests were commanded to begin by removing everything that was unclean and abominable. As I stripped the inside of the bus I was able to discover the snake skin that revealed the presence of a serpent that had been dwelling there.

It seemed appropriate to me to focus at this time on replacing the door, through which the serpent had most likely entered. Following are a series of pictures denoting progress on installing the door. 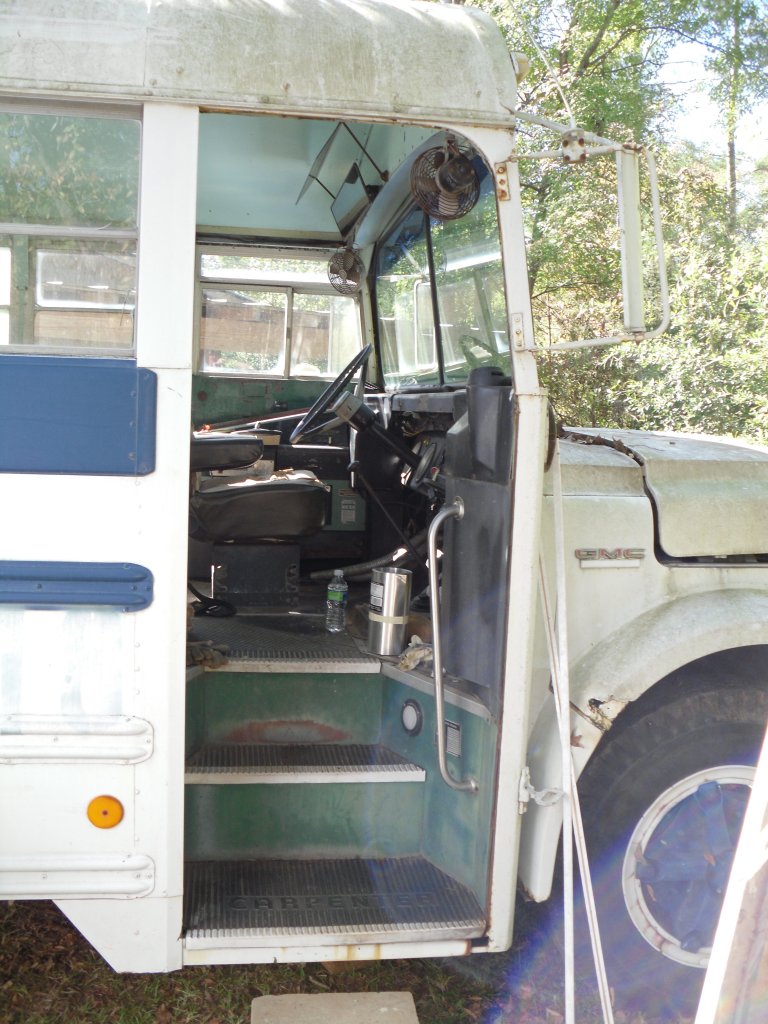 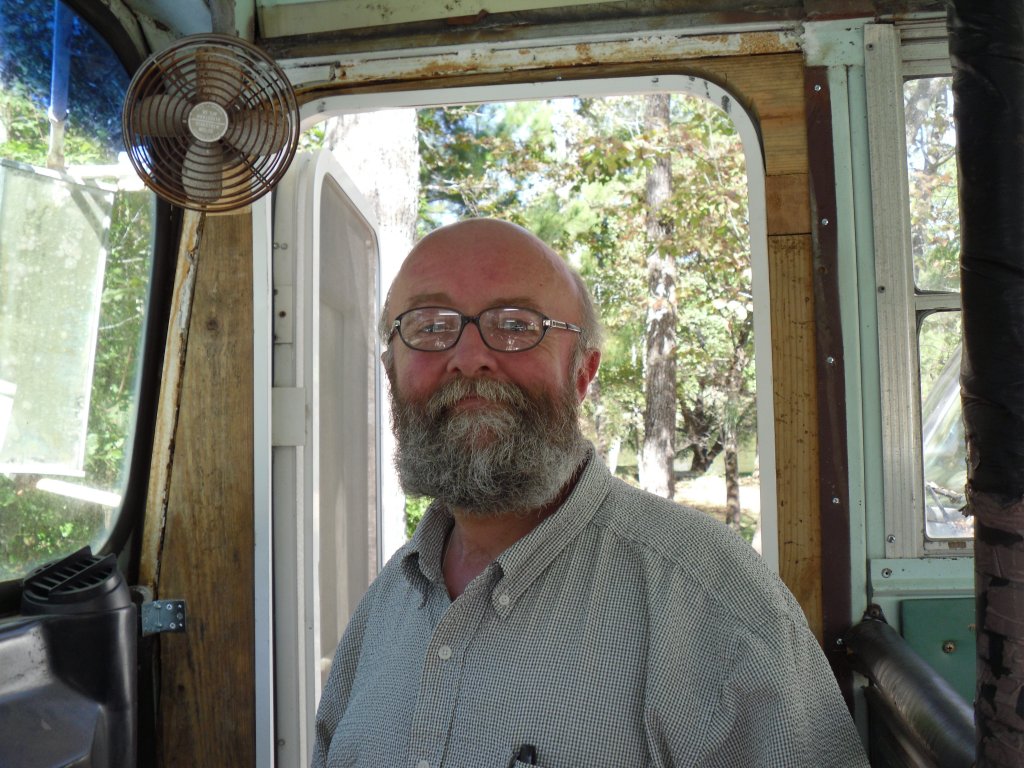 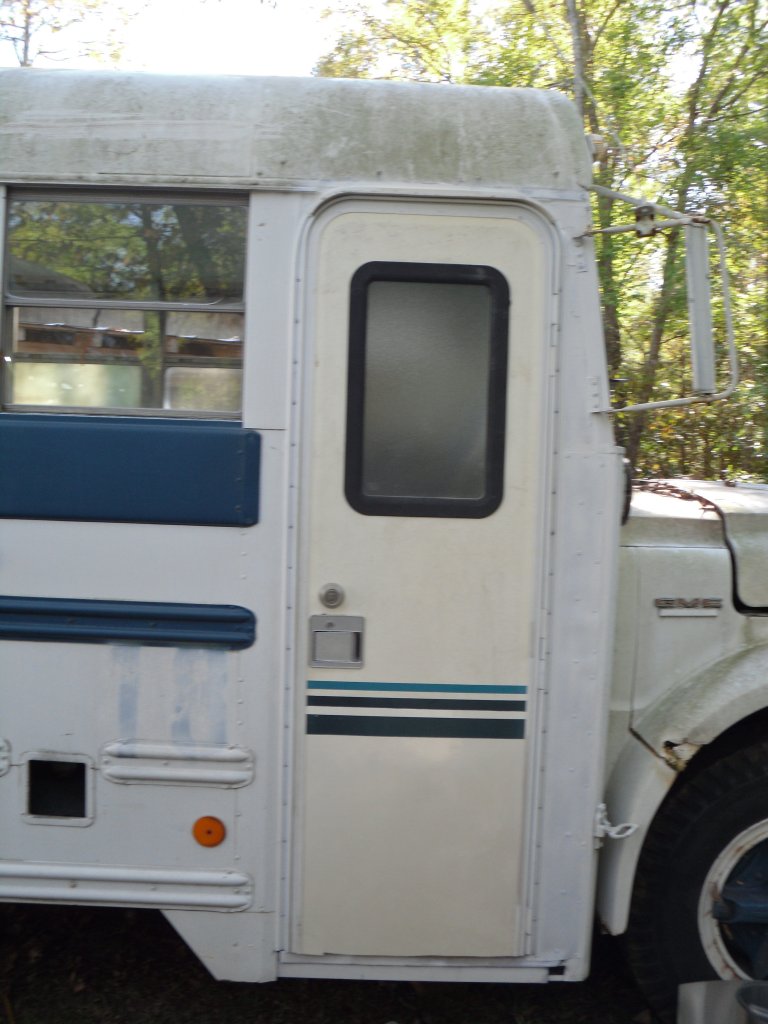