Note: This post is 11 years old, and this gives it more significance for this hour. 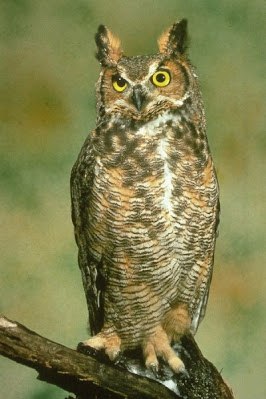 After sharing the recent writing titled “Locusts in the Land” with Randy Simmons, who is traveling with me across the nation, Randy was prompted to tell me about an experience he had just a few days earlier while we were in Sheridan, Wyoming. Randy and I had gone to a local business to have the oil changed in our vans, and Randy requested some additional service to his van’s transmission.

The business was bustling, and we both placed our vehicles in different lines to be queued up for service. My van was completed first, and I left to do other things. The business then completed Randy’s oil change and moved his van out front, but they had neglected to replace the screen on the transmission as Randy had requested. They had to drive the van around and put it back at the end of the queue again, necessitating that Randy wait longer. Yahweh had a purpose in this, however.

Randy took a seat out front of the business to wait, and a woman came outside and asked if she could sit on the bench with him. She began to engage in conversation, and Randy noted by her accent that she was Native American Indian and asked her about this. She was surprised that he had detected her accent, though she was very much aware of his Georgia accent and asked him about it. This led to further conversation regarding what we were doing in Wyoming, and Randy began to tell her about the ministry and the things I am teaching.

When Randy spoke of judgment coming swiftly to America, the woman’s manner became very serious, and she seemed disturbed and changed the subject. Right across the street from where they were sitting was a Perkin’s Family Restaurant, and she suggested that it would be a good place for Randy and I to eat. She said she had eaten there just the night before, and related a curious experience. She said that a great horned owl had come and alighted atop the flagpole in front of the restaurant. She described how the owl perched upon the copper ball at the top, though he was struggling to maintain a grip on the smooth metal. She could actually hear his claws sliding on the metal, but he did not fly off, choosing to remain perched there.

Randy understood that owls hold significance in the minds of many cultures as the subject had come up among his family the previous year in a very significant way that he is not likely to forget. He therefore asked this Native American woman if the owl did not hold significance to her as an Indian. She said, “Oh yes. Owls signify very bad things, even death.” Randy then reminded the woman of what he had just shared with her, and pointed out the significance of the owl sitting atop a flagpole where the American flag was flying.

This made a deep impression on the woman. She became very serious again, and then finished her cigarette and went inside.

After Randy shared this event with me, knowing that the Father had delayed his time at this business to have this conversation, I looked up the owl online and obtained the following information.

Significance of the Owl

Among the Kikuyu of Kenya it was believed that owls were harbingers of death. If one saw an owl or heard its hoot, someone was going to die. In general, owls are viewed as harbingers of bad luck, ill health, or death. The belief is widespread even today.

In the culture of the Uto-Aztec tribe, the Hopi, taboos surround owls, which are associated with sorcery and other evils. The Aztecs and Maya, along with other Natives of Mesoamerica, considered the owl a symbol of death and destruction. In fact, the Aztec god of death, Mictlantecuhtli, was often depicted with owls. There is an old saying in Mexico that is still in use: Cuando el tecolote canta, el indio muere (“When the owl cries/sings, the Indian dies”). The Popol Vuh, a Mayan religious text, describes owls as messengers of Xibalba (the Mayan “Place of Fright”). The belief that owls are messengers and harbingers of the dark powers is also found among the Hočągara (Winnebago) of Wisconsin.
[Source: http://en.wikipedia.org/wiki/Owl]

For those who may object that such things equate to superstition, I would counter that the Father uses many methods to speak to His creation. Yahweh is a great communicator, using a variety of methods to speak, including dreams, visions, prophecies, signs in the heavens and on the earth, and a myriad of natural parables. Those who will only hear His voice in the pages of Scripture will truly miss a great deal of that which He is speaking. Following is a scripture relating to the owl.

Randy and I are both persuaded that this encounter contained a message from the Father. The destruction of America as a nation is near at hand. The Spirit of Christ has been proclaiming this in a myriad of ways, including that which I recently posted concerning the locusts.

Since Randy and I have been in Kadoka, South Dakota, the locusts have only increased. I had never seen as many grasshoppers as we observed in Wyoming, but the numbers we have seen here in Kadoka far surpass even that recent experience. Walking through the grass the locusts fly off in every direction by the dozens.

I have also learned some further things about Kadoka that add to the message the Spirit is declaring. I have previously related that Kadoka bears the nickname “Gateway to the Badlands.” The Badlands are a particularly hostile section of land that has at times been compared to a barren moonscape, and movies have been filmed here which were to give the impression of being on some foreboding and alien planet such as Mars. 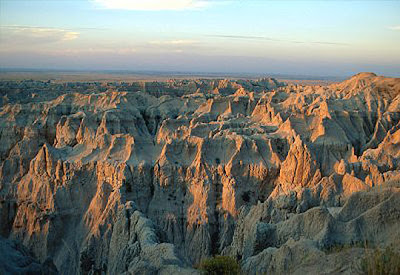 Yesterday evening, our hosts, Kenton and Angela, drove Randy and I through the Badlands. It was a very stark landscape. While there, Angela told me that the city Kadoka lies in (Jackson County) is the poorest county in the United States. I do not doubt that the Father has a message in all of these things for His people.

Kadoka is a Lakota Indian word meaning “Hole in the wall.” Although the Indians did not intend this to mean the same thing that this expression has come to mean to Americans today, there is much significance to it. A “hole in the wall” is a small, insignificant place, of very humble appearance. The days ahead will find the people of God being led through “bad lands” that appear very alien and hostile to them. The experience of Americans will decline precipitously as if a plague of locusts had descended upon the nation and devoured her prosperity. What will be left will be exceedingly humble, yet it will be the perfect environment for Yahweh to raise up sons in His image.

Yahweh has often led His chosen ones through barren, alien environments to produce vessels of honor. He led Abram out of the prosperity and comforts of Ur of the Chaldees, and directed him to live a life of an alien in lands he did not know. Through these difficult experiences he became Abraham, the father of faith.

Joseph was sold as a slave into Egypt, and then was further humbled through false accusations and imprisonment that lasted for years. In all these things he remained faithful and the hour came when Yahweh made Joseph ruler over Egypt.
David spent years in wilderness places, in caves, and in foreign lands until he had been prepared to stand as shepherd of Yahweh’s people. Yahweh is determined in this hour to raise up a people who will be to the praise of His glory in the Earth. These must be prepared through many trials, through wilderness places, and by passing through places that the soul of man would describe as Badlands.

The Spirit of Christ is testifying that days of tribulation are at hand. The prosperity of America will be devoured suddenly, as if by a plague of locusts. The destruction of the nation is at hand. Badlands and wilderness experiences await the people of God. He will surely lead His people through all these things, and He will bring forth a remnant who have been purged, purified and refined as gold in the fire.

I do not believe the fall of America is far off. The Spirit is giving many witnesses of that which is at hand. Let the people of God ready themselves to stand in difficult days.

Acts 14:22
“Through many tribulations we must enter the kingdom of God.”