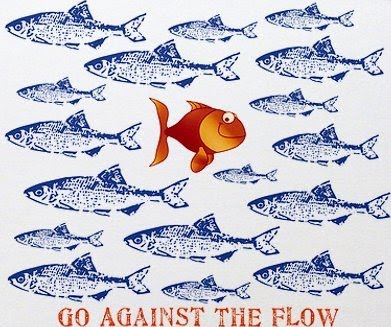 Perhaps you have considered that the practice of Syncretism that has been revealed in this series is the opposite of the separation that God has always required of a people who will be holy unto Him. Syncretism is the mixing of the holy and profane. It is to travel in a path contrary to that of being separated unto a holy God.

Of course, those Christians who embrace all the things of the world, declare they are doing so in a quest to be “relevant.” After all, they reason, how will they reach a lost world if they do not appeal to the desires of the world?

The problem with this way of thinking is that, having drawn worldly people into the church, the seekers find no significant difference inside the church. The church merely presents them with a “cleaned up” version of what they had outside. The church has all the same values of comfort, ease, pleasure, and entertainment; they are presenting a religion that satisfies the soul of man, instead of leading people to the radical change of focus that they need.

Mankind apart from Christ is by nature a consumer. He lives to satisfy his natural appetites. This became the state of all men when Adam transgressed in the Garden of Eden. Adam failed to subdue and rule over the beasts (and by extension the beast nature). Adam submitted to the rule of the serpent. Consequently, the curse on the serpent became mankind’s curse.

Genesis 3:14
And Yahweh God said to the serpent… “Cursed are you more than all cattle,
And more than every beast of the field; On your belly shall you go, and dust shall you eat all the days of your life…”

This curse contains a great parable. To go on one’s belly, is a parable of living to satisfy the appetites of the flesh. Man’s flesh was formed of the dust of the earth, and this became the food of all those ruled by the nature of the serpent. The apostle Paul alludes to this fallen state of mankind, and those in the church who continued in it, in the following words:

Philippians 3:18-19
For many walk, of whom I have told you often, and now tell you even weeping, that they are the enemies of the cross of Christ: whose end is destruction, whose god is their belly, and whose glory is in their shame – who set their mind on earthly things.

If one sets their mind on earthly things, then they are an enemy of the cross that all disciples must bear. If a man or woman is ruled by their belly, by the desires of their flesh and soul, then they are not following the pattern of Christ who testified that He did not come to do His own will.

The world knows nothing of living for the will of the Father. A worldly church is following the pattern of the world. Christians are running over with personal initiative. They live their lives according to the desires of their own soul. They have merely adopted sanitized versions of the things the world pursues. The course of their life has not been altered. They are still living for self.

To be a disciple of Christ, one must make a complete about face. One must dare to be different. 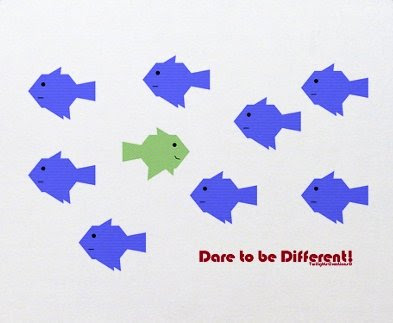 To be a disciple, one must make an about face. They must no longer live to please themselves. They become the bond-servants of God, having been bought with a price.

I Corinthians 6:20
For you have been bought with a price: therefore glorify God in your body.

As I shared in the previous post, the disciple must hate his own soul.

Both Christ and His apostles contrasted The Way of the cross with loving the world. If one loved the world, and the things in it, if they were ruled by their belly, they were said to be enemies of the cross.

The church today has lost this distinctiveness. They have become as salt that has lost its savor.

Luke 14:33-35
“So therefore, no one of you can be My disciple who does not give up all his own possessions. Therefore, salt is good; but if even salt has become tasteless, with what will it be seasoned? It is useless either for the soil or for the manure pile; it is thrown out. He who has ears to hear, let him hear.”

It is the cross that gives the church its intense flavor. I am speaking here of the cross each disciple is called to bear. The church today speaks only of the cross that Christ bore. In their own lives there is no cross. Most Christians are not denying themselves, but rather living for self.

Some have written to me after the last post asking if there must always be suffering in our lives. Must we continually be subjected to hardship, loss, difficulty and distresses? Both Christ and His apostles have answered this question for us.

Luke 9:23
And He was saying to them all, “If anyone wishes to come after Me, let him deny himself, and take up his cross DAILY, and follow Me.”

I Corinthians 15:31
“I protest, brethren, by the boasting in you, which I have in Christ Yahshua our Lord, I die DAILY.”

This does not mean that we must be miserable every moment. It does not mean that suffering is our daily portion. What it does mean is that every day we must live for the will and pleasure of God rather than for our own will and pleasure. The cross always is applied to the soul of man. Our desires, our will, our ways, must be set aside in order that we might do the will of Yahweh. Though all the world and a worldly church are pursuing their own will, those who would be disciples must go against the flow. As they do, all who observe them realize that they have a very distinct flavor. There is a pungency about them that is absent in the lives of others. Their lives are potent by virtue of their sacrificial obedience to the Father.

Some do err by thinking they must always be abased, and suffering some austerity. These will not accept blessings of abundance when they come from Yahweh’s hand. To have such a mind is equally as much in error as those who will only accept blessing and abundance, despising and rejecting any thought that they should ever be lacking in every good thing. The apostle Paul addresses this error in the following words:

Colossians 2:20-23
If you have died with Christ to the elementary principles of the world, why, as if you were living in the world, do you submit yourself to decrees, such as, “Do not handle, do not taste, do not touch!” (which all refer to things destined to perish with the using) – in accordance with the commandments and teachings of men? These are matters which have, to be sure, the appearance of wisdom in self-made religion and self-abasement and severe treatment of the body, but are of no value against fleshly indulgence.

Paul is addressing those who are asserting that “self-abasement and severe treatment of the body” are required for one to be walking in a pure religion. In other places the apostles and Christ address those who go to the other extreme, desiring always to be rich in the goods of this world.

I Timothy 6:9-10
But those who want to get rich fall into temptation and a snare and many foolish and harmful desires which plunge men into ruin and destruction. For the love of money is a root of all sorts of evil, and some by longing for it have wandered away from the faith, and pierced themselves with many a pang.

Despite the marked difference in the outward appearance of those who are pursuing a life of austerity, and those who are pursuing a life of material abundance, the error of their hearts is the same. They are both “self-directed.” Both groups are choosing for themselves what they will accept in this life. Paul has declared this when he speaks of “self-made religion” and “self-abasement.” It is obvious from these words that “self” is the origin of this lifestyle. In contrast, Christ never did anything that arose from self. He lived to do the will of the Father.

John 4:34
Yahshua said to them, “My food is to do the will of Him who sent Me, and to accomplish His work.”

Romans 15:3
For even Christ did not please Himself…

Christ came into a world that was living for self. He swam against the current. His life was very distinctive. He was exceedingly salty. 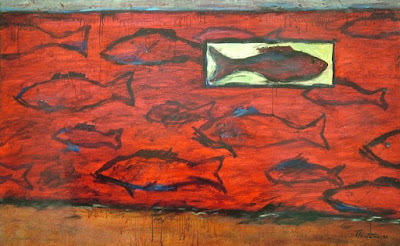 I have often shared in this blog that a Christian need not choose for himself a cross to bear. No man needs to go and look for some way to suffer for Christ. All we must do is surrender to be led of the Spirit of Christ in all things. This is what Yahshua did. He always did the will of the Father. Such a life, moving as it does against the tide of humanity and the forces of this world, will include conflict and suffering. At times this suffering is the result of the world standing in opposition to the course of our life, but oftentimes the suffering is internal as we wrestle with laying down some cherished thing that our soul loves.

There are no vacations in a disciple’s commitment to follow God, but our Father does give His sons and daughters seasons of refreshing. We are not always in distresses. We are not every day submitted to dangers, and fears, and reproaches. We do not meet with loss and heartache every day. There are periods of great fellowship, of relative abundance, and of calm. Our Father knows how to refine His children. He knows how long they can remain in the fire, and when to bring them out and allow them rest.

The message I would convey to you is that a great majority of those who profess to be Christians are not walking as His disciples. They are not walking in The Way that leads to life. Many are enemies of the cross. They will not accept the cost of discipleship. They have never surrendered to be led of the Spirit in all things. They are going in the same direction they were traveling before they began confessing Christ. They are self directed, and living for selfish pleasure.

I Timothy 5:6
Whereas she who lives in pleasure and self-gratification [giving herself up to luxury and self-indulgence] is dead even while she [still] lives.
[Amplified Bible] 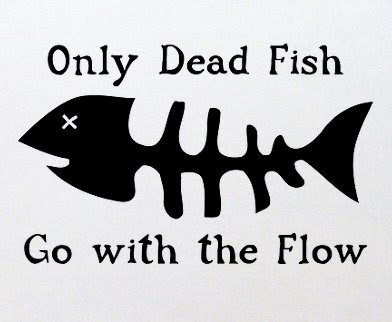 What will you do? SYNC or SWIM!