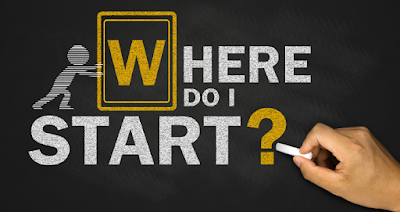 I finally settled on the basics I will use in creating the Bible translation I am working on. It may seem that this was a large part of the decision, and you are right. I had to look into the various translations that were available today and choose one for my starting point. In order to pick a starting point I needed a translation that was not copyrighted and that offered fairly good English. This allowed me to do what the translators of the King James Version did with their translation. They said they wanted to create a better translation than they had, though they did not strive for perfection. They basically took the Bishops Bible and some others and made a better one.

Some may ask, “Why do you need a translation as a starting point?” The reason is that much has been done already. The Holy Scriptures have been put into English according to men’s understanding, or the biases they labored under. My aim is to simply make a good translation better, as the King James Version translators said of themselves. In accordance with this I have chosen the American Standard Version of 1901 as my starting point.

There are still many changes to be made. I am correcting the stilted form of expression by using more up to date language. One thing man rarely concerns himself with is how different a tongue is from generation to generation. Yet if we try to read an old book written in the style of writing that was part of the period out of which it was birthed, we will find ourselves with many objections. Not only will the common words have changed, but the style of writing will no longer be what is used today. We can therefore try for one of two things. We can aim for the type of writing that was used when the document was originally created, or we can shoot for the type of writing that is used today.

Even the King James Version of 1611 is too far out of touch with its antiquated language to appeal to the masses. We must remember the Hebrew and Greek Bibles were written in the common language of the people. Much of them are quoting the language that people spoke. This is why many people use the 1769 KJV translation which has replaced many of the spellings of words, and has exchanged some words for more recent alterations. Of course, we are talking about 1769 here, and it did use the much older “thee”s and “thou”s. People no longer talk this way. It also had some words that were wrong, such as “unicorn,” “satyr,” and “Easter.”

I am going through the book of Genesis at this time, making various changes. I am including all the names or titles for deity. Some of them are unknown. The translators of our Bibles have merely taken their best guess, or held to some basic error in the names. In Genesis 22:14 it says,

Genesis 22:14
And Abraham called the name of that place Jehovah-jireh: as it is said to this day, In the mount of the Lord it shall be seen.
KJV

Genesis 22:14
Abraham called the name of that place The LORD Will Provide, as it is said to this day, “In the mount of the LORD it will be provided.”
NASU 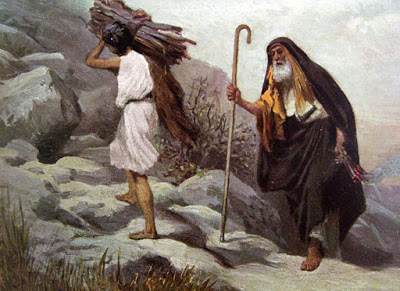 I have researched this verse and came across the following regarding the name for Yahweh here, which is El Shaddai.

Shaddai meaning fertility
An alternative view proposed by Albright is that the name is connected to shadayim which means “pair of breasts” in Hebrew (from shad breast and ai-im, an ending signifying a dual noun. It may thus be connected to the notion of God’s fertility and blessings to humanity. In several instances it is connected with fruitfulness: “May God Almighty [El Shaddai] bless you and make you fruitful and increase your numbers…” (Gen. 28:3). “I am God Almighty [El Shaddai]: be fruitful and increase in number” (Gen. 35:11). “By the Almighty [Shaddai] who will bless you with blessings of heaven above, blessings of the deep that lies beneath, blessings of the breasts and of the womb” (birkhōt shādayim wārāħam)(Gen. 49:25).
[Source: https://en.wikipedia.org/wiki/El_Shaddai]

The report on Wikipedia also list several other possible definitions, but this one seems the most plausible. This is the first appearing of this name in Scripture. It is also only used in a couple of translations. I have treated it as the following:

Abraham called the name of that place Yahweh Yireh (Yahweh Makes Fruitful). As it is said to this day, “On Yahweh’s mountain, it will be made fruitful.”
Heart of David Bible

The following verses bring out this name even more.

The angel of Yahweh called to Abraham a second time out of the sky, and said, “I have sworn by myself, says Yahweh, because you have done this thing, and have not withheld your son, your only son, that I will bless you greatly, and I will multiply your seed greatly like the stars of the heavens, and like the sand which is on the seashore. Your seed will possess the gate of his enemies. In your seed will all the nations of the earth be blessed, because you have obeyed my voice.”
Heart of David Bible

Fruitfulness is certainly what Yahweh had in mind. Consider for a moment that this is a foreshadowing of the Lamb of Yahweh being given for mankind. Truly it is wonderful.

I am also correctly translating asah and bara. These are very distinct words that have different meanings. Asah is translated “made” and bara means “create.” These words are used in great distinction to demonstrate what was made and what was created. The things that were (asah) made were refashioned out of things that formerly existed in the first chapter of Genesis. Bara indicates those things that were created from nothing. Also, there is the Hebrew word “male” which means “replenish,” or “refill.” This word is used in Genesis chapter 1 where Elohim blesses the creatures of the sea, for they are “refilling” it. He again uses the word to “refill” the earth when speaking to Noah and his sons after the flood – Genesis 9:1. It is necessary to make these words agree with one another in order to understand creation.

I have had some periods of weeping as I’ve worked on the book. I want to tell myself this is the result of having a stroke. My emotions seem much closer to the surface, though the one I know the best is laughter. I know this is not completely true however. I used to weep over certain passages when I would read them. Some passages I see myself in. As I read about Abraham taking his son Isaac to Mt. Moriah to offer him as a sacrifice I see a reflection of my life. Yahweh took me through a very painful experience with my son about 14 years ago. I will not go into it here, but those who are not familiar with it can read a chapter from my autobiography. The chapter is called My Son, My Son.

I wept again when I reached the part of Abraham charging his servant with going back to his homeland to get his son Isaac a bride. The tears flowed as I read of Rebekah meeting the servant out where the camels are watered. They were unrestrained as I read of Rebekah running home with the bracelets on her arms and the ring in her nose. I wept again as I read of Laban running out to where the servant was standing by the camels, telling him that he should come to their home for all had been made ready. I had to get up and get a washcloth out of the bathroom to dry my tears.

This story has always gotten to me, but I cried harder than ever as I read it this time. I don’t know why this account of Yahweh showing favor to Abraham touches me so profoundly. I guess it is because of the goodness of Yahweh that has been poured out on my life. Life is not a drudgery. It is impossibly good. Even living here in my bus is beyond my expectation. When I started trusting Yahweh with all my heart 18 years ago, He made something beautiful out of it. It is especially precious in looking back at the times I have had to suffer for Yahweh and Yahshua. My life would be that much less precious if I had never suffered for them. I know there will be other stories in Genesis that result in weeping. Some things can’t be helped.

I would be remiss if I did not ask for help in this translation. If you know of any Scriptures that need correcting, then I would like to take a look at them. Right now I am working on Genesis, so I would like to keep your thoughts focused on what is at hand. I am not promising that I will make the exact changes to the Scriptures that you want, but I will take a look at all of your suggestions.