The Canonization Of Scripture

We cannot have an accurate version of the Bible today unless we can have some assurance that the book written by forty different men is truly the word of Yahweh to His people. There are many men making claims about the Bible today that are not historically sound. This is especially true of the New Testament. Men make many claims about different books being singled out as irrelevant or lacking some key trait like being written by an apostle. They suggest that men like Emperor Constantine chose which books to include in the Bible. The truth is much easier to tell.

The Old Testament books were the sacred charge of the Israelites. They were given the task of keeping them and determining which ones were Scripture. These books were written between 1400 B.C. and 450 B.C.. There has never been a book recorded that took a thousand years to write. The reason for it is that Yahweh is an active God. He interacts with His people, and others that are known. His words and actions need to continually be added to in order for His people to learn.

In adding to these words the people needed a scribe to keep the words updated due to their language changing over such a span of time. This wasn’t one man. There were large numbers of scribes in existence. One need only look at the Gospels to tell that there were many scribes. In the pages of the text there are mentioned many scribes. We know this went back as far as King Solomon who wrote the book of Ecclesiastes.

Ecclesiastes 12:12
But beyond this, my son, be warned: the writing of many books is endless, and excessive devotion to books is wearying to the body.

The New Testament books were all written in a brief period of about fifty years. The latter half of the first century A.D. was the time of its emergence. Many people claim that books were erased by folks that sat on committees, such as in the case of The Da Vinci Code. It should be noted that this book is fiction. We should keep its claims in the realm of make believe. Let us look at the way things actually happened.

As the books of the New Testament were written the members of the churches began to seek the anointed writings out. Keep in mind that Yahshua said, “But when He, the Spirit of truth, comes, He will guide you into all the truth.” The Spirit of Yahshua made known to the churches which books were from Him. Some of this instruction even made it into the Bible. In I Timothy we have the following.

I Timothy 5:18
For the Scripture says, “YOU SHALL NOT MUZZLE THE OX WHILE HE IS THRESHING,” and “The laborer is worthy of his wages.”

Where is this found in Scripture?

Luke 10:7
“Stay in that house, eating and drinking what they give you; for the laborer is worthy of his wages. Do not keep moving from house to house.”

II Peter 3:15-16
Just as also our beloved brother Paul, according to the wisdom given him, wrote to you, as also in all his letters, speaking in them of these things, in which are some things hard to understand, which the untaught and unstable distort, as they do also the rest of the Scriptures, to their own destruction.

In these verses we find that the apostles considered Luke and the epistles of Paul to be Scripture. As we look further we can find other testimonies among the early church leaders. Polycarp wrote one letter that exists to this day. It is his letter to the church at Philippi. In that letter he states that the letter by Paul to the Ephesians is Scripture. This letter by Polycarp was written in 125 A.D.. Polycarp was considered a disciple of John, and likely was.

There were a few differences in the lists of books that appeared in the 4th century. Another church father was Eusebius. In between the years 320-330 A.D. Eusebius wrote that the churches regarded 22 of the 27 books to belong to the New Testament. The ones that were considered doubtful were James, Jude, 2 Peter, II and III John. These books are still questionable to some people today. 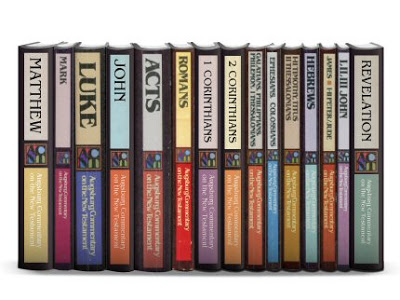 Some books that were not included in the canon of Scripture, though they were at times passed along by members of the church were The Shepherd of Hermes, The Letter of Polycarp to the Church at Philippi, The Didache, I Clement, The Gospel of Thomas, Ignatius Letters, and the Letter of Barnabas. Of The Letter of Barnabas, be aware that there are certain pseudepigrapha that have come forth in later centuries that bear his name. The Gospel of Barnabas is one of them. These should be excluded by the serious reader.

Why were not any of these other writings included with Scripture? The Holy Spirit was certainly present to keep these books from being granted Scripture authority. There are certain books that are good, but don’t deserve to be numbered among the Scriptures. I believe that a saint aided by the Spirit can tell which books are Scripture.

We have seen then that it took 1500 years to write the whole Bible. From the books of Moses to the book of Revelation, the entirety of the book of the Bible took 1-1/2 millennia. It is more properly described as the library of Yahweh than a single book. There are 39 books in the Old Testament and 27 books in the New Testament for a total of 66 books.

One thing that would be helpful in creating an accurate translation of the Old Testament would be an old copy in Hebrew. Such things are not available today. What happened to them? Neil R. Lightfoot gives the following answer.

The Jewish scribes looked upon their copies of the Scriptures with an almost superstitious respect. This led them to give ceremonial burial to any of the texts that were damaged or defective. Their motive was to prevent the improper use of the material on which the sacred name of God had been inscribed. Before burial, however, faulty manuscripts were hidden away in a “ginizah” (from Aramaic genaz, to hide), a kind of storeroom for manuscripts that were unusable. But however noble the intentions, the replacement of older copies with newer ones, and the burial of those discarded, have deprived us of early Hebrew manuscripts.
[Source: How We Got the Bible, Neil R. Lightfoot]

As far as we know, the Masoretic texts from the tenth century A.D. are some of the oldest and most accurate Hebrew texts. The Masoretes had exceptional error checking and would not let anything inferior serve as a Hebrew text. Unfortunately, they only go back about one thousand years. The first 2,400 years of Hebrew text are missing.

One of the most common foreign language copies of the Old Testament known of today is called the Septuagint. It was written in the 2nd century B.C.. Malachi, the last book of the Old Testament was written a little more than 400 years B.C.. The Septuagint does a good job of translating the Hebrew into Koine Greek, but it does contain some added portions that are not in Hebrew, as well as missing others. Where the Greek text and the Masorete text are compared nearly 1,200 years apart, they are virtually the same. We must assume, therefore, that the Spirit has kept a fairly accurate account of the Old Testament Scriptures and that translation of words and phrases is lacking. As we have mentioned before, the inclusion of divine names, and other matters, are clearly absent.

So this is the state that things are in today. We have fairly accurate Bible translations, but they are in ancient languages that require translation. That it was not men who were without bias in translating the Scriptures into English is fairly certain, in most cases.