It takes some time to post a book. I have just finished posting the book God’s Plan of the Ages. It consisted of 17 parts, with each one being posted on average 3 days apart. That is a period of 51 days. It has taken nearly 2 months. A lot has happened in that time.

It has been the hottest time of the year. Europe is seeing one of the greatest droughts in decades. California is burning up. 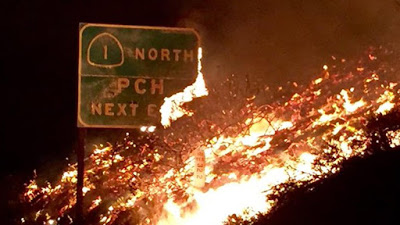 Earthquakes are being observed all over the world. Hawaii was drowned in a hurricane, right after she had a volcano spewing forth lava. It doesn’t take too long for the news to fill up with bad tidings.

Despite the fact that evil forebodings are rampant I have to get up each day and head down to the gym and get some walking done. The tread mills are well used. Then I go down to the Oases Coffee House and have breakfast. Usually it is Logger Grits. That is grits with eggs and cheese. I order it without meat (sausage or bacon). It is $3.75 with a cup of water to drink. That is a fairly cheap breakfast. Oases is a Christian coffee house, and I take my Bible with me and read a couple of chapters each morning.

Yesterday I had a Christian sister arrive from Mexico. George and I met her in Warner Robins, about 30 minutes away. She is coming in to attend a healing seminar that lasts for a week. It starts today and runs through next Sunday. I don’t agree with what the man teaches, but the sister has not asked my opinion of it.

She had a bit of a hiccup to her plans. She had to change flights once and the flight was too late to allow her to make her connection so the airline put her up for the night in a hotel. We learned about her amended plans when she was with us. George and I took her to eat at a Greek/Mediterranean Restaurant. The meal was very good. She eats a special diet with lots of herbs and vegetables and rice. She had a very fine meal, and we did too. We all talked about Yahshua and the world. It was a treat for her to be in the U.S.A..

We then took her to the store for her to get some things to eat during the week. She was going to the seminar on the cheap, and the church had a campground. She was borrowing a tent and the various necessities from us, having giving us a heads up on the deal. So we headed back to George and my place to get the tent, cot, pillow, cooler, and various other things she would be using while staying at the church campground.

I had told the sister I would loan her my car during the week. She has a car of her own in Mexico which is about the same age as my car. After we loaded it up she climbed in the passenger seat. I had an “Oops” moment. She admitted that she was not wanting to “borrow” my car. She just wanted a ride to the church campground. The church was about an hour away and it was now about 8:00 P.M.. It would be dark in thirty minutes. It really was not much of an inconvenience because I had been thinking of volunteering to drive with George in his car there and helping set-up her campsite. The way things were packed in my car though only two people would fit, and George was by far the best one to go. So he volunteered and I got the evening off. In a week we will go back to pick her up. 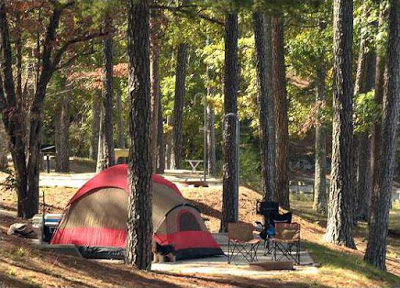 I will tell you a couple more things that I have been doing besides posting blogs. I ordered a new tablet a little over a month ago. The tablet I had been using would no longer work for my bank account. I use it to deposit my checks to my account. Without my tablet it takes about half an hour to drive to the bank, and another half an hour back. The tablet allows me to do my deposits from anywhere. I can do them in my RV. UPS was having an awfully hard time finding my address. The regular UPS guy comes here all the time, but the man delivering my tablet was coming from another location. He even eventually left the tablet in another town.

The reason for my address being hard to find is that there is no street sign on the small lane I am on. So I ordered a street sign and George and I installed it. 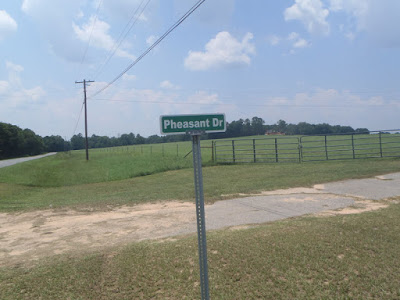 Everything gets to my street with no problem now.

I have also had to make repairs to my riding lawn mower recently. The blades had gotten worn out in the year and a half they were on the mower. I was surprised to discover when I took one of the blades off that two of the bolts had pulled back from the deck. I had to get the bolt holes re-welded. I swapped out the mower belt while I was at it. It took quite a while as I am not as mobile as I once was. I also discovered that the pulley that turns the blade on one side was wobbling, so I ordered a new one to replace it. Nicholas and George were a great help on this project. 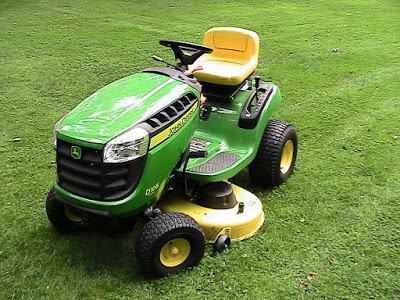 I am going to post the book Christ in You – The Hope of Glory next. This book is a follow-up to the book I just posted, God’s Plan of the Ages. It will only be 10 episodes so you will hear from me again in about 4 weeks.