The Death of Defiance

A brother in Christ (Thank you David) passed along an article this morning in which Jonathan Cahn, author of The Harbinger, mentions the significance of the Tree of Hope at St. Paul’s Chapel in New York City dying. St. Paul’s Chapel is located directly adjacent to the World Trade Center in Manhattan. This is a historic church, being the location where George Washington was inaugurated as the first President of the United States of America. When the World Trade Towers fell on September 11th, 2001, a steel beam from one of the towers was thrown across the street onto the property of St. Paul’s Church where it struck a sycamore tree, uprooting it. Remarkably, this was the only damage to the church property.

Jonathan Cahn has made the world aware of a prophetic omen that occurred after the events of 9-11. Possibly out of ignorance, and certainly due to arrogance, a number of major political figures in America quoted a passage of the Bible from the prophet Isaiah as they sought to express the determination of America to rally from this attack on her land and to come forth stronger than ever. Among these political leaders were Senate Majority leader Tom Daschle, and Senator John Edwards, who quoted the following Scripture.

What these men did not acknowledge was that the words they quoted were recorded as an exclamation of an apostate people’s defiance against God. The northern ten tribes of Israel had spent centuries in idolatry and wickedness, leading Yahweh to send the armies of Assyria against them. The Assyrians invaded the land of Israel, plundered some of her cities, and left destruction in their wake before returning to their own land. Rather than repenting and acknowledging the justice of God in sending foreign armies against them, the Israelites boasted that they would rebuild and ascend to greater heights of glory than they had known before. There was no turning away from sin and idolatry. There were no fruits showing the repentance of the people. On the contrary, the people gave themselves to greater abominations. The pride and wickedness of the rulers and people of Israel ultimately led to Yahweh destroying their nation. Great numbers fell by the sword. Those who survived were carried into captivity by the Assyrians.

Jonathan Cahn has stressed that it bodes very ill for the leaders of America to have seized upon the same words of defiance uttered by the Israelites 2,500 years ago. After speaking these words, America’s leaders proceeded to symbolically fulfill them as they brought a 20 ton block of hewn New York State granite to the site of the ruined towers to be the centerpiece of a cornerstone laying ceremony. 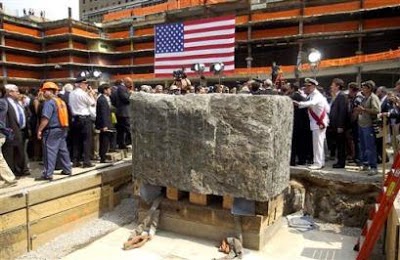 They also had a ceremony to replace the uprooted sycamore tree with a cedar tree. 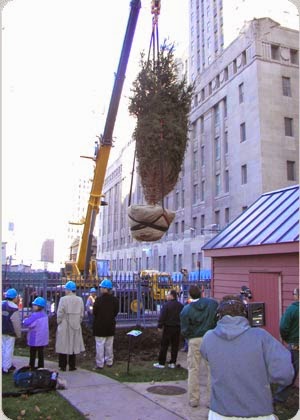 The cedar tree was dubbed “The Tree of Hope.” In actuality, it was a tree of defiance. Like Israel before her, America has not repented of her sins. The nation’s leaders have pursued a course of debauchery as they have sought to fill the land with Sodomites, even redefining marriage to include same sex unions. Violence fills the streets of America’s cities. Immorality, fornication, adultery, greed, rebellion, slander, and every form of evil are on the increase. There is a growing antagonism toward the truths of God in the Bible, and an increasing enmity toward those who are disciples of Christ.

Jonathan Cahn reported back in 2012 that he visited St. Paul’s Chapel in New York City and discovered that the cedar tree, the Tree of Hope, was sick and dying. All actions to stem the sickness proved vain. The tree was trimmed. The tree’s caretakers even went so far as to replace the soil surrounding the tree. It was to no avail. The tree had to be supported by guy wires, propped up to keep it from toppling. Eventually, in the Spring of this year, the tree was deemed to be beyond recovery. It was uprooted and carted off to be destroyed.

In this event is a parable for America. Despite all the proud words about America experiencing an economic recovery, and ascending to greater heights among the nations, the health of the country has been steadily declining. There is no area of American society where decay and rot have failed to erode the soundness of the nation. Morally, economically, politically, spiritually, in national honor, and in the freedoms and happiness of her people, America has been withering away and dying.

In the Bible, people and nations are compared to trees. When the multitudes of Jewish people began seeking out John the Baptist in the wilderness, he boldly spoke the following words to them.

Matthew 3:7-11
“You brood of vipers, who warned you to flee from the wrath to come? Therefore bring forth fruit in keeping with repentance; and do not suppose that you can say to yourselves, ‘We have Abraham for our father’; for I say to you, that God is able from these stones to raise up children to Abraham. And the axe is already laid at the root of the trees; every tree therefore that does not bear good fruit is cut down and thrown into the fire.”

America as a nation is not bringing forth fruit in keeping with repentance. Every day there is another report of further debauchery in legislation, in court rulings, and in the life of its citizens. States are now ruling that boys and girls can use the same bathrooms, locker rooms, and shower facilities at public schools. They are passing laws to restrict counselors from telling boys and girls struggling with same sex attraction that they can overcome these desires. Children are being instructed in deviant sexual practices in sex education courses. Every year more than a million more babies are murdered in their mother’s wombs. The fear of God has been removed from the minds of the people as the citizens of the nation give themselves to greater vice and sensuality. Civilization itself is crumbling under the weight of unrestrained hedonism.

A people who defy God and who glorify rebellion and defiance must ultimately reap the consequences. The day after the attacks on the World Trade Towers and the Pentagon, Senator John Kerry (now U.S. Secretary of State) shared the following remarks on the floor of the U.S. Senate.

I believe one of the first things we should commit to – with federal help that underscores our nation’s purpose – is to rebuild the towers of the World Trade Center and show the world we are not afraid – we are defiant.

When the cornerstone was laid for the Freedom Tower, now named One World Trade Center, New York Governor, George Pataki stated, “Today, we the heirs of that revolutionary spirit of defiance, lay this cornerstone.” Revolution. Rebellion. Defiance. These are not Christian virtues. They are characteristics of Satan. He is the first to rebel against God, and the government of America has been from its foundation a Luciferian government. A mere four chapters after recounting the defiance of Israel toward God, the prophet Isaiah recorded for our benefit and instruction the words of the great rebel Satan.

Isaiah 14:12-15
How you have fallen from heaven, O star of the morning, son of the dawn! You have been cut down to the earth, you who have weakened the nations! But you said in your heart, “I will ascend to heaven; I will raise my throne above the stars of God, and I will sit on the mount of assembly in the recesses of the north. I will ascend above the heights of the clouds; I will make myself like the Most High.” Nevertheless you will be thrust down to Sheol, to the recesses of the pit. 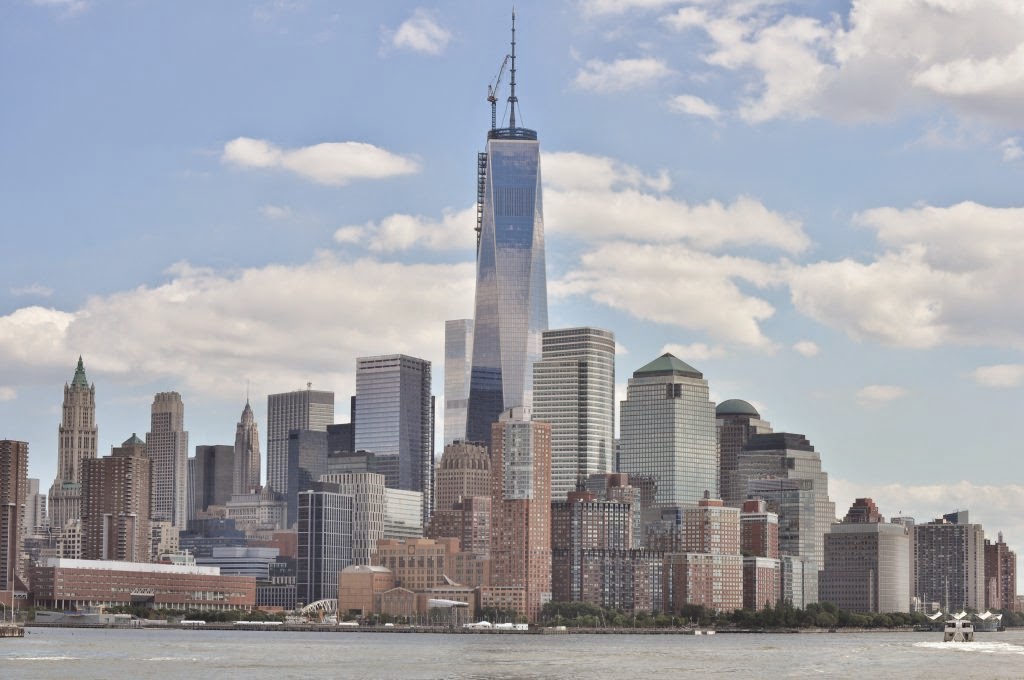 A day of reckoning has already been declared. Just as the cedar has withered and died; just as it was uprooted and completely destroyed, so too shall America perish among the nations. The pride of America will be abased. Because she has not acknowledged Yahweh as the true God and Creator of all things, but has exalted herself in defiance against Him, America must be laid low in the dust.

What should your life reflect seeing that these things must shortly come to pass? The people of God should adorn themselves with humility. Cast off the pursuit of vanity. Separate yourself from evil. Let those with financial means sow generously into the lives of the poor and needy. Care for the widow and the orphan. Consider the needs of others more highly than your own. Pursue holiness and righteousness without which no man shall see God. Live humbly before God and man so that when the hour arrives for God to abase the nation He might find you already living the lowly life of a servant. “Yahweh gives grace to the humble, but resists the proud.”