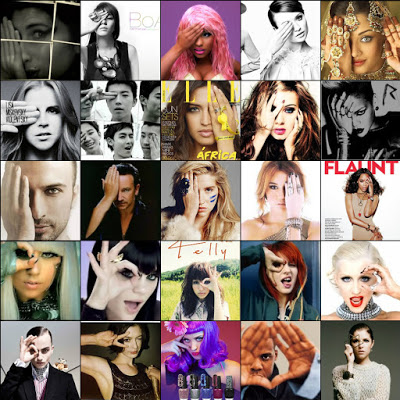 Have you wondered why so many of the rich and famous give the same signs? It is because the myriad companies they all work for are owned by the same corporations. Just look at the record labels they are signed with: Universal Music Group, Sony Entertainment Music, Warner Music Group. 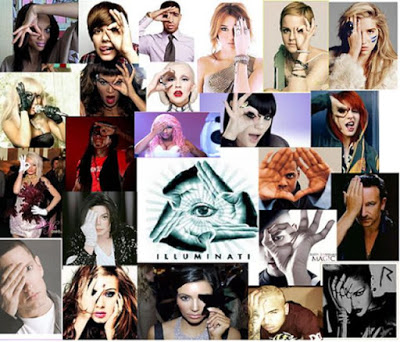 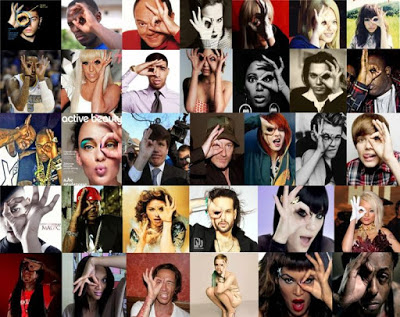 You can notice on the above screen mixup that there are movie stars, athletes, and magazine stars as well. 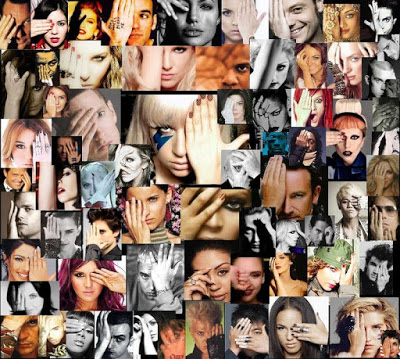 The number of stars is a childish mishmash of immature posturing. Who would want to be one of these stars, covering up part of their faces. 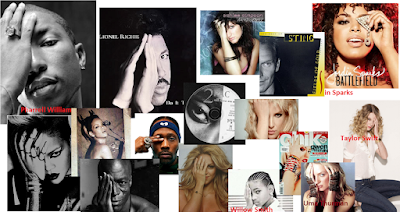 Of course, there is an explanation for all of this buffoonery. The emphasis on one of the person’s eyes is a sign of slavery and an admission that the person has agreed to do whatever the New World Order requires of them. The elements can be seen in the various pictures. Look immediately above and you will see the pyramid over Jordin Sparks eye. You will also see the 666 symbol over the face of Gwen Stefani on the magazine Chik. 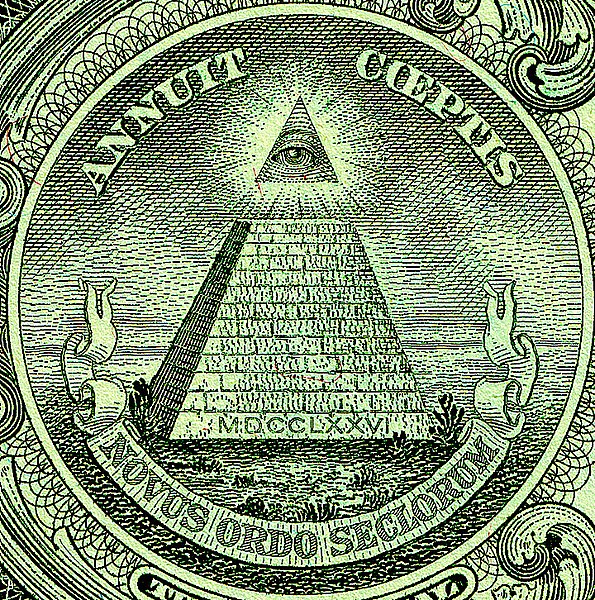 The All Seeing Eye over the pyramid is not representative of Yahweh. It is a symbol of Satan whom the Bible defines as “prince,” or “ruler” of this world (John 12:31, 14:30, 16:11). He is still offering people portions of this world if they will only bow down and worship him. 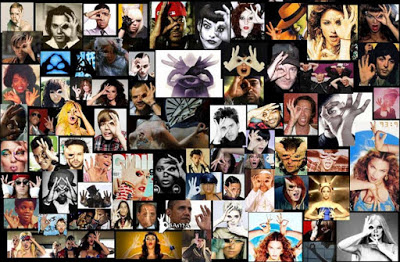 If you look up the names Johnny Depp, or Angelina Jolie, Brad Pitt, Jay-Z, Kanye West, or Maddonna with the words “Lucifer, Satan, Devil, worship,” you will see that some of these people are in fact worshipers of Satan. I am sure you can find a whole host of them. What you won’t find are disciples of Christ. You will find some that claim, or have claimed, to be Christians, but they have fallen by the way side. 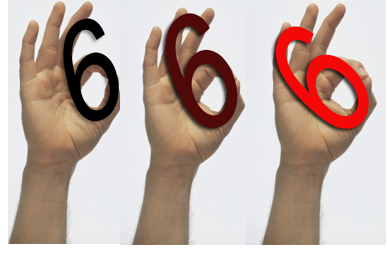 Mark 4:14-19
The sower sows the word. And these are the ones by the wayside where the word is sown. When they hear, Satan comes immediately and takes away the word that was sown in their hearts. These likewise are the ones sown on stony ground who, when they hear the word, immediately receive it with gladness; and they have no root in themselves, and so endure only for a time. Afterward, when tribulation or persecution arises for the word’s sake, immediately they stumble. Now these are the ones sown among thorns; they are the ones who hear the word, and the cares of this world, the deceitfulness of riches, and the desires for other things entering in choke the word, and it becomes unfruitful.

You have seen in this blog where the media is gathered together in large conglomerates called multi-national corporations.

Music is merely one more form of media. It too is controlled. Everywhere we look today there is evidence that Satan’s plans are far along. I don’t think it will be much more than ten years, maybe far less, before we will have to suffer greatly for the name of Christ. I just wonder how many will be willing to suffer. Christ asked,

Luke 18:8
Nevertheless, when the Son of Man comes, will He really find faith on the earth?

In recent days I have seen the media making fun, even ridiculing the Illuminati. They have been doing this through commercials. There is a plan to this as well.

These commercials are full of ridicule, but they are a take-off of Stanley Kubrick’s last film called Eyes Wide Shut. I have not watched this movie, nor do I have intentions to do so. I don’t know what was included in the original movie. It was edited out. Evidently Stanley Kubrick had some evil secrets of the Illuminati in the movie. It ended up being a sexually disturbing movie. 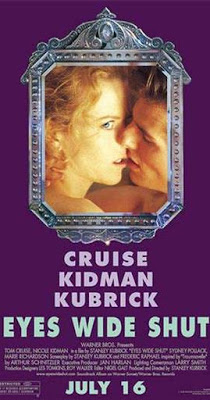 I think these commercials did a terrible job. They have taken venues that are known for pedophilia and every form of debauchery and turned them into jokes. People will let down their guard now when they hear of child prostitution, or other sins committed by people in high places.

Why would the same people who own the music industry and ply the world with Illuminati symbolism also deny the Illuminati? Because the world is filled with deception.