When Judith had prophesied to me, while I was standing in the midst of my fellow ministers, she had no idea that my first name was Joseph. Everyone at Living Faith knew me by my middle name, which was Bradley, and most simply called me Brad. It was to be a few months later, when God called me to leave the computer profession and enter into ministry full-time, that the Holy Spirit would speak to me and tell me to begin using my first name, for the Spirit testified that the name was significant. 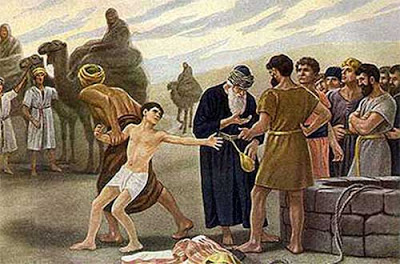 The son of Jacob who bore this same name was told that promotion was coming to him, and this was also made known to his brothers. His brothers’ response was not positive, and they eventually rejected him, casting him out from their midst and selling him into a foreign land as a slave. I have only understood the similarities to Joseph’s path and my own in hindsight, for when Judith spoke this word of prophecy I was still enjoying a measure of fellowship with my brothers in Christ at Living Faith. When God told me He was calling me to full-time ministry I anticipated a greater role opening up among this fellowship. This thought was increased by something Richard had shared with me. He had told me that he believed God would soon have him step aside from his role as head pastor of this church, and he believed God was preparing me to step into the role he would vacate.

Things began to get more rocky in my relationship with Richard and the other ministers as God continued to press our family forward into a greater walk of faith that we might inherit the good land before us. The other ministers were given many tests themselves, but they were shrinking back, rather than going forward. Each time this happened a greater rift occurred between us. It came to the point that Richard was accusing me of being prideful and arrogant for believing I was hearing from God concerning specific steps of faith, when he and the other ministers disagreed.

This is a common reaction when one person is willing to face the giants in his/her life, while those around them are not willing, due to the fear and unbelief in their hearts. The Spirit has ministered to me much truth from the life experiences of David. When David was willing to face Goliath, his elder brother Eliab, who had been hiding behind the rocks with the rest of the Israelite army, accused David of arrogance and misbehavior. The true reason for Eliab’s accusations of his younger brother was that David had not succumbed to the same fear that was in his heart, nor did David view such fear to be the proper response.

I Samuel 17:28
Now Eliab his oldest brother heard when [David] spoke to the men; and Eliab’s anger burned against David and he said, “Why have you come down? And with whom have you left those few sheep in the wilderness? I know your insolence and the wickedness of your heart; for you have come down in order to see the battle.”

The anger of my brother’s in Christ also began to burn against me when I demonstrated a willingness to face the Goliath that stood before us. I was willing to go fight this giant, and I proved it by following God obediently when He told me to leave my employer and trust Him for the provision of our family. The reaction was burning anger from my brothers. 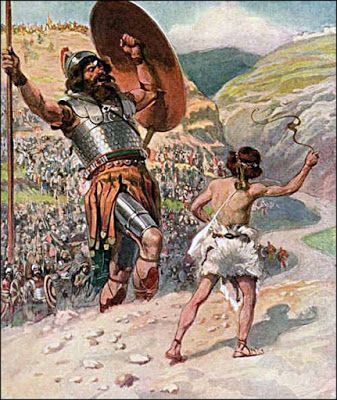 A couple months after I had left my employer the ministers called for a meeting to discuss my situation, and they had in mind to defrock me, and cast me out from their midst if I would not change my course. The Holy Spirit had spoken to me some days earlier and had indicated that a separation was coming. The Spirit said that I was not to initiate the separation, but that I was not to resist it when it came. I spent many hours every day in prayer, for I was in much anguish at the rejection I was already sensing from my brothers.

On the day of the meeting I went to a place alone and I prayed fervently to God. I asked Him to give me an opportunity to share with them one more time about the necessity to follow Christ in faith wherever He would lead us. I asked God to guard my lips and keep me from saying anything He would not have me to speak. God answered my every request.

The meeting began by Richard asking me whether I was going to continue on my course, or whether I had changed my mind. He then gave me liberty to speak, and for about thirty minutes I shared from the depths of my heart concerning what I saw God doing among the body at Living Faith, and in our own family, in leading us into a walk of faith. I spoke of the obstacles to be overcome, and of the spirits of fear and unbelief that were hindering the body from going forward. I also spoke of a Jezebel spirit that was seeking to overturn the governmental order of God that is described in the words, “Christ is the head of man, and man is the head of woman, and God is the head of Christ.”

I was only interrupted one time when the wife of one of the ministers got up from her seat and stood in front of me and said, “You think your words are prophetic, but I tell you they are pathetic!” She hurled these words at me with great venom and then sat down again. In all of this I was given great grace to speak plainly and with an exceptional calmness, then the meeting was turned over for the other ministers to have a time to speak. 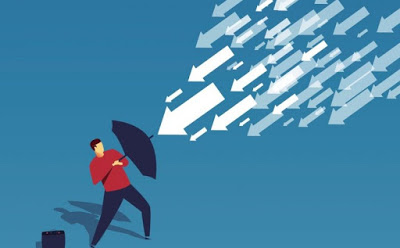 Richard said he considered my words to be “a bunch of crap,” and he then asked the other elders, one by one, to express their thoughts. All concluded that I was wrong and that they could no longer walk with me in ministry. I sat for about an hour as I was stoned by my brothers, and God gave me grace to sit silently and bear it all. Some of the reactions were angry and violent. One man told me three times that he could care less whether I died, that he was only concerned for my family.

Such a reaction was not unlike that which Joseph received from his brothers, for they too acted as though they could care less whether he died, and some expressed a desire to kill him. Yet, I find hope in the rest of Joseph’s story, for eventually Joseph’s brothers’ hearts were changed and they expressed sorrow for the evil things they had done. A day came when they were reconciled to Joseph, and it is my hope that I will also see such a day.

After this meeting I was reminded of the Sunday morning some months before when I was singled out among these same men and told that promotion was coming to me. I did not know that I would first have to experience rejection and demotion, and a removal from fellowship among the saints that had once been so precious to me. I did not know I would have to go a similar path as the son of Jacob, but God in His wisdom knows the best course to prepare all those whom He calls.

It was in much grief that I left this fellowship of believers. I had much hope when God brought us there that the saints at Living Faith would succeed where the last church had failed. The name Living Faith seemed to hold out much promise. After the ministers turned away from a path of faith, and had subsequently cast me out from their midst, I thought of the name of this church and the Spirit reminded me of a verse from Revelation:

Revelation 3:1
He who has the seven Spirits of God and the seven stars, says this: “I know your deeds, that you have a name that you are alive, but you are dead.”

Within a couple years from the time I was put out of my place of ministry, Living Faith underwent further decline. This church had at one time during our period among them about 150 people in attendance, but after I departed it declined to the point where some Sundays would find only fifteen or twenty people in attendance. The ministers also had a falling out with one another and two of them left, leaving only Richard and one other man to minister to a dwindling fellowship.

There are many histories recorded in the Old Testament that bear great resemblance to the experiences we have known at the two churches spoken of in this book. We can read in the Scriptures of many people who were brought to a test of faith, and they failed the test, turning back from a course of obedience. The result was always decline, bondage, judgment upon carnal decisions and actions, and a removal of the cup of blessing that God had desired to pour out upon an individual, or people. It is one more evidence of the unconscious reality that people walk in today that they can witness similar situations being lived out in this hour, and they do not discern that there is a reason that such things occur. They do not perceive God’s hand when that which began with great promise ends in dead works and an absence of spiritual life.

I was not at the end of the painful experiences I would have to go through as God both disciplined me for my covetousness, and prepared me to be used as a vessel of honor in His household. He desired to release a greater anointing for ministry in my life, but He would first have to purge, purify and refine the instrument of His choosing.

From the book Evidence of Things Unseen.