It has been almost two weeks since I have posted a blog, and some have written with concern to inquire if all is well. I am doing very well. I truly appreciate the prayers and concerns of my brothers and sisters. I know that many eagerly anticipate new writings posted to the blog, and I would like to write more often. Yet, I am content that it is the Father’s will that I attend to some other areas of ministry at this time.

I have made much progress in getting ready to produce videos. I have had some new logos designed. 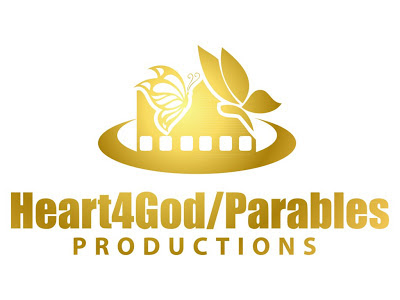 I also have had several animations created to use in the videos. These are primarily intros and outros, to open and close the videos. Following is an example:

I plan on posting videos in both standard definition and high definition to accommodate viewers with various Internet bandwidth speeds. The videos here are in the highest definition allowed on YouTube, which is 1080p. Because they are short they should not take too long to load for those with slower connections, but this resolution would be a problem for some if it was utilized over the length of a longer production.

The intro above will be used for major productions that are 30 minutes, to a couple hours in length. The outro that will be used with these productions is in the next video clip. It is immediately followed by three alternate intros that I plan to use with video blogs and shorter presentations.

There are other preparatory items I have been getting in order and testing out, such as using a small tablet computer as a teleprompter so that I can look directly at the camera as I talk. Having assembled all of the disparate items needed, and tested them out, I am now ready to begin recording videos. It has been wonderful to see the Father guiding in this matter, and providing the resources to put all of this together.

This has not been the only thing I have been spending my time on of late, however. I have continued with the prison newsletter ministry, carrying on a large correspondence with the saints through e-mail, and I have the privilege of co-hosting a younger sister in the Lord who will be arriving tomorrow from the U.K.. Eliana will actually be staying with Sister Veronica in Macon. I will be driving up regularly to meet with the two of them, as well as with Randy Simmons. My daughter Kristin will also be going with me to meet Eliana tomorrow, and they look forward to spending time in fellowship together.

Eliana is just a few years older than Kristin. The Spirit has indicated that Eliana is to spend some time here in Georgia before proceeding on to Mexico where she will be serving Yahshua as a missionary. It is truly a privilege to be able to counsel and encourage one of Yahweh’s children who has fully surrendered to go wherever He says go, and to do whatever He says do. Eliana is not a native Spanish speaker, having been raised in the U.K., and she has no mission organization sending her out, nor like-minded saints awaiting her arrival in Mexico.

It requires much courage and faith to follow the Father into unknown lands and experiences, yet He gives great grace to those who yield their lives wholly to Him. One of my favorite verses is the following:

II Chronicles 16:9
For the eyes of Yahweh move to and fro throughout the earth that He may strongly support those whose heart is completely His.

His grace is revealed in directing Eliana to Georgia first, so she can be strengthened and encouraged through the fellowship of some believers who have similarly surrendered all to follow the Spirit of Christ wherever He leads. She will also get to view firsthand ministry to the homeless and street people here in America.

Sister Veronica is a remarkable woman. She reminds me of Mrs. Valiant, the neighbor of Much Afraid in the book Hinds’ Feet on High Places. It will be a great blessing for Eliana to spend time with Veronica, to observe her life and hear the testimony of how this single, widowed woman has followed the Spirit across America, even to the worst gang-infested neighborhoods of Los Angeles, to minister to the homeless and street people. For about the past two years Sister Veronica has been ministering on the streets of Macon, Georgia, where she is being used of Yahweh to touch many lives.

Although I have not sensed a leading to post new blog entries of late, I am confident that the Father is guiding, and that my time is being spent fruitfully. I would appreciate your prayers for an anointing as I begin to produce videos, and also for great grace to be loosed to Eliana as she takes this tremendous step of leaving her homeland to follow the Spirit into that life He has planned for her. I hope to share more of the testimony of Eliana and Sister Veronica in coming days.

Before I close, I want to share a remarkable video I came across on YouTube. This is NOT one that I produced. It is exceptional, however. As I watched it I was very mindful of the ministry that Randy and Veronica carry out on the streets of Macon. There is a large hospital in Macon that looks very much like the one in the video. Randy and Veronica have carried many people there who were sick, or near death on the streets. Some were in the depths of the delirium tremens, having poisoned their bodies with alcohol. Others were dying of AIDS, or other illness. These two saints have spent long hours sitting in the Emergency Room, waiting to receive word of some poor soul’s condition that the rest of the world took no thought of.

Tears flowed from my eyes as I watched this video, knowing that Yahshua spent His time among prostitutes, alcoholics, and the off-scouring of this world. He went to those the religious people would not lift a finger to help. I am confident that there is a rich reward awaiting those who spend their lives caring for the least, the last, and the lost.