The apostle Paul stated, “I have become all things to all men, that I may by all means save some” (I Corinthians 9:22). The context of Paul’s words was his determination to spread the gospel of Christ Yahshua to as many people as possible. He wanted to reach out to both Jew and Greek, freeman and slave, the weak and the mighty. A modern corollary may be found in the need to reach out to significantly different groups within society today: The middle class and the poor; the prisoner and the free; the young and the old; the technically savvy, and those who shun modern electronics. Reaching out to each of these distinct groups may best be accomplished through the employment of different forms of media. The message of the kingdom of God can be communicated through an array of means today. Over the course of my time engaged in ministry I have found myself utilizing an expanding array of media.

The very first writing I produced was in 1993 on a small, dedicated word processor. This word processor was basically an electric typewriter that held a few lines of text in memory, allowing the typist to review them before they were typed onto paper. My first writing was a short article titled The Work That Refreshes. I produced a few dozen copies and distributed them by hand. At that time I had also spoken in churches from the pulpit, in Sunday School, and in small groups. The Internet had not yet exploded into the popular and ubiquitous phenomenon that it is today. It would be six more years before I produced another writing. 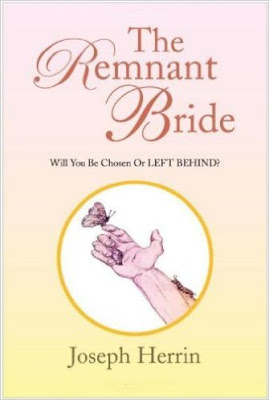 In 1999 the Father led me to write a book. It would be the first of many. That book is titled The Remnant Bride. The Father made it known to me that I was not to pursue the conventional course of publication by seeking out a book publisher, hiring a book agent, or seeking to distribute my writing through Christian book sellers. I was to give the book away free, and the best means to do so was through the Internet. I created the Heart4God website for this purpose.

Around this time I was posting short writings to a prophecy website that was popular and which served as a type of bulletin board allowing numerous people to post. That wasn’t to last long, however, as a pastor of a church in Colorado who also posted to the site complained to the site owner that I was teaching heresy. He recommended that I be blacklisted, and the site owner was swayed by his counsel. Neither men ever reached out to discuss with me the doctrine they took offense at. When I realized I had been blacklisted I reached out to them, but they refused to discuss doctrine with me. The pastor even forbade his church members from having any correspondence with me. I was reminded of a passage from one of John’s epistles.

III John 9-10
I wrote to the church, but Diotrephes, who loves to have the preeminence among them, does not receive us. Therefore, if I come, I will call to mind his deeds which he does, unjustly accusing us with malicious words. And not content with that, he himself does not receive the brethren, and forbids those who wish to, putting them out of the church.

If John, the beloved disciple and one of the original apostles of the church, could be blacklisted in his time, I consider it a small thing for one such as myself who is relatively unknown and without esteem to experience the same today. Sometimes necessity causes us to search out other ways to get things done, and it was partially due to being blacklisted from other sites that I was led to create the Heart4God website in 2000.

By 2004 my website readership was increasing, and I was delighted to be hearing from people all around the world. That is one of the benefits of the Internet. It gives one access to a global audience. Yet, after 4-5 years of full-time ministry through writing I was to be led of the Lord to experience a new phase of my life. It was to be a highly instructional period for me as I laid down the Internet writing ministry to spend 3 years and 3 months at an inner city rescue mission. My time there lasted from December of 2004 until February of 2008. I spent a year serving in the position of Resident Manager in the men’s dorm at the mission, overseeing more than 30 men in an alcohol and drug rehabilitation program. I then spent another two years as a manager of the mission’s thrift store, supervising male residents of the mission who were sent to work there each day.

I had kept the Heart4God website online during the interim, but I posted nothing new to it in that three year period. In February of 2008 the Father led me to leave the mission and return to a ministry of teaching and writing. I was informed by the owner of a website hosting company who had been freely hosting my site that the type of writings I was producing would be a good fit for a blog site. Back in 2008 I didn’t know what a blog site was, but following this man’s advice I looked into the matter and in April of 2008 I began the Parables Blog. The Parables Blog became the place where I posted all my writings as they were being produced and the Heart4God site was used as a repository of all my books, audio messages, and what I consider to be legacy articles. These are teachings which have some enduring value and are profitable for people to be able to read at any time they have an interest in a specific subject.

During the two years in which I worked in the mission’s thrift store I was also conducting Bible teaching weekly in the mission’s chapel. I had a captive audience as all the men in the recovery program were required to attend chapel services. With a return to the Internet I began to receive invitations to speak in various places, always outside the traditional churches. In 2008 I was invited to speak to a small group in Indiana over the course of a week. In 2009 I spent two months traveling the nation and speaking to small groups. In 2010 I made a 4 month trek across the nation covering 11,000 miles, speaking at 15 separate locations, typically for three days of meetings at each place. While speaking at the mission and on these forays across the nation I recorded my messages as audio files and posted them on the audio page of the Heart4God website. 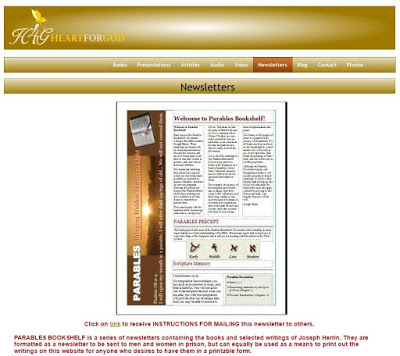 One media format that has proved elusive to me thus far has been video. I have a YouTube account and have posted a few videos. Although they have some spiritual substance to their messages, the production quality of the videos was quite poor as I am not a skilled videographer. My preferred method of communication has always been writing, particularly through book form. I have considered for some time how to take the teachings found in my 22 books and a number of shorter writings and convert them to the medium of video while maintaining quality without an exorbitant investment of time.

The motive behind the creation of videos is the same as that of creating the newsletters. It allows me to reach out to people who wold not normally visit a blog site, or who are reluctant to spend time reading books. A 2014 article in The Atlantic magazine titled The Decline of the American Book Lover cited a trend away from the reading of books among Americans. Over the past few decades, a period in which computers, the Internet, smart phones, tablets, and other media devices have gained a pronounced place in society, the number of people reading books, and the number of books read by individuals in all age brackets, has been declining. 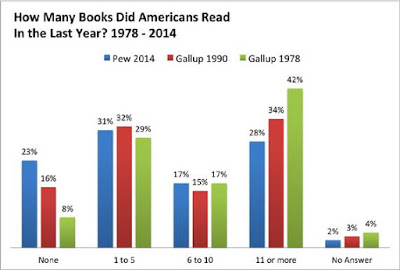 Nearly a quarter of people polled by Pew in 2014 reported not having read a single book. An additional 31% claimed to have read only 1-5 books. Together that equates to more than half of the population. The reasons for the decline are many, but a culture predominated by television, video games, and online videos holds much of the blame for conditioning many people to do something other than read a book. Some people prefer to have a book read to them, rather than to read it themselves, as it allows them to multitask. They can drive and listen, clean house or cook dinner while listening, etc..

After much consideration, I have decided to offer some of my writings as flip books, which is an electronic book format that is both attractive and appealing. I believe it will also translate well to video as it is an animated book form. Once the flip books are created, I can present them on video while narrating them. Screen capture software will allow me to display both the book and, by utilizing a picture in picture option, to display a video in one corner of myself doing the narration. These are relatively easy videos to produce. They provide a polished appearance, and the flip book and screen capture programs offer numerous features which will fit well with some of my more recent books which have numerous embedded videos in them, as well as a large number of images.

I purchased a copy of Flip PDF Professional to convert my PDF books into flip book format. You can see a demonstration of the software at the following link. On pages 16-19 you can view examples of embedded audio and video in the flip books, which is a very nice feature.

(Note: You can use the link at the bottom of the flip book to turn off the page turning sound if you find it distracting.)

I also acquired a copy of Camtasia, a screen capture program that is very robust in its editing and display options. I have found that software like this is significantly less expensive if you purchase a previous release, rather than the most recent edition, and often includes all of the features I would use. I anticipate posting some videos in the next couple weeks and inviting feedback so that I can make any adjustments necessary before proceeding to convert all, or most, of my books to video. I look forward to sharing these with you, and to hearing your thoughts regarding how the presentation might be improved.