Though None Go With Me, Still I Will Follow

You can well imagine that such a complete commitment to doing the Father’s will is a very rare thing in the earth today. Should a man or woman make such a commitment, presenting themselves to God with complete abandonment, they will find that they have few traveling companions. Those who are closest in relation, even father and mother, brother, sister, wife, and son, and daughter will rarely ever have the same commitment. This lack of agreement will lead to separation.

Amos 3:3
Can two walk together, unless they are agreed? 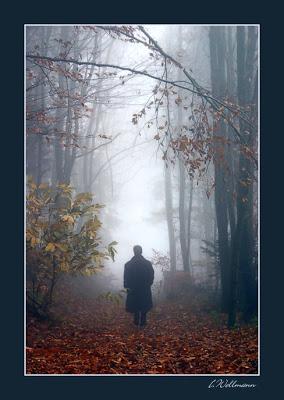 What I want you to understand is that going into the wilderness is a physical metaphor for following Christ. God has spoken through means of this parable throughout the Scriptures.

In the Old Testament we see the Israelites departing from centuries of bondage in Egypt on the night of the first Passover. Having applied the blood of a lamb to the doorposts and lintel of their home, they were passed over by the death angel. That same night they departed from Egypt. Guess where they went? The people of God went into the wilderness where they spent the next forty years.

Look at the pattern here. Passover and the blood of the lamb are types and shadows of salvation through the blood of Christ. When we apply the blood of Christ to our lives we are then expected to surrender to be led of God’s Spirit IMMEDIATELY. The Israelites were commanded to eat the Passover meal with their loins girded, sandals on their feet, and their bags packed. They were to be ready to depart from Egypt immediately.

Few Christians in this generation have ever entered into this immediate surrender, for it is not taught today. Most Christians are fed falsehood that says they can continue to be directed by their own soul, and to seek things for self. They receive a twisted gospel that presents God as someone at their beckon call, rather than the Christian being completely surrendered to Yahweh’s will.

To me, this was like staring at the face of my own death. I knew if I made such a radical, total commitment, that my heavenly Father could require anything and everything of me. He could lead me anywhere, and ask me to do anything. My mind imagined many things that were terrifying.

It should strike a discerning Christian as a travesty that a professing believer in Christ could spend decades of his life avoiding this moment of “counting the cost” of discipleship. It is to be our starting point, but many never give it consideration. Some spend their entire lives evading the issue, engaging in denial that there is anything further required of them as a Christian. Such ones end their lives in spiritual barrenness, bereft of the inheritance that belongs to the overcomers who die daily, and take up the cross. They live a life of strange delusion where they are persuaded that they will have the same reward as those who gave all in their pursuit of the Father’s will.

Between the time I was baptized at the age of ten, and the year 1999, a span of 28 years, I gave obeisance to Yahweh only in part. Much of my attention, indeed the majority of it, was focused upon pursuing things that originated in my soul. It was a merciful thing that the Father did not leave me in this condition, for I would have suffered great loss on that day when I stand before Him.

Self-direction is the condition of all men until they surrender to be led of God. As soon as we surrender, our Father is sure to lead us into a wilderness experience, for this is the path to be trod by all who would arrive at the promised land of their spiritual inheritance. As the Israelites embarked on a wilderness journey on the same night that they applied the blood of the lamb to their doorways, just as surely will the Father lead all who will be led of His Spirit into a wilderness experience.

Because there are so few who have made a full surrender, all true disciples are confronted with a lonely walk. 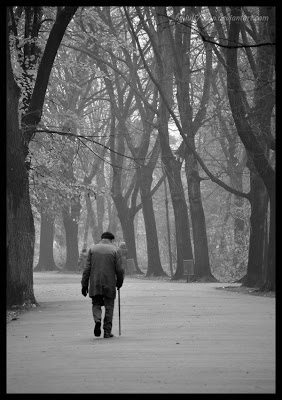 It is a rare thing for more than one member of a household to commit fully to following Christ. Such a statement seems unreasonable to many professing believers, for they can name a great many families in which all, or most, of the members express belief in, and devotion to, Christ. I am not speaking of a confession of Christ, or even a sincere devotion. I am speaking of discipleship, which is a complete surrender. Remember, Christ is the pattern man. How many Christians do you know who are following God into places their soul detests, and which cause their flesh to recoil in terror?

I have shared in numerous writings that there are divisions among the saints. The people of God are compared to a temple built of living stones. The Temple had three sections, the Outer Court, the Holy Place, and the Holy of Holies. Christ spoke of disciples who brought forth 30, 60 and 100 fold. There were three feasts, each associated with a harvest, these being types and shadows of the three resurrections of mankind. I have written of these things in many places, particularly in the books The Remnant Bride, and Christ in You – The Hope of Glory. I encourage you to read them if you do not understand these matters.

Even as a professing believer will find himself divided from the world when He comes to Christ, so too will the saints find themselves being divided from one another. The 30 fold will accept a certain level of commitment, and bear fruit accordingly. The 60 fold will embrace a further more costly obedience which the 30 fold will shrink back from. The 100 fold will cast all over into the hands of the Father. They will be the grain of wheat that falls into the ground and dies and bears much fruit. These will find that the 30 and 60 fold believers will not walk with them into the fiery furnace.

How far do you want to go with the Father? If you require a lot of companions you will not proceed very far as a disciple of Christ. When you demonstrate a willingness to follow Christ into a complete surrender, to let go of all worldly possessions, to walk through any experience no matter how painful, you will find that mother and father and wife and brother and sister and son and daughter and friends will shrink back. If you agree to go only if they go then you will not go far at all.

There is a reason that Yahweh required Abraham, the patriarch and forerunner of His called out people, to take his son Isaac and sacrifice him on an altar unto Him. Abraham is the father of faith. He is a type of those who are pleasing to the Yahweh. All are called to lay their most beloved relatives on an altar. Sometimes God will give them back to us in this lifetime, but not always. We must be content to accept the will of the Father. 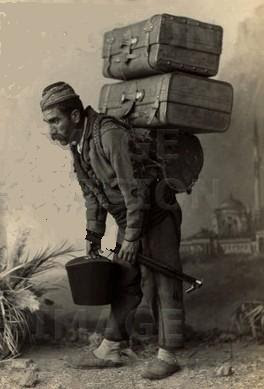 People of God, those who embark upon a wilderness journey must take consideration at the start concerning what they will take with them. It is not possible to carry too much of the world’s goods with us. It is just as necessary to consider WHO will walk with us.

The fully surrendered saint need not initiate any division between himself and others. They need only commit to following Christ wherever He leads. It will soon become apparent who is willing to follow. Some will turn back quickly. Some will go along for a time before halting. Only the smallest remnant will go all the way to stand with the overcomers on Mount Zion.

Jeremiah 3:14
And I will take you one from a city and two from a family, and I will bring you to Zion.

This pattern is once more seen among the Israelites who departed from Egypt. Egypt is a symbol of the world. Out from the world God calls a people. The entire nation went into the wilderness. Yet only two men above the age of twenty entered the promised land. Why? They alone were willing to follow Yahweh when He showed them the giants they would have to face.

This story is very telling. Yahweh was displeased at the complaints of the people. True, there were giants in the land. True, these giants were stronger than the people of God. But God promised the Israelites that He would fight for them, and Yahweh is bigger by far than the greatest giant. Only two men reckoned on Yahweh fighting for them.

Joshua and Caleb were not disqualified by the unbelief and complaint of the rest of the nation. Their entry into the land was delayed, but God spared their lives when all others from their generation perished. No wilderness survival manual could be complete without pointing out the reason for their continuance. Their experiences were written for the benefit of today’s saints, upon whom the end of the ages have come (I Corinthians 10:11).

Joshua and Caleb were willing to follow Yahweh where others refused to follow. They spoke words of faith where others spoke words of unbelief and complaint against God. Joshua and Caleb honored Yahweh by their obedience and their words. They did not shrink back from the challenges to which Yahweh led them. These two men survived the wilderness because they loved not their lives even unto the death, and they considered Yahweh faithful who had given them the promise.

If you would survive your own wilderness experience you must be committed to following God even if no others go with you. You must not falter in obedience to God because others are unwilling to face the giants in the land. Though all others should refuse to go with you, you must set your face as flint to do all the will of Yahweh.

Those who died in the wilderness had lots of companions. Those who made it through did not.