With Malice and Forethought 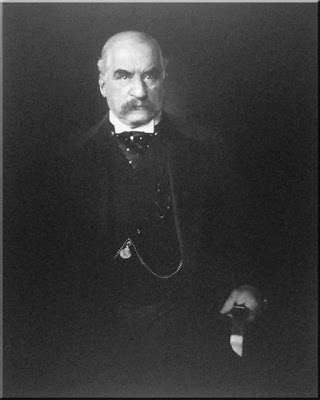 Paul Warburg
Paul Warburg is not only responsible for the planning of the Federal Reserve, he also founded the Council on Foreign Relations. This “Think Tank” was fully embraced by the government as far back as Harry Truman’s presidency, and most of the recent presidents have been active members. To understand the goals of the Council on Foreign Relations, the statement of Paul Warburg’s son, James Paul Warburg, given before the United States Senate on February 17, 1950 will shed much light.
We shall have World Government, whether or not we like it. The only question is whether World Government will be achieved by conquest or consent.
Henry Kissinger is perhaps one of the most well known members of the CFR. His views on a one world government are well known.
[The New World Order] cannot happen without U.S. participation, as we are the most significant single component. Yes, there will be a New World Order, and it will force the United States to change it’s perceptions.
[Source: Henry Kissinger, World Affairs Council Press Conference, Regent Beverly Wilshire Hotel, April 19th 1994] 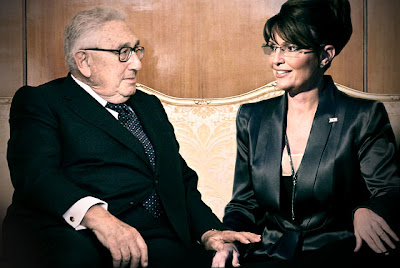 The surrender of America to a New World Order will not come about without violence. Tremendous crises must be created in order to move the American public to a place where they will surrender their liberty and independence in exchange for a promise of “peace and safety.”
Today, America would be outraged if U.N. troops entered Los Angeles to restore order [referring to the 1991 LA Riot]. Tomorrow they will be grateful! This is especially true if they were told that there were an outside threat from beyond, whether real or promulgated, that threatened our very existence. It is then that all peoples of the world will plead to deliver them from this evil. The one thing every man fears is the unknown. When presented with this scenario, individual rights will be willingly relinquished for the guarantee of their well-being granted to them by the World Government.
[Source: Dr. Henry Kissinger, CFR Member, Bilderberger Conference, Evians, France, 1991]
People of God, this is where we currently are. The plans of the enemy are well advanced. The consolidation of all banking, government and religion is well underway. A greater control is being exerted over the population. Freedoms are being surrendered one by one as external threats of terrorism and fears of economic collapse are whipped up by the media. The government is expecting great civil disobedience at some point in the near future, and has already planned for it. Troops are stationed on American soil and detention centers are already established. A collapse of the economy is inevitable, and it will lead to a sudden implementation of many of the goals of these men who are being guided by the hand of Satan.
Despite all the fear mongering about how necessary it was to pass the recent bailout package, a bill that ballooned overnight from 4 pages to over 500 pages, and which was rushed through so quickly that Congress did not have time to even read it, the banking system has not been saved, nor has economic collapse been averted. What was accomplished has been compared to the economic equivalent of the Patriot Act. Massive power has been given to the Federal Reserve and the Treasury Secretary. Preventing the collapse of banking, or the assistance of the American taxpayer was never the goal in mind. All is designed to bring about the goals of the NWO.
Today’s headlines read, U.S. Bank Failures Expected to Rise. Isn’t that what the Treasury Secretary, the President, and others said they were averting with this massive bailout? Those who believed what the media was selling them were deceived. There are a growing number of people who are seeing the handwriting on the wall.
Many people are advocating civil disobedience in response to the growing threat of the complete collapse of America as they have known it. It is to be expected that non-Christians would respond this way, for all they have is the kingdom of this world. It is their home. But as Christians, we are citizens of a heavenly kingdom. We are aliens and strangers here. Our response should not be to try to defend worldly governments or institutions. We are to seek first the kingdom of God and His righteousness.
As I mentioned at the beginning of this blog, God has a purpose of His own in all that is transpiring. He is seeking to purify His people; to shake them loose from the embrace of the world. This will indeed require a great shaking for many. All who would follow the Lord must let go of the things of this world. They must make Christ their focus.
The coming days will be very fearful for many, but those who have made the Lord their refuge and strong tower need no fear. Those who have been pursuing prosperity rather than the will of God will be unprepared. My prayer is for mercy to be extended to multitudes, that they might repent of their error and begin to submit themselves to the Lord.
Following is a video that I would recommend to those who want to understand better what is coming. It is Aaron Russo’s America – Freedom to Fascism. It does a good job of telling the story of what has happened, and what is coming, but the advice given at the end of the video to engage in civil disobedience is wrong minded. The video is about an hour and a half in length, but for those to whom these things shared in this blog are strange and new ideas, it would be helpful to see the many news clips and testimonies in order to discern the day we live in.
http://youtu.be/uNNeVu8wUak
People of God, it is not a time to fear. Out of the coming turmoil the church will come forth in radiance. Her soiled garments will be replaced with robes of righteousness. A pure devotion to Christ will replace the double minded condition that exists today. Babylon will be cast down and Zion will arise. There will be great opportunities to minister to the needs of others, as well as to proclaim the gospel of the kingdom.
After the apostle John received the witness of all the things that were coming upon the earth, many of them devastating, he concluded with these words:
Revelation 22:17, 20
The Spirit and the bride say, “Come.” And let the one who hears say, “Come.” And let the one who is thirsty come; let the one who wishes take the water of life without cost… He who testifies to these things says, “Yes, I am coming quickly.” Amen. Come, Lord Yahshua.