Would Jesus Press the Snooze Button? 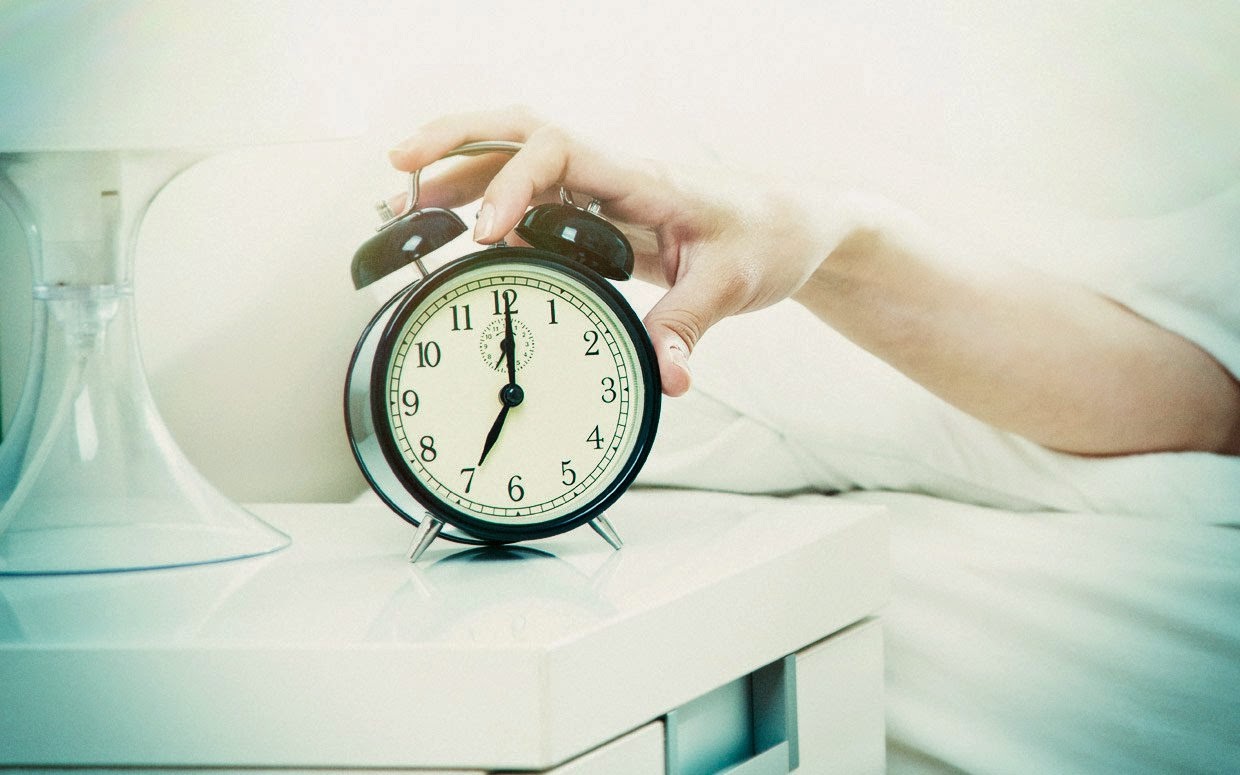 I have found one benefit of having a young brother in Christ stay with me at this time is that there are many opportunities to discuss diverse subjects relating to discipleship and our daily walk in this world. Recently, Nicholas and I have had a number of discussions about Christians’ tendency to compartmentalize their lives. Christians tend to seek to know the mind and will of God in certain areas of their lives while neglecting to seek Yahweh’s mind in a myriad of other areas. We have all been guilty of this. I have found that discovering the multitude of ways in which our lives have been affected by a Satanic world system, and the ubiquitous influence of the sinful flesh, is a task that can last a lifetime.

Nicholas had observed a Christian man at church discussing the need to surrender to the will of God regarding the clothes we wear. What the man shared was good and insightful. It represented a proper attitude toward God in this very significant aspect of our daily lives. Many of the people in this area, including those who attend the church Nicholas is now in fellowship with, come from a Mennonite background. They are traditionally conservative when it comes to matters of personal appearance. Yet, these same people often neglect to bring the same level of spiritual scrutiny to other areas of life that are equally important. The result is a disparate mixture of soulish actions and spiritual actions. I shared with Nicholas that we all have areas yet to be discovered in our lives in which have not given proper thought to the will of God. There are things we do out of habit, or through the influence of the culture we have been raised in, where we have not considered whether these behaviors are pleasing to the Father and in accordance with the will of His Spirit.

Some time back I made mention of one of these often overlooked aspects of human behavior. This occurred when I first posted a number of my writings in e-book format on Amazon’s website. I noted how common it is for people to put a price on the items they are selling that falls just short of a round dollar figure. For example, someone may price their books for sale at $9.99 each, or a store may advertise merchandise for sale for $1.95. If we are not prone to thoughtful reflection and fail to deliberate over our actions, we may never have considered why it is the near universal practice of merchants and individuals everywhere to price their wares in this manner. Why not sell the $9.99 book for $10.00? Why not price the item on the store shelf at $2.00 rather than $1.95?

The reason, of course, has to do with perception. A product priced at $9.99 has an appearance of being under the threshold price of $10 dollars. The mind sees the number 9 and forms an impression of it being significantly less than the number 10. Yet, in truth, there is only a one penny difference between the items priced for $9.99 and $10.00. It would be more convenient to simply charge the round figure of $10.00, thus eliminating the need to make change (taxes not included). However, merchants assiduously avoid round numbers, for they want to give the appearance of people receiving a bargain. Ultimately, they are practicing a subtle form of deception and manipulation. 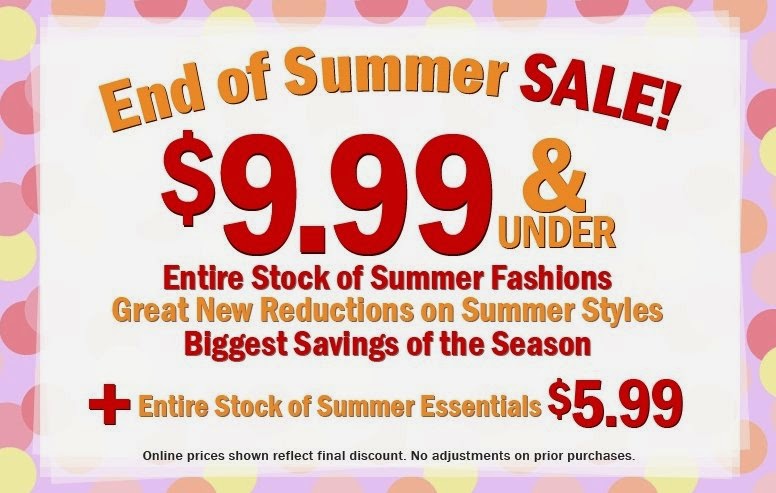 It is contrary to the character of Yahweh to practice deception and manipulation. If Christ were a merchant, I do not believe He would follow the pattern of the world by marking prices one penny under the nearest dollar. I believe He would sell an item worth $10 for $10. He would not attempt to con someone into thinking they were getting a substantially lower price by marking His merchandise at $9.99.

Perhaps you have never given thought to this matter. Maybe you have sold items yourself and followed the worldly model of merchandising. It is very easy to do such things without even realizing that we are participating in behavior that is contrary to the Spirit of Christ. It may seem a small, inconsequential matter to us. We may imagine that it is unnecessary to even ask whether the Lord has an opinion in such matters. Yet, it is the will of our Father that we bring ALL THINGS in our life under submission to the will of His Holy Spirit. This requires that we become much more aware of everything we do. We must live contemplative and deliberate lives where we are constantly abiding in Christ and surrendering everything we do to the leading of the Spirit who indwells us. We must break free of the trap of surrendering some areas of our lives to God, while failing to bring vast areas of our daily lives under His purview. We must invite Him to make us aware of all areas of our lives that are at variance from His nature and will.

Last night before going to bed Nicholas was discussing what time he ought to get up this morning. He gave deliberate thought to the matter, allowing enough time to shower, prepare his lunch, eat breakfast, and spend some devotional time with the Lord. He determined what he thought would be a good time to arise and set his alarm clock. This morning he was sleeping soundly when the alarm went off. It took him some time to realize the alarm was sounding, but finally he roused himself and turned the alarm off. The beds are arranged adjacent to one another in my bus/motorhome, so there is little privacy. It is sort of like living in a dorm with other people. I noticed Nicholas did not get up at the time he had determined to be beneficial. Instead, he chose to reset his alarm. Fifteen minutes later it went off again. He was a little quicker to turn it off this time, but he still did not get up. He hit the snooze button. Five minutes later the alarm sounded for the third time.

When Yahweh led me to invite Nicholas to come live with me for a season, I understood that God had greater purposes than merely using me to provide shelter and accommodation for a young brother in need. Nicholas and I have known one another for about three years. We have a father/son relationship in the Lord. I anticipated that our time together would afford opportunity for a greater degree of discipleship training. The Father would have me to serve as a spiritual father to Nicholas. I have prayed for Yahweh’s wisdom, guidance, and strength to fulfill this role in a manner that is pleasing to Him. 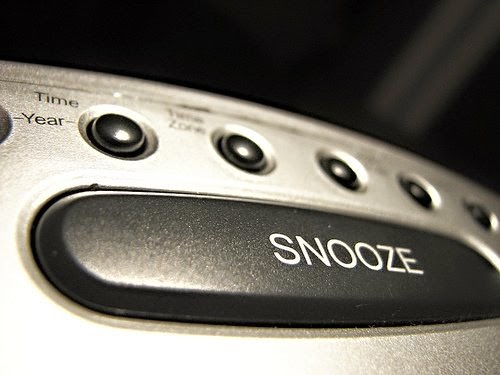 This morning when I observed Nicholas delaying his time to get out of bed, I perceived an opportunity for a spiritual lesson. Over breakfast I announced to Nicholas that I wanted to share a discipleship moment with him. I began by asking him whether he thought in the age to come, when Christ has established His rule over all the earth, whether there will be snooze buttons on alarm clocks. I then asked him to explain his answer.

The Scriptures declare that God is at work in us (those who are disciples of His Son) with the goal of conforming us to Yahshua’s image (Romans 8:29). It is His will that we should arrive at the perfect image of Christ.

Ephesians 4:13
Until we all attain to the unity of the faith, and of the knowledge of the Son of God, to a mature man, to the measure of the stature which belongs to the fulness of Christ.

In order to become “mature” spiritual men and women, and to arrive at the full measure of Christ’s own stature, we must become perfect in all our ways. Things that seem small matters in the eyes of the world, and in the eyes of those who are carnal, take on a different aspect to spiritual men and women. In this post I have mentioned two examples where Christians frequently conform themselves to the ways of a fallen world system under the rule of Satan. Christ came to set us free. He has transferred us from the kingdom of darkness to the kingdom of light, and from the kingdom of this world to the kingdom of heaven.

There is a profound matter underlying both of the examples I have mentioned. In a myriad of ways we have been inculcated to adopt behaviors that are all around us in this sinful world under the dominion of the prince of the power of the air. It is the will of Yahweh that we break free from the influence and behavior of sin. It is His will that we crucify the flesh in order that we might walk as spiritual people in this world. We are aliens and strangers here, and we should live in an alien manner.

No doubt, many who read this blog would be shocked to perceive how many behaviors they participate in daily that are Satanic in origin, rather than springing forth from the mind and thought of Christ. The transformation from the fleshly, selfish, sinful people we were when Christ first called us to Himself, to the fulness of the stature that belongs to Christ, is radical. It is as remarkable as the metamorphosis of a caterpillar into a butterfly. Yahweh is at work in us to produce entirely new creatures that bear no resemblance to that which we were before the Spirit of His Son entered our lives.

I invite you to ask your heavenly Father to begin to make you aware of every action, word, and decision you make, revealing anything that is a departure from His will. I encourage you to pray and ask Him to open your eyes to see as He sees, and to give you the strength to walk as a spiritual creation in this world. What you begin to see will astonish you.

I will close by making mention of Nicholas’ response to what we spoke about over breakfast this morning. If you read the preceding post, you may already anticipate his reaction. He said, “Thank you Papa Joseph, for helping me to see something I had not thought about before.”