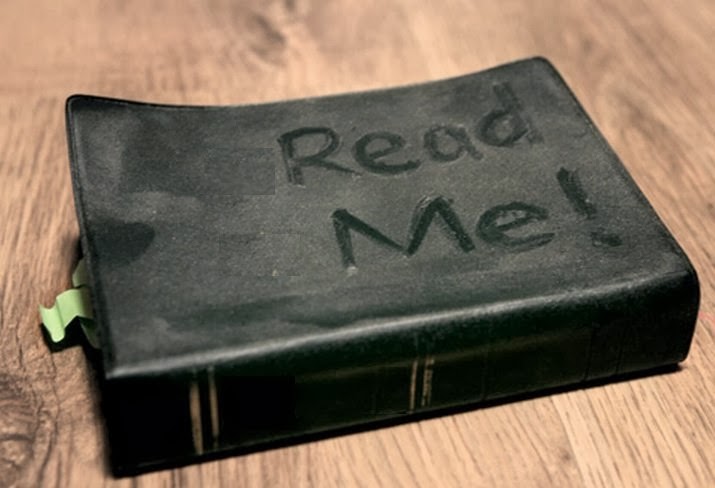 In 2013 the American Bible Society commissioned the Barna Group to conduct a survey. The focus of the survey was American’s attitudes and actions relating to the Bible. The results were published under the title The State of the Bible, 2013. The report reveals a tremendous disparity between what people say, and what they actually do, when it comes to the Bible. For example, although 88% of American adults reported that their household contained a Bible, and on average there were 4.4 Bibles per household, only half of those surveyed were characterized as Bible readers. This designation was itself rather generous considering that among the 50% of American adults characterized as Bible readers, 9% said they read the bible no more than 3 to 4 times a year, and an additional 7% read it on average once a month.

The Barna Group survey reported that 47% of Americans STRONGLY AGREE that the Bible contains EVERYTHING a person needs to know to live a meaningful life. Additionally, more than half of adults (56%) believe the Bible has too little influence in U.S. society today. Nevertheless, only 13% of those surveyed said they read the Bible daily. Another 20% stated that they are weekly Bible readers.

It may sound impressive to hear that a full third of American adults read their Bibles either daily, or weekly, but it should be kept in mind that among religiously minded people there is a tendency to dramatically overstate their actual participation in spiritual activity. As a case in point, among those deemed to be “Bible readers,” the survey reported that 13% could not identify the Bible version they read and 39% (more than a third) of those who identified themselves as practicing Protestants could not name the first five books of the Bible. The survey also reported that 58% of Americans wrongly thought that John the Baptist was one of the twelve apostles. (Protestants did no better than Catholics on this question.) These facts reveal a very low level of familiarity with the Scriptures among a significant number of people identified as Bible readers.

Not surprisingly, the survey reported that the number one frustration relating to the Bible was not having enough time to read it. The complete survey can be viewed at the following link.

As I reflected upon the results of this survey I was reminded of the following words of Christ.

Matthew 6:21
“For where your treasure is, there will your heart be also.”

If you want to know the true value a person places upon something, do not listen to their claims, instead observe their actions. The person making the loudest and boldest declaration of their love and reverence for the Bible may in fact spend very little time reading and meditating upon the Scriptures. Yahweh sees beyond the boasting of man’s speech. As the saying goes, “The road to hell is paved with good intentions.” Intentions are not actions.

When Christ addressed the churches of Asia Minor in the opening chapters of Revelation, He began His comments with the repeated statement, “I know your deeds.”

Revelation 2:1-2
To the angel of the church in Ephesus write… “I know your deeds…”

Revelation 2:18-19
“And to the angel of the church in Thyatira write… “I know your deeds…”

Revelation 3:1
And to the angel of the church in Sardis write… “I know your deeds…”

Revelation 3:7-8
And to the angel of the church in Philadelphia write… “I know your deeds.”

Revelation 3:14-15
And to the angel of the church in Laodicea write… “I know your deeds…”

Some years back an e-mail began circulating that posed the question, “What if we began to treat our Bibles the way we treat our cell phones?” This was followed by additional questions. 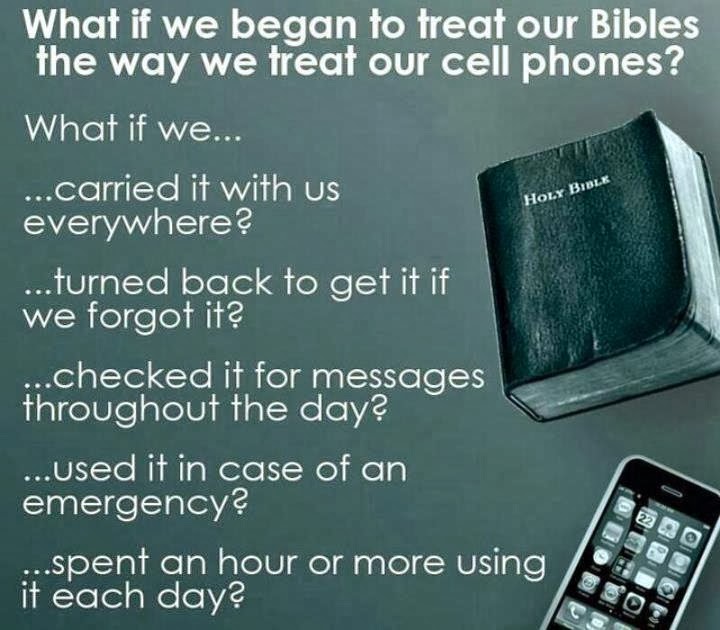 Like the cell phone, the Bible is a communication device. It is called “the word of God” for good reason. The Bible is one of the chief instruments Yahweh uses to speak to His people. Much is revealed as a person compares their behavior regarding their cell phone and that regarding their Bible.

Recognizing that a cell phone allows an individual to stay in communication with other people, and the Bible assists them in staying in touch with God, which one do you grab before you go out the door in the morning? If you have previously experienced God speaking to you through the pages of Scriptures, would you not want to check the Bible often to see if Yahweh has some new message for you? Are not Yahweh’s messages more important than those received from friends, family, and other people?

When was the last time you received a word from the Father as you read the Bible? When was the last time you received new revelation when meditating upon a passage of Scripture? When did you last sense your heavenly Father speaking as the Bible was opened before you? Is it possible that there is a correlation between the time you spend in the word of God and the frequency with which you hear His voice?

Have you ever heard God speak something to you that you did not want to hear, or hear Him give you some direction you did not want to obey, so you tuned Him out? Do you avoid reading the Bible because it might lead to conviction that God wants to change things in your life? I admit that I am at times prone to silencing my phone when someone calls me and I do not want to talk to them at the moment. Have you considered that an absence of Bible reading is man’s way of silencing God’s voice? It is like setting your cell phone to mute. 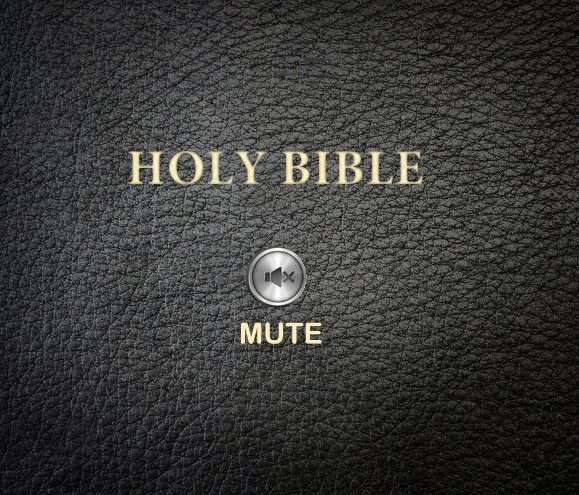 There can be no more effective way to mute the voice of the Holy Spirit in the Bible than to not read it. Leave the Bible on the shelf to collect dust and it will speak to no one.

One attribute of those whom the Father has used in spiritually powerful ways is that they meditated regularly on the words of God recorded in Scripture.

The apostle Paul gave the following wise encouragement and counsel to Timothy.

II Timothy 3:14-17
But as for you, continue in what you have learned and have firmly believed, knowing from whom you learned it and how from childhood you have been acquainted with the sacred writings, which are able to make you wise for salvation through faith in Christ Yahshua. All Scripture is inspired by God and profitable for teaching, for reproof, for correction, and for training in righteousness, that the man of God may be complete, equipped for every good work

Paul himself remained an avid student of the Scriptures until the end of his life. In the same letter, Paul instructed Timothy to bring him the Scriptures he had left in Troas.

II Timothy 4:13
When you come bring the cloak which I left at Troas with Carpus, and the books, especially the parchments.

Seeing that the Bible holds so much potential for advancement to spiritual maturity and understanding of the ways of God, should Christians not clamor out for it as if it were a great and valued treasure? A recent phenomenon has been observed as people line up outside of stores selling the latest iPhone or Android based smart phone. Some camp out for days in anticipation of a new model phone being released. What if people showed the same enthusiasm for purchasing a new Bible? What if crowds clamored with outstretched hands, pleading to be given a copy of the word of God? 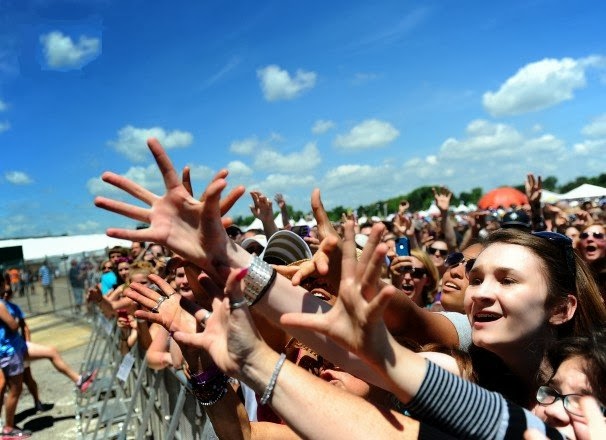 I began this teaching series by sharing about my delight and excitement at having received my first Bible in my youth. That little, brown, leather bound KJV Bible was treasured by me. I always knew where it was at. I carried it with me more than any other possession I owned at the time. I read it often and considered myself fortunate to have received such a valuable and useful gift.

When in recent years I was twice put in jail my great desire was to have a copy of the Scriptures to read as I spent 20 hours a day in a cell. When the Father led me through many distressing experiences, fears, and trials, beginning in 1999 and continuing for a period of years, my prize possession was my Bible. In it I sought comfort, encouragement, strength, wisdom, and direction. Through many wilderness journeys I have kept Yahweh’s Book close at hand. It is the nearest tangible connection I have to the One who created me. It is a book I have loved and treasured from my youth and I continue to treasure it to this day. It is my prayer that you might as well.