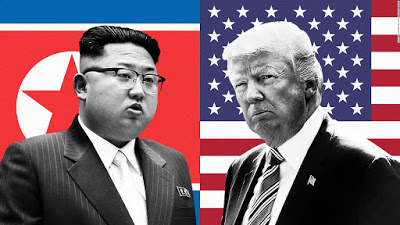 Why is it that President Trump has to go against North Korea now? Why does this little country bother him so much? It takes up such a small space on the map. 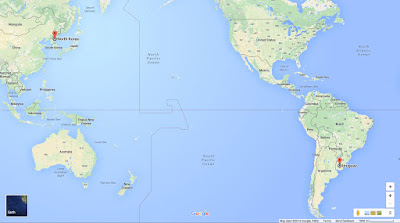 North Korea is such a minor little country. It cannot effect America in any great measure. It must have something that America does not have. Indeed it does. It has control of its people. America cannot tell them what to do. That is why the United States and her President are now demanding what North Korea must do. America will show them what happens to a country that defies the voice of her President.

Already the vast majority of the world has a Rothschild central bank. If you look into it, the Federal Reserve Bank of the United States is the private bank that was brought in to control the United States in 1913. A good book to read on this subject is The Creature From Jekyll Island. Since then the Rothschild banks have been taking over a larger portion of the sovereign nations of the world’s banking. There are only four nations that do not yet have Rothschild banks.

To look at how things have been going just look at the list of Rothschild central banks.

“I care not what puppet is placed upon the throne of England to rule the Empire on which the sun never sets. The man who controls Britain’s money supply controls the British Empire, and I control the British money supply.”
[Source: Nathan Mayer Rothschild: 1815]

In 2000 the following 8 countries did not have a Rothschild bank.

Afghanistan, Iraq, Sudan and Libya have all suffered attack by the U.N and the U.S.A. since 2000. They were all defeated. Now look at the list and you will see that they have a Rothschild central bank. That leaves four countries that do not have a Rothschild central bank. One of the countries is under attack already (Syria), and the others will not be far behind. We are entering the end game for the one world Rothschild bank. Just 4 countries remain. How many is the U.S.A. calling names, and itching to go to war with? All of them.

Why is the United States the central country that takes all the other countries to war? It is because the United States has been the Illuminati’s war machine. She is the last superpower. She spends more on military than the next 8 richest countries combined.

There are three places where the Illuminati have a leg of their Triad. The money is in The City Of London. The religion is in Rome (The Vatican). The military is in Washington D.C.. There are special legal institutions in each place. These cities are not under the laws of the nations in which they are found. In The City of London, not to be confused with London, there are the following.

The City of London houses

Rothschild controlled ‘Bank of England’
Lloyds of London
The London Stock Exchange
All British Banks
The Branch offices of 384 Foreign Banks
70 USA Banks
Fleet Streets Newspaper and Publishing Monopolies
Headquarters for Worldwide Freemasonry
Headquarters for the worldwide money cartel known as ’THE CROWN’
The City of London is controlled by the Bank of England, a private corporation owned by the Rothschild family after Nathan Rothschild crashed the English stock market in 1812 and took control of the Bank of England. 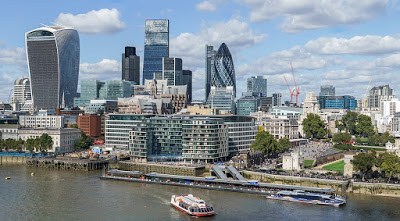 
City of London directly and indirectly controls all mayors, councils, regional councils, multi-national and trans-national banks, corporations, judicial systems (through Old Bailey, Temple Bar and the Royal Courts of Justice in London), the IMF, World Bank, Vatican Bank (through N. M. Rothschild & Sons London Italian subsidiary Torlonia), European Central Bank, United States Federal Reserve (which is privately owned and secretly controlled by eight British-controlled shareholding banks), the Bank for International Settlements in Switzerland (which is also British-controlled and oversees all of the Reserve Banks around the world including our own) and the European Union and the United Nations Organization.  The Crown controls the global financial system and runs the governments of all Commonwealth countries, and many non-Commonwealth ‘Western’ nations as well (like Greece). The Crown traces back to the Vatican, which is headed by the Pope (who owns American Express)  In essence the City of London Corporation would become the “One World Earth Corporation” and would privately own the world.
[http://www.sinhalanet.net/three-corporations-run-the-world-city-of-london-washington-dc-and-vatican-city]

The Vatican City is not part of Italy or Rome. The Vatican is the last true remnant of the Roman Empire. The State of Israel is also said to be a Roman outpost. The Vatican’s wealth includes investments with the Rothschilds in Britain, France and US and with oil and weapons corporations as well. The Vatican’s billions are said to be in Rothschild controlled ‘Bank of England’ and US Federal Reserve Bank. The money possessed by the Vatican is more than banks, corporations or even some Governments and questions why the wealth is not used to elevate at least the Christian poor when it preaches about giving?

Vatican wealth has been accumulated over the centuries by taxing indulgences, some Popes have sold tickets to heaven. Today, they are harvesting souls in Asia as a 3rd millennium goal.


Together the 3 Cities have under their wing various societies and groups placed globally with their own so that no one contests their global plan and those that do …well all the assassinations will explain what happens.
[http://www.sinhalanet.net/three-corporations-run-the-world-city-of-london-washington-dc-and-vatican-city]

Washington DC is not part of the USA. District of Columbia is located on 10sq miles of land. DC has its own flag and own independent constitution. This constitution operates under a tyrannical Roman law known as Lex Fori. DC constitution has nothing to do with the American Constitution. The Act of 1871 passed by Congress created a separate corporation known as THE UNITED STATES & corporate government for the District of Columbia. Thus DC acts as a Corporation through the Act. The flag of Washington’s District of Columbia has 3 red stars (the 3 stars denoting DC, Vatican City and City of London).
[http://www.sinhalanet.net/three-corporations-run-the-world-city-of-london-washington-dc-and-vatican-city] 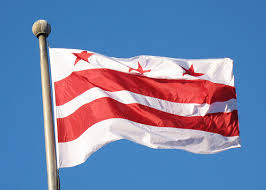 It is this corporation, which controls the vast majority of global corporations, that truly rules the world. The U.S.A. has not had free national elections in many years. Donald Trump was chosen by this corporation, as was Barack Obama, William Jefferson Clinton, George Bush, etc..

You are not taught about this corporation in school. Guess who owns the corporations that print the history books. You are also taught that men landed on the moon and returned back to the earth. You are taught that all life came from evolution. You are taught the version of history that the corporation desires for you to believe, namely that America is the land of opportunity and the home of the free. Despite this, America has more men and women in prison than any other country. Most of them are there because of drugs. The drugs are in America because of the CIA. 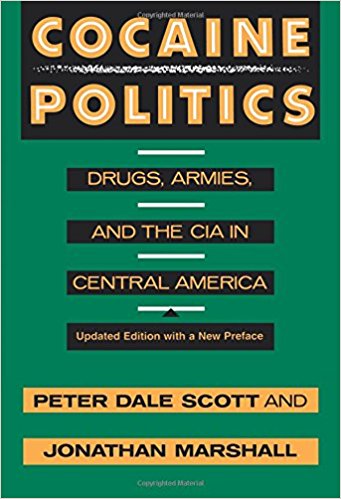 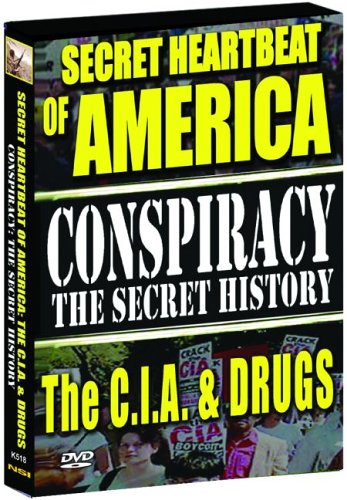 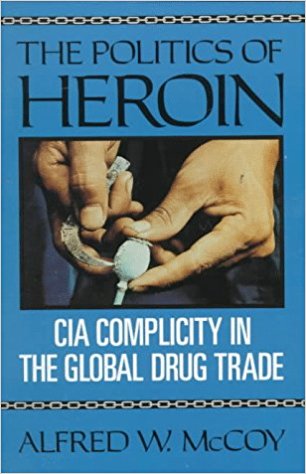 The corporation teaches a version of history that deceives the people. There is good reason for this. Satan is the great deceiver who deceives the whole world.

Revelation 20:2-3
And he laid hold of the dragon, the serpent of old, who is the devil and Satan, and bound him for a thousand years; and he threw him into the abyss, and shut it and sealed it over him, so that he would not deceive the nations any longer.

Satan is not about to tell you that North Korea is the next country on the Rothschild bank list. He desires to take control of all nations, and then to terminate as many men as possible. It says so in the Bible. 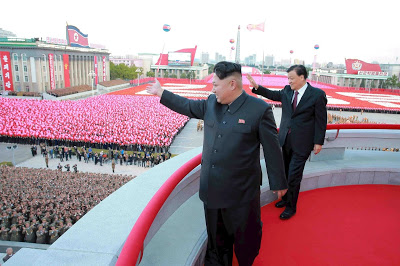 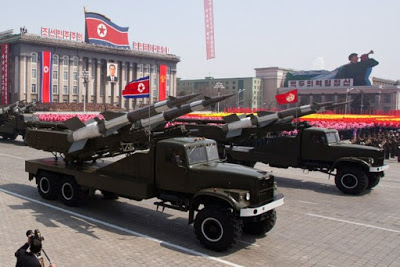 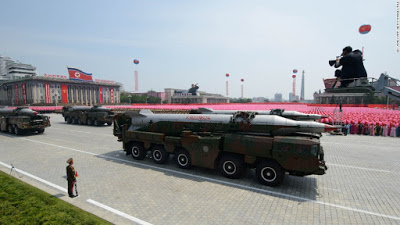 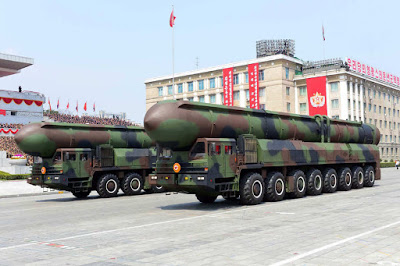 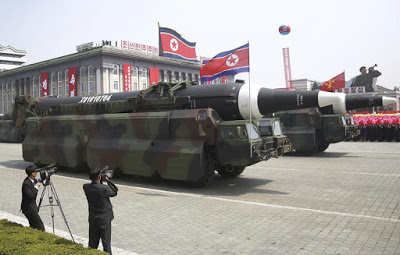 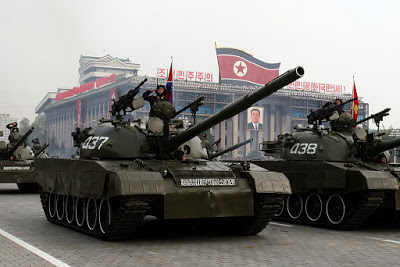 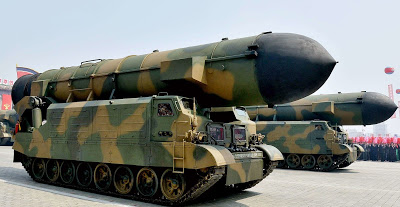 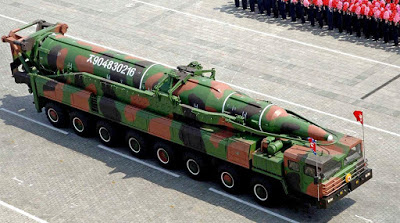 Why is Trump threatening North Korea? It is the next nation to be stomped on. There are four nations left and the end is near.