17 Killed in Mass Shooting at High School in Parkland, Florida

Another shooting. The question for Americans is whom should they place the blame on? They are given no time to consider for the corporate media is quick to tell them. They are told via the corporate media to place the blame upon gun laws that allowed Nikolas Cruz, a 19 year old, mentally handicapped, youth to purchase an AR-15 style assault weapon. Mr. Cruz is stated to be mentally handicapped, a truth that is made evident by his casual slaughter of students and teachers at the High School, and his undisturbed appearance at his arrest. Of course he is not the one who shot the students. The true shooter was a professional who works for the government and who is hidden by the media.

Let us look at a few aspects of this shooting which tell the truth. Nikolas Cruz is said to have escaped the scene by ditching his gun and vest and mixing in with the High School students.

He eventually discarded the rifle, a vest and ammunition in a stairwell, blended in with fleeing students and got away, the authorities said.
[https://www.nytimes.com/2018/02/15/us/florida-shooting.html]

After leaving the school it was as if he forgot about what he had just done and he went and visited a store and some restaurants. Then he went on a walk through a residential neighborhood where he was subsequently arrested.

After leaving the school, Mr. Cruz walked to a Walmart, and bought a drink at a Subway. He also stopped at a McDonald’s. He was arrested by the police without incident as he walked down a residential street at 3:41 p.m.


“He looked like a typical high school student, and for a quick moment I thought, could this be the person who I need to stop?” said Officer Michael Leonard.
[https://www.nytimes.com/2018/02/15/us/florida-shooting.html] 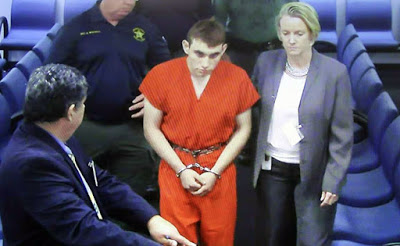 For a mentally disturbed person this 19 year old acted both extremely savvy and ridiculously obtuse. Why discard the rifle, vest, and ammunition if you are going to go to a Walmart, a Subway, and a McDonalds, and then walk through a neighborhood like a normal High School student? Plus, none of the students at the school recognized him, and every person that had a chance to see him was killed. The long and short of it was that this 19 year old man they arrested was not the shooter. He was merely a good patsy for this latest shooting in America. It is not the first time a mentally disturbed person was chosen for the scapegoat in a shooting. 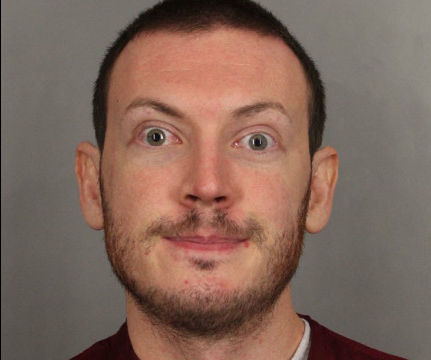 James Holmes was a similar person. Despite the fact that many people in the theater said they saw multiple shooters, the police arrested this guy who was left outside the emergency exit of the theater.

Another thing is that the High School students are being trotted out as anti-gun advocates. This is again in keeping with the political will of those who have been calling for further restrictions upon gun rights. As a Christian I have no personal ambitions for guns. I am aware of the Scripture that states, “Put your sword back into its place; for all those who take up the sword shall perish by the sword” (Matthew 26:52).

For those who are interested, I have a series of three teachings on the Christians attitude toward weapons. They are:

Gun Ownership and the Mind of Christ
https://heart4god.ws/wordpress/2013/01/gun-ownership-and-mind-of-christ.html


Waco, Texas and The Weapons of Our Warfare
https://heart4god.ws/wordpress/2013/01/waco-texas-and-weapons-of-our-warfare.html

Another telltale sign concerning this event is that the supposed shooter’s mother died this past year. As a result he was staying with a family by the name of the Snead’s. The papers reported the following.

On Wednesday, Mr. Cruz and the Sneads’ son were texting until 2:18 p.m., Mr. Lewis said — about five minutes before the first 911 calls about the shooting. “But there was nothing crazy in the texts,” Mr. Lewis said.

So, five minutes before the shooting Nikolas Cruz, the supposed shooter, is carrying on normal text
with his friend. The conversation is said to be normal. There is no mention of guns, or shooting, or anger. The news has the following statement by the Snead family.

The Sneads said that Cruz seemed depressed, but they did not sense, as others have said, that Cruz was someone likely to be a school shooter.


“Everything everybody seems to know, we didn’t know,” James Snead told the Sun Sentinel. “It’s as simple as that.”


When Cruz moved into their home they had to teach him basic needs, including how to cook, use the microwave, do laundry and pick up after himself, the Sneads said…


The Sneads allowed Cruz to bring his firearms into the home, but they made him buy a locking gun safe, they told the Sun Sentinel. James Snead thought he had the only key to the safe, but he now believes Cruz kept one for himself, he told the paper.


They said they told Cruz he needed to ask permission to take out the guns.


“This family did what they thought was right, which was take in a troubled kid and try to help him, and that doesn’t mean he can’t bring his stuff into their house,” Lewis, their attorney, told CNN.


“They had it locked up and believed that that was going to be sufficient, that there wasn’t going to be a problem,” Lewis added. “Nobody saw this kind of aggression or motive in this kid, that he would ever do anything like this.”
[https://www.cnn.com/2018/02/18/us/florida-shooting-cruz-family/index.html] 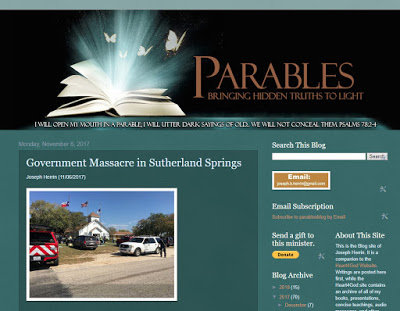 Finally, the comments of Sheriff Israel when talking about the shooting is a plea for the ability to detain (arrest) people over social media posts. They want to give the people into the hands of psychiatrists who will determine their ability to be out in public.

Consequently, what you have seen in Parkland, Florida is another government frame-up of a low IQ person. The government, with the assistance of the mainstream media, is deceiving the people. It is my hope that you will walk with your eyes open, knowing that we have an adversary who deceives the people of the whole world.

Revelation 12:9
So the great dragon was cast out, that serpent of old, called the Devil and Satan, who deceives the whole world.

Remember, the two sources quoted for information on the Parkland shooting are The New York Times and CNN. There are no less dependable news sources available today.