A Little Birdie Told Me 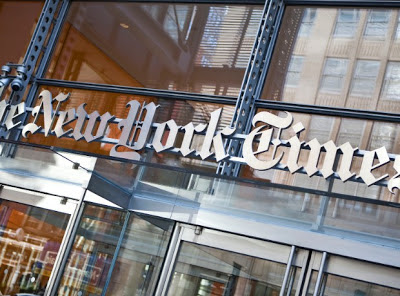 After I posted yesterday’s blog that focused on the subject of government spying I was browsing some news sites and came across some excellent articles on the same subject. The first article I found was located on The New York Times, and was dated June 19, 2013. The information it reveals far exceeds the revelations disclosed by Edward Snowden. This really causes one to wonder what the government agenda is when it will pursue one individual for disclosing information that has been in the public domain for years, while raising no outcry about a New York Times article that shares far more egregious information.

The mainstream media has been giving the Edward Snowden story so much coverage that one has to question what the agenda is of the powers that be. If they did not want the extent of the government’s spying disclosed, they would surely shut down the presses that are reporting on this information.

What I suspect is happening, is the powers of the New World Order are seeking to condition the populace to the idea that being spied upon by the government is normal, necessary, and will not go away. Readers are left with a sense of powerlessness. Protest and you will be branded a terrorist or spy. Accept the government’s intrusive spying and you will be left alone.

Perhaps that is the distinction between Edward Snowden and James Risen and Nick Wingfield, the authors of the news article published by The New York Times. Risen and Wingfield, although disclosing far more damning information about the government’s collusion with technology companies, are reporting the information without protest. Their attitude is one of impartiality, or perhaps indifference. They merely report on the current state of things, but they do not raise any alarm about loss of privacy, or the dramatic expansion of government intrusion into the lives of its citizens. The following excerpts from The New York Times article disclose the interconnectedness of government spying agencies and technology companies.

To get their hands on the latest software technology to manipulate and take advantage of large volumes of data, United States intelligence agencies invest in Silicon Valley start-ups, award classified contracts and recruit technology experts…


Despite the companies’ assertions that they cooperate with the agency only when legally compelled, current and former industry officials say the companies sometimes secretly put together teams of in-house experts to find ways to cooperate more completely with the N.S.A. and to make their customers’ information more accessible to the agency… They are also under subtle but powerful pressure from the N.S.A. to make access easier.


Skype, the Internet-based calling service, began its own secret program, Project Chess, to explore the legal and technical issues in making Skype calls readily available to intelligence agencies and law enforcement officials, according to people briefed on the program who asked not to be named to avoid trouble with the intelligence agencies.


Project Chess, which has never been previously disclosed, was small, limited to fewer than a dozen people inside Skype, and was developed as the company had sometimes contentious talks with the government over legal issues, said one of the people briefed on the project. The project began about five years ago…


Microsoft executives are no longer willing to affirm statements, made by Skype several years ago, that Skype calls could not be wiretapped…


Many software technology firms involved in data analytics are open about their connections to intelligence agencies. Gary King, a co-founder and chief scientist at Crimson Hexagon, a start-up in Boston, said in an interview that he had given talks at C.I.A. headquarters in Langley, Va., about his company’s social media analytics tools.


The future holds the prospect of ever greater cooperation between Silicon Valley and the N.S.A…
[Source: http://www.nytimes.com/2013/06/20/technology/silicon-valley-and-spy-agency-bound-by-strengthening-web.html]

Visit the following link and you will get an idea about the scope of the attention The New York Times is giving to this subject. Day after day the populace is being bombarded with articles on government spying. All this attention seems intent on bringing the subject out in the open while controlling the conversation to make it seem reasonable for the government to gather vast amounts of data on its own citizens.

Mainstream media is downplaying any government overreach, and is emphasizing a message that spying on citizens, and gathering vast reams of data on them, is not a cause for concern. This bias is revealed in the heading of the following news article.

Is there truly no outcry over the government’s surveillance programs, or is The New York Times attempting to make it appear so? I am convinced that it is the latter. Those raising an alarm are denied a voice in the mainstream media to express their concerns. This is how the powers that be shape public opinion. They marginalize the dissenters, criminalize the whistleblowers, and emphasize the fairy tale view that everything is business as usual, no cause for alarm.

Following are some excerpts from another news article that I came across yesterday after I posted the blog on Big Brother.


Is the Government Spying On You Through Your Own Computer’s Webcam Or Microphone?
June 24, 2013
Source: Washington’s Blog

Government – Or Private Individuals – May Be Watching and Listening


We documented earlier today that –  if you are near your smart phone – the NSA or private parties could remotely activate your microphone and camera and spy on you.
This post shows that the same is true for our computer.


Initially, the NSA built backdoors into the world’s most popular software program – Microsoft Windows – by 1999.


And a government expert told the Washington Post that the government “quite literally can watch your ideas form as you type” (confirmed).


Reuters documented last year that the U.S. and Israeli governments can remotely turn on a computer’s microphone:


“Evidence suggest that the virus, dubbed Flame, may have been built on behalf of the same nation or nations that commissioned the Stuxnet worm that attacked Iran’s nuclear program in 2010 [i.e. the U.S. and Israel], according to Kaspersky Lab, the Russian cyber security software maker that took credit for discovering the infections.


Kaspersky researchers said they have yet to determine whether Flame had a specific mission like Stuxnet, and declined to say who they think built it.


Cyber security experts said the discovery publicly demonstrates what experts privy to classified information have long known: that nations have been using pieces of malicious computer code as weapons to promote their security interests for several years..


From what we know, the NSA has back door access into Apple, Microsoft , and Google…


Imagine however that the NSA has access to these updates at the source and has the ability to alter these updates in order to install some sort of spyware on your phone, tablet, or computer. The software could turn on your camera or microphone remotely, read all your private data, or erase everything and brick your phone or computer.


Moreover – as documented by Microsoft, Ars Technica, cnet, the Register, Sydney Morning Herald, and many other sources – private parties can turn on your computer’s microphone and camera as well.


All sorts of programs are available to let you remotely commandeer a webcam, and many of them are free. Simple versions will just take photos or videos when they detect movement, but more complex software will send you an e-mail when the computer you’ve installed the program on is in use, so you can immediately login and control the webcam without the hassle of having to stare at an empty room until the person you’re stalking shows up.


The bottom line is that – as with your phone, OnStar type system or other car microphone, Xbox, and other digital recording devices – you shouldn’t say or do anything near your computer that you don’t want shared with the world.


Postscript: You could obviously try to cover your webcam and microphone when you don’t want to use them.
[Source: http://www.blacklistednews.com/Is_the_Government_Spying_On_You_Through_Your_Own_Computer%E2%80%99s_Webcam_Or_Microphone%3F/26892/0/0/0/Y/M.html]

My purpose in sharing this information is NOT to incite protest, nor to cause alarm. Rather, it is to inform the people of God of the true state of things that they might walk wisely in the midst of a crooked and perverse generation.

It is quite reasonable to conclude that the mega corporations that dominate all areas of communications technology have been working in collusion with government spy agencies for a long time. If any company proved unwilling to cooperate with the government, there were ways to apply pressure upon them. The same powers that run the government also control banking and the media. Simply cut off a company’s access to financing, or begin a media smear campaign to cause a company to lose favor with the public. If all else fails, a hostile corporate take-over can always be arranged whereby a company that is complicit with the government can take ownership of some less compliant technology company, and bring it into line with the government’s wishes. This is evidently what occurred when Microsoft acquired Skype in 2011.

Shortly after Microsoft purchased Skype, fundamental changes were made in the way Skype routes its communications sessions. Following is an excerpt from an Internet source:

According to CNN, hackers and bloggers are saying the changes, which push some of the video calling process onto Skype’s own computers instead of onto random machines on the Internet, could help the app spy on users’ calls, presumably at the request of a court or government.


“Reportedly, Microsoft is re-engineering these supernodes to make it easier for law enforcement to monitor calls by allowing the supernodes to not only make the introduction but to actually route the voice data of the calls as well,” Tim Verry, from the website ExtremeTech, wrote last week. (Supernodes are third-party computers that act as a sort of directory service for routing calls.)


“In this way, the actual voice data would pass through the monitored servers and the call is no longer secure. It is essentially a man-in-the-middle attack, and it is made all the easier because Microsoft — who owns Skype and knows the keys used for the service’s encryption — is helping.”
[Source: http://lissnup.wordpress.com/2012/07/27/skype-whos-listening/]

It would be well that the saints today take the words of King Solomon to heart.

Ecclesiastes 10:20
Furthermore, in your bedchamber do not curse a king, and in your sleeping rooms do not curse a rich man, for a bird of the heavens will carry the sound, and the winged creature will make the matter known.

Did you ever wonder where the saying, “A little bird told me” originated? Solomon is to be credited with it.

Modern technology has breathed new life into this old proverb. Therefore, be careful what you tweet! 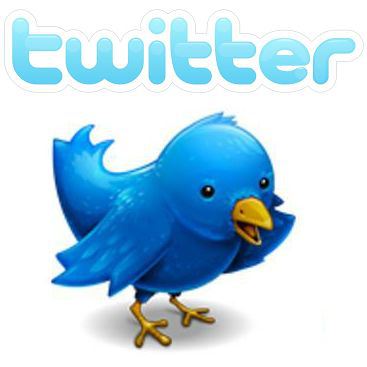