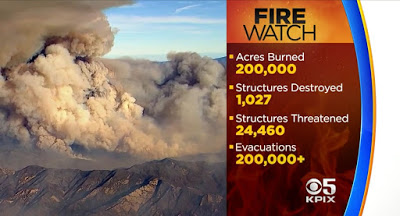 Lately I have had numerous people corresponding with me about the fires in California. Some non-conventional news sites are focusing on the California fires just as much as the mainstream news. The truth is that this is the season for fires in California. California has a sparsely watered environment. It is the reason for the mainly sunny, dry summertime that California is famous for. California is the 2nd largest state in the contiguous United States. Only Texas is larger. It is the most populous state by a long shot, having in excess of 38 million residents.

Due to California’s size it takes up a great deal of the national news. California isn’t all the same in  its weather for it covers a lot of ground from north to south. 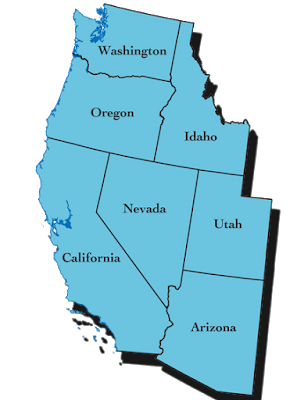 The lower 2/3rds of the state contains most of the people, and it is also where the most severe fires are. The following map shows the current and recent drought condition of the state.

The state of California has just gone through a multi-year drought. Such droughts are not uncommon for the state, but now that it has so many people they are felt far more than they used to be. The drought was broken last winter when California had an above average level of rain and snowfall. This above average level of rain does not change the plant life very much. After all southern California is mainly Chaparral because it does not receive very much rain and the humidity is very low, generally below 10%. Though when it does get into the trees the fire is everywhere. 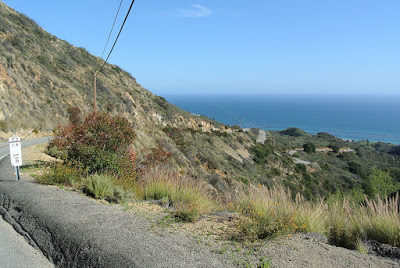 The winds generally come down from the mountains toward the ocean. At this time of year California has Santa Ana winds which can blow 40 to 100 mph, occasionally higher. Can you imagine trying to squelch a fire in these conditions? Ashes can carry far with such mighty winds. Accuweather.com put out the following for the week following Friday December 1st.

“A once a decade type wind storm,” is how AccuWeather.com Western Expert Meteorologist Ken Clark is describing the Santa Ana winds.


The populated Santa Ana wind-prone areas will endure gusts to 70 mph, while the highest gusts on the neighboring mountaintops will range from 80 to 100 mph.
(https://www.accuweather.com/en/weather-news/once-a-decade-santa-ana-wind-e/58416)

That was quite a set-up. No wonder the weather service put the wildfire alert system into uncharted territory.


The color-coded system showing the expected strength of the winds driving the region’s fierce wildfires has reached uncharted territory, pushing past red, which means “high” into the color that means “extreme.”

“The forecast for tomorrow is purple,” said Ken Pimlott, director at the California Department of Forestry and Fire Protection. “We’ve never used purple before.”


Southern California has already been hit hard by three major fires that have put tens of thousands of people under evacuation orders and destroyed nearly 200 homes and buildings, a figure that is almost certain to grow.


But the hard-won progress of firefighters could be erased Thursday.


“We’re talking winds that can surface that can be 80 miles an hour,” Pimlott said. “These will be winds that there will no ability to fight fires.”
(http://time.com/5053638/california-wildfire-wind-purple-alert/)

I want to thank my friend Kathy for the preceding link. A year doesn’t go by without some major wind, and with the increase of people and a fair amount of dry lightning a major fire is due to break out. Not only this, but the way the government fights wild fires contributes to their destructiveness. If we take into consideration the top ten most destructive fires since lists were kept in California, two were in the 1990 and eight of them have been since the year 2000.

Now we have people looking for some other answer to the problem. They are looking at government interference in the fires. Some are suggesting that the government is flying over the fires and starting them with Direct Energy Weapons (D.E.W.). I will provide one YouTube video that makes such claims below.

This video is not true. If you look at what he says he leaves out lots of necessary information, and the information he does provide is inaccurate. For example, about 7:30 into the video he makes a claim about Nikola Tesla and what he had developed. I encourage you to read Under the Microscope – Examining All Things Closely before you accept that claim.

Even if the government does have a weapon that will start a fire, what makes them want to start California wild fires? Why don’t they start them when there is less wind? There is too much that is unsaid in the video for me to like it.

If you are browsing the alternative news and come across sites such as the one advocating D.E.W. weapons as the cause of wild fires just ask yourself several questions. Have fires been reported here before? Are there exacerbating circumstances that make fire control in this area difficult? Are the fire control procedures making future fires worse? Are more people in the area making the chance of fire more pronounced?

Don’t immediately believe the broadcast of bologna. The days will get harder to tell the truth from a lie, but lies often have signs that give them away.