Christians Have Been Trumped – Part 2 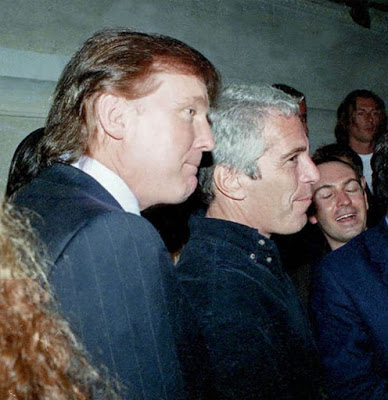 
According to an article written in 2002, Trump has been friends with Jeffrey Epstein since 1987. He said in an article in New York Magazine, “I’ve known Jeff for fifteen years. Terrific guy, He’s a lot of fun to be with. It is even said that he likes beautiful women as much as I do, and many of them are on the younger side. No doubt about it – Jeffrey enjoys his social life.”

Jeffrey Epstein is a billionaire known for his under-age sexual appetite. He was charged with one count of sex with a 13 year old, serving 13 months. He also paid out millions of dollars to more than 40 underage girls as part of his settlement. What do you think Donald Trump’s time with Epstein
was all about, since he admitted that he admired Epstein for his poor morals? Epstein ran a sex ring out of his property. Of this same man, President Bill Clinton had a hearty relationship for he is reported to have flown on his plane 26 times in a three year period. This is the Bill Clinton that was known for his sex acts with Monica Lewinsky and others: Kathleen Willey, Juanita Broaddrick, Gennifer Flowers, Paula Jones, et al.. It is clear that those close to Jeffrey Epstein were kept near by their addiction to sex.

What about other Presidents in recent history. President George W. Bush was sued by Margie Denise Schoedinger of rape. Schoedinger accused Bush of  race based harassment since she was black, and of individual sex crimes in 2002. The rape was supposed to have taken place in 2000 while Bush was Governor of Texas. On September 22, 2003, it was reported that Schoedinger died of suicide, being shot with a gun to the head, nine months after filing the suit. The Harris County, Texas, Medical Examiner’s office ruled the death a suicide. 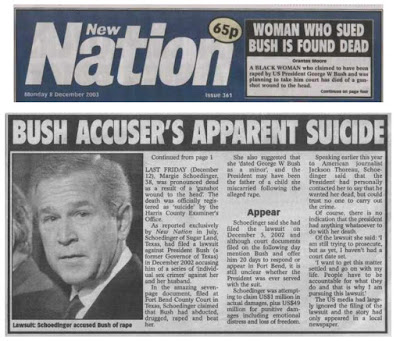 Another sex scandal revolving around President George Bush involved Tammy Phillips, a partner in a gym in Carrolton, TX. According to credible sources these are only two of the dark stories surrounding George Bush. He had a history as a sexual deviant prior to his time as President, and since that date as well. His father was even a greater villain. His abuse of boys from Nebraska Boys Town is so dark it has never seen a successful court case.

You cannot believe what the Catholic priests say in defense of Boys Town. The Catholics have been abusers of boys for many, many years. Putting Catholics in charge of defenseless boys is like turning over cheese to the rats.

What is evident is that ever since Bush was President there has been a series of quiet sex scandals involving the highest person in the land. They have been quiet because the mainstream media has given them very little space in their forums. There is nothing different about the current President. The person appointed to the highest political seat in the land often gets their seat for their moral failures. Donald Trump has been openly sexual throughout his whole life. He boasts about the number of women he has had. He has even had three wives, trading them in like we trade in cars when they have started to show their mileage. What does the Bible say about such practices.

Malachi 2:13-16
And this is the second thing you do: You cover the altar of Yahweh with tears, with weeping and crying; So He does not regard the offering anymore, nor receive it with goodwill from your hands. Yet you say, “For what reason?” Because Yahweh has been witness between you and the wife of your youth, with whom you have dealt treacherously; Yet she is your companion and your wife by covenant. But did He not make them one, having a remnant of the Spirit? And why one? He seeks godly offspring. Therefore take heed to your spirit, and let none deal treacherously with the wife of his youth. “For Yahweh God of Israel says that He hates divorce, for it covers one’s garment with violence,” says Yahweh of hosts. “Therefore take heed to your spirit, that you do not deal treacherously.”

Barack Obama gave rise to homosexuality, even making marriage between two women, or two men an acceptable choice in the land. He has said that it is right, but Yahweh has said it is wrong.

Leviticus 18:22
“Do not practice homosexuality, having sex with another man as with a woman. It is a detestable sin.”

Leviticus 20:13
“If a man practices homosexuality, having sex with another man as with a woman, both men have committed a detestable act. They must both be put to death, for they are guilty of a capital offense.”

Now we have Trump practicing widespread, unbridled sexuality. He knows no bounds. He is not even ashamed to take his own children for his sexual gratification. 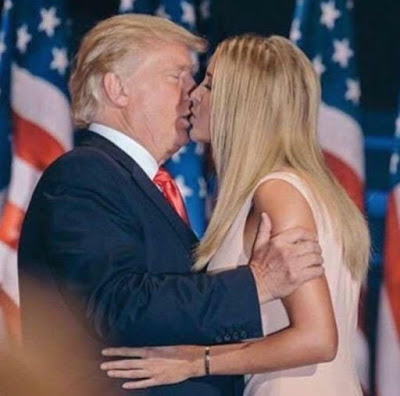 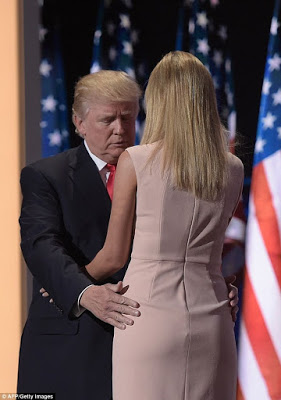 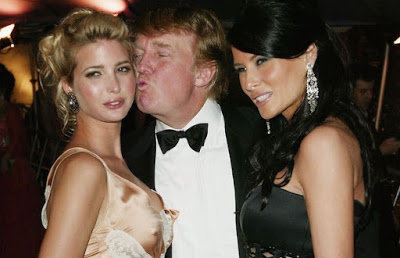 
You may think that Ivanka looks very meek and saintly. The media is a forum for selling an image of something to people. The man who is running for President must have a godly looking family. After all, how can he reveal himself to be a protector of evangelicals unless it were so? Yet where is the testing of evangelical Christians. Are they to accept every man who declares that he will protect them? What of the past? What about the pictures the members made while they were not running for a Presidential family? 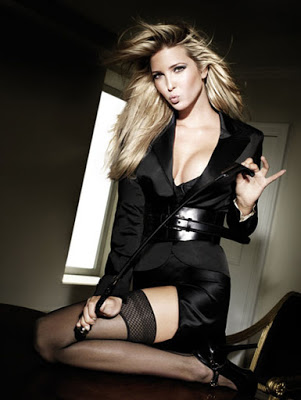 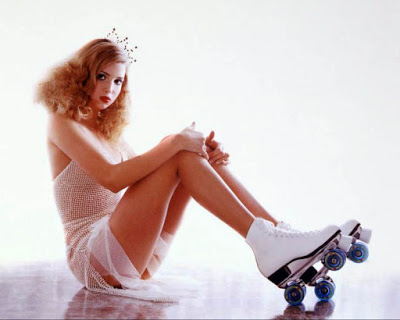 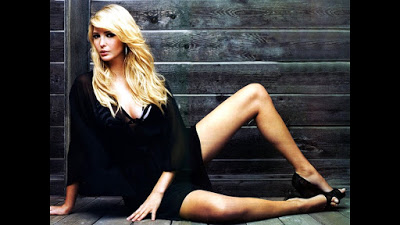 
There are more troubling pictures of Ivanka and Melania, but I will not post them. It is not my intent to spread pornography across the Internet, it is merely my desire to show that Donald Trump is not the man he is currently showing the world. Does anybody think Donald Trump does not think of his daughter sexually? He said he does on television. All of the pictures of the two of them together in the most romantic ways show it. He never had to think of her in the way a typical father did because he said he never raised any of his children.

To know Donald Trump in truth you only need to view the statues in his home in Trump Plaza. There is a very pronounced statue of Eros and Psyche in his gold gilded living room. This is in his $100 million dollar home in NYC. 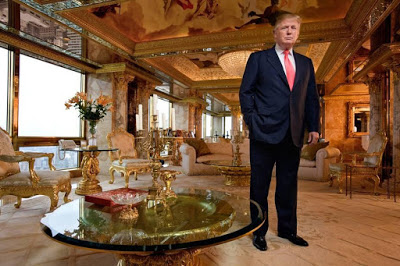 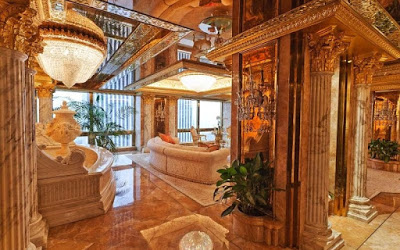 Can you imagine spending $100 million on your home? What if you had more than one house? His Mar-a-Lago estate is another multi-million dollar home, as is his airplane, complete with a bedroom. Yet his three floors at the top of the Trump Plaza are the most decadent he has. He has the very top floor, with his wife Melania and son Barron holding down the two lower floors. He has named the top floor the 66th. Some people also suggest that it is 666 feet from the ground. He has lived in this design since 1985 with all three of his wives, and who knows how many women, taking turns in it. 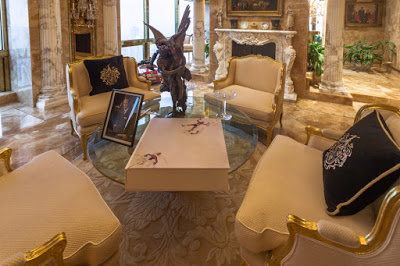 The story of Eros and Psyche is one of “erot”ic love. Eros is the root of the word erotic. They gave birth to a daughter named Hedone, from where we get the word “hedonistic” which means “sensually self-indulgent.” This word truly describes the life Donald Trump has led. On the wall above the fireplace can be seen a picture of Apollo being led forth in a chariot by Aurora. All around him on foot are various women. The whole picture contains one male surrounded by many females. This too is a synopsis of Donald Trump’s life. He has spent his days bedding one woman after another.

We don’t have as much of a problem believing Hillary Clinton did evil things. Many people voted for Trump to prevent Hillary Clinton from being elected, but they have merely put another wicked person in power. Following is an account of Hillary’s evil from before her husband Bill was President.

You will note that the victim in this video has much good to say about Donald Trump. She has escaped one delusion only to be caught up by another. What is perhaps harder for Christians to understand is that Chelsea Clinton is not Bill Clinton’s daughter. She is the daughter of Hillary Clinton and Webb Hubbell. 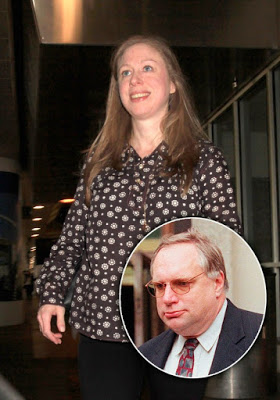 
This knowledge has been known since Hillary was working with Hubbell at the Rose Law Firm in Little Rock, Arkansas. Bill Clinton is not even upset with this fact. He appointed Webb Hubbell as Assistant Attorney General and continues to socialize with him. 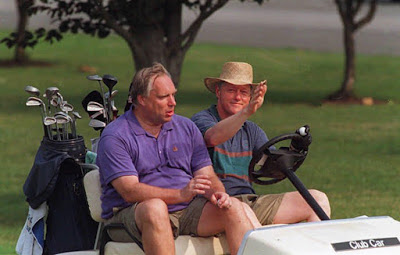 What could they possibly have in common? How about two morally repugnant (supposed) dads. It is certainly enough to get them bonded. Do you think Donald Trump and Hillary Clinton were really after one another during the election? Was Trump really going to press charges against Hillary as he said he was going to do.

How much evidence does it take to prove someone wrong? If we see the pervasiveness of deception in this day, and we understand the way that sexual depravity spreads, we should not be surprised. Remember, we are in the last days and Satan will deceive the whole world.

Revelation 12:9
So the great dragon was cast out, that serpent of old, called the Devil and Satan, who deceives the whole world…

In the book Push Back! I shared my thoughts on the next sexual evil that would be given accelerated attention in the news media. It was child molestation. We are seeing this happening today. 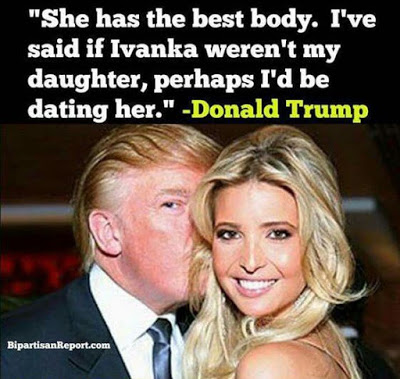 Donald Trump was a billionaire when he had his daughter. He was used to getting anything he wanted, having many women a day. He had his daughter at his beck and call any time he wanted her. He is pictured taking many photos with her as if she were a call girl. Is this not the reason all her brothers and sisters treat her different? Is this not the reason they look to her to say things about their father? Billions of dollars in inheritance is a lot to capture a child’s allegiance. Donald Trump does not think as you and I. He has never said he was sorry to God for anything, not even for raping young girls
.
If you are not persuaded that the media is presenting an allusion to you, should you not read again the Network of Deception?

It is time to wake up.

I Thessalonians 5:5-6
You are all sons of light and sons of the day. We are not of the night nor of darkness. Therefore let us not sleep, as others do, but let us watch and be sober.